If you’ve ever been a kid (and who hasn’t?), you’ve probably played with Play-Doh – the iconic modeling compound with the unique smell that was invented in the 1930s as a wallpaper cleaner (really!) and saved from extinction by a teacher who saw her pupils playing with it and thought it would make a great toy. The rest is Play-Doh history … but not the history of kids playing with clay-like products made from unusual substances. (FYI – according to its patent, Play-Doh is composed of water, a starch-based binder, a retrogradation inhibitor, salt, lubricant, surfactant, preservative, hardener, humectant, fragrance, color, a petroleum additive for smoothness and borax to prevent mold … no wonder there are so many warnings not to eat it!) A researcher in Siberia studying unusual Ice Age blobs of what appeared to be ivory determined they’re actually figurines and toys formed by prehistoric Siberian kids playing with a Play-Doh-like compound made from softened mammoth tusks. Were they warned not to eat it? 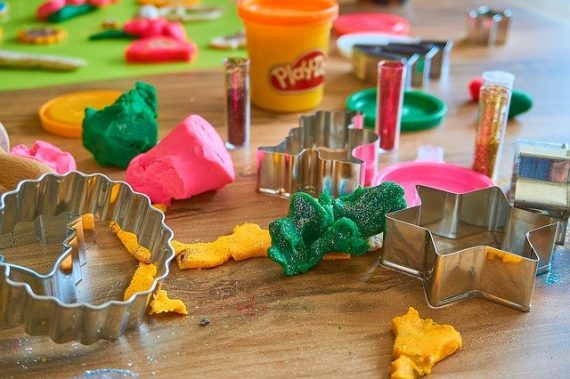 “The mammoth tusk was softened to the extent that it resembled modern-day playdough. We don’t know yet how ancient people achieved that. On the items we can see traces of stone implements and the flows of the substance before it stiffened. This means that the tusk was softened significantly, the consistency was viscous. Most likely it was not for the entire tusk, but its upper part which was processed.”

Dr. Evgeny Artemyev, an archeologist at the Siberian branch of the Russian Academy of Sciences, told The Siberian Times he was taking a second look recently at some solid elongated ivory bars found twenty years ago at the Afontova Gora-2 archeological site near the river Yenisey in Krasnoyarsk. He noticed that what looked like odd-shaped blobs from most angles became a bear, a mammoth and a sleeping human when turned just the right way. (Photos here.) That convinced him these were either some form of primeval art or Ice Age children’s toys – both theories adding to the mystery of how what were thought to be primitive people figured out how to soften ivory and then make art and toys.

“Perhaps we don’t get to see reports about such finds because scientific teams rarely publish about items that can’t be properly explained. These elongated ivory bars could be blanks prepared to make making implements, or tools, or future toys - or anything else, we can only guess.”

Artemyev gives his theory as to why such ancient play-dough-from-tusks figurines have never been found before. Techniques for softening ivory are well known – most using boiling water, milk and gelatin but, as Ancient Origins points out, they also require one ingredient that adds to the mystery – phosphoric acid. Readily available today, how did this ancient people figure out how to make it? 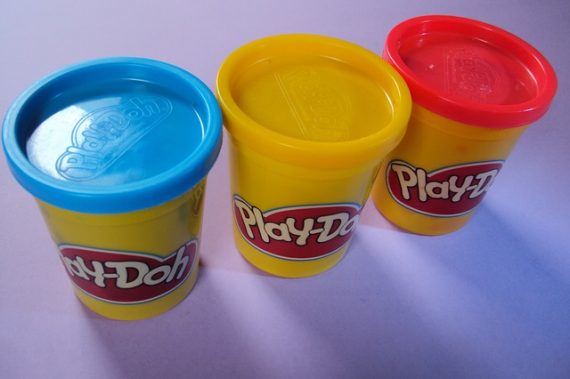 The best way to ponder these mysteries that Dr. Evgeny Artemyev will continue to research is with a ball of Play-Doh in your hands. Remember – don’t eat it!