According to a Nessie expert, the Loch Ness Monster is not a giant eel or even a dinosaur, but claims it is instead an ancient and undiscovered sea turtle that got trapped in the Loch Ness when the water receded at the end of the last Ice Age.

Retired chemistry and science studies professor Henry Bauer claims that his research on descriptions given on the elusive creature over the years indicates that it is more similar to sea turtles than anything else. 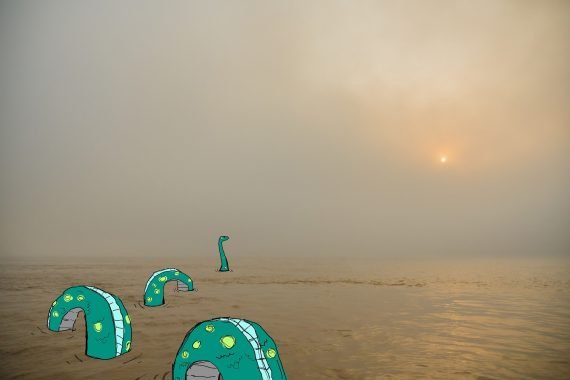 He stated that since the creature is barely seen, it would suggest that it spends long amounts of time underwater. In an interview with the Daily Record, he said that “everything described for the Loch Ness Monster squares with is known many living and extinct species of turtles.” “They're air-breathing but spend very long periods in deep water.” “They venture onto land, are very fast in water, have the ability to be active in very cold water and have relatively long necks.”

Bauer referenced a sighting that occurred in 1960 when an aeronautical engineer named Tim Dinsdale took a video of a hump that left a wake in the waters of Loch Ness. “Tim Dinsdale’s film taken in 1960 is the conclusive proof, but there are also innumerable contacts by sonar, some excellent underwater photographs, and a few plausible surface photographs.” “I became seriously interested after seeing Dinsdale's film, and 26 years later was an observer at Loch Ness during Operation Deep Scan, when a whole fleet of boats made a sonar search for Nessie.” “Everything points to creatures that spend most of their time in the deepest parts of the Loch.” He went on to say that the evidence does not support the theory that it is a large eel.

The first written account of the Loch Ness Monster dates back to a biography written about St. Columba that explained how, in 565 AD, he made a stop at the Loch Ness in order to confront a creature that was said to have been killing people in the water. When he arrived at the water, he witnessed the creature getting ready to attack a swimmer so Columba intervened in an attempt to stop it. He told the creature to “go back” and incredibly it listened and swam away.

There have been countless reports of Nessie since then with 13 alleged sightings just in 2020 and they can be seen on The Official Loch Ness Monster Sightings Register website.

Scientists Listen to Those Who Hear Voices of the Dead