Shadow People, Mothman, and the Making of a Monster

At first glance, the ways and means by which the Slenderman was created appear very simple. At second glance, however, things are just about anything but simple. Indeed, many things in life are so often not what they seem to be. With the Slenderman, though, just about nothing at all is as it seems. As for the wholly down to earth explanation for the Slenderman's "existence," well, it all began in early June 2009, specifically on the 10th of the month. That was when a man named Eric Knudsen chose to do something that some might view as intriguing, others as groundbreaking, and many – from today’s perspective – as downright dangerous. Knudsen molded, nurtured and duly unveiled what is just about the creepiest and most hostile creature that the Internet has ever seen: the Slenderman. 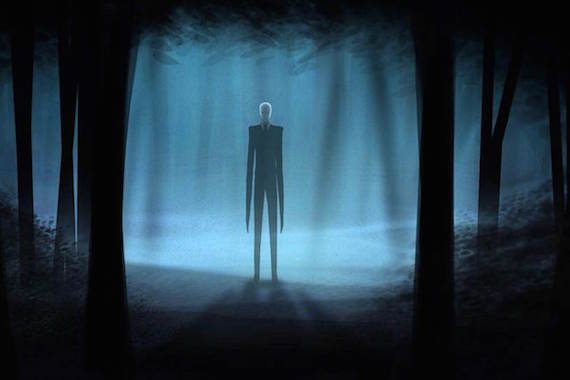 By his own admission, Knudsen had more than a few inspirations for his personal creature of choice – some were from the world of horror-fiction. Others, however, came from the all too real, and all too dangerous, domain of the supernatural. They included the notorious Men in Black of UFO lore, Mothman, the collective works of H.P. Lovecraft, sinister Shadow People, Zack Parsons’ That Insidious Beast, the works of Stephen King, and an eerie character known as the Mad Gasser of Mattoon. The goal, Knudsen explained, was to create "something whose motivations can barely be comprehended and causes general unease and terror in a general population." He certainly achieved his goal. And way more, too.

It’s very clear that a great deal of thought went into how, and under what circumstances, the Slenderman was practically destined to become the bad-boy, rock-and-roll-star of both the paranormal world and the Internet. Given the nature of the Slenderman and his dark deeds in fiction and, later, in reality – as well as in a hazy combination of both – you might very well be forgiven for assuming that the creation of the creature occurred in the darkened bowels of a creepy, old house. Or, even, in the cellar of something resembling Castle Frankenstein on a dark and thundery night. Not so. Actually, the complete opposite is the case. According to one of Knudsen’s colleagues, it was a slow workday afternoon when the Slenderman imagery began to emerge in Knudsen’s mind and quickly came to fruition. How profoundly odd and down to earth, then, that the definitively unearthly Slenderman was born amid an afternoon of boredom in the workplace. In no time at all, the Slenderman – phenomenon, meme, and soon to be entity – began to take shape. In fact, said Knudsen, "It was pretty spontaneous."  By now, there was absolutely no going back. 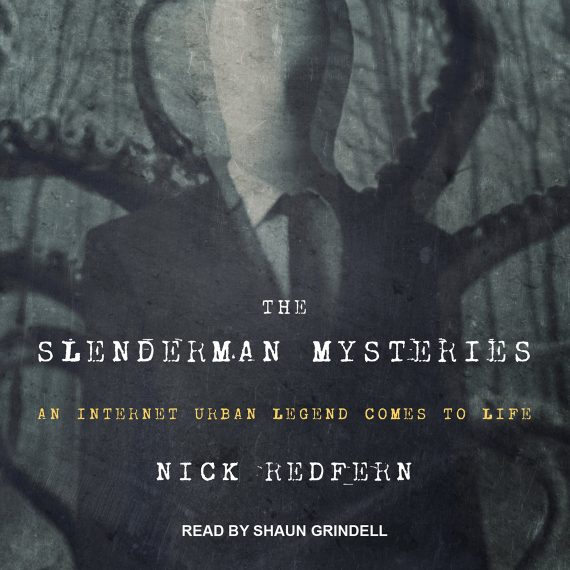 Using the alias of "Victor Surge"” and prompted by a then-new competition launched by the folks behind the Something Awful website to create images of a supernatural variety, Knudsen set out to do his best. He achieved precisely that – and much more, too. Knudsen secured a pair of black-and-white-photos – B&W so very often provokes an atmospheric and unsettling vibe – and digitally altered them. In other words, he inserted into the pictures a grim, tall, thin monster in a suit. In a black suit. Knudsen then uploaded his pair of carefully and skillfully manipulated images to the forum section of Something Awful, which is known for running competitions that revolve around photo-shopped imagery. They were the very first images of what became known as the Slenderman.  Rolling Stone’s Bryn Lovitt said of Knudsen’s actions: "The idea was to see who could use their Photoshop skills to create the best new mythological creature. Activity and praise for Surge’s tall, faceless ghoul flourished around the post immediately."

As for the two photos, they were both very similar; in the sense, at least, that both images showed the tall, thin, black-suited and faceless Slenderman in the midst of groups of children. The creature also sported a number of octopus-like tentacles, which waved in the air and beckoned menacingly, and which was admittedly an undeniably great touch. Thus, and almost instantly, the Slenderman’s infamously unhealthy and dangerous connections to kids and teenagers was born and unanimously accepted: where there were children, there was sure to be the Slenderman. In rapid-fire time, there was a new boogeyman in town.