A team of international archaeologists and paleoanthropologists unearthed a big amount of stone tools dating back 2 million years during the Early Pleistocene period in addition to fossilized bones and plant materials. The discovery was made at a site called Ewass Oldupa which is located in the western part of the ancient basin Olduvai Gorge (now called Oldupai) in the northern part of Tanzania.

The stone tools that were found were part of the Oldowan which is the oldest-known stone tool industry that dates back 2.6 million years and were believed to have been created by Homo habilis although it’s known not for certain. The authors noted that while they haven’t found any remains belonging to Homo habilis, they did discover bones from that species very close by at another site only 1,148 feet away.

Professor Tristan Carter, who is a researcher in the Department of Anthropology at McMaster University and a co-author of the study, detailed this further by stating, “Our research sheds further light on our distant origins and evolutionary history.” “The exposed canyon wall reveals 2 million years of geological history and ancient sediments have preserved the stone artifacts remarkably, as well as human and faunal remains.” 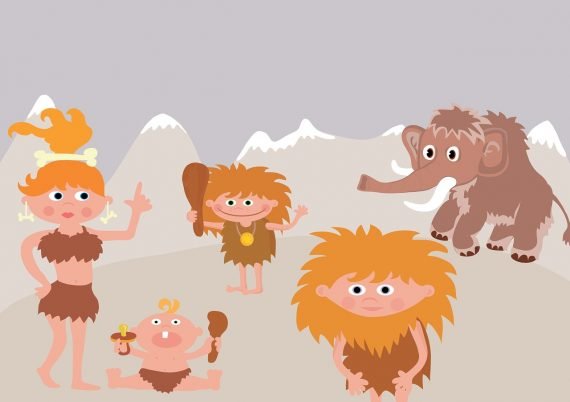 Some of the animal fossils that were found at Ewass Oldupa include pigs, hippos, wild cattle, lions, panthers, primates, hyena, birds, and reptiles. This reveals that while the site changed dramatically over the years, humans and animals still came to the site. “Our research reveals that the geological, sedimentary and plant landscapes around Ewass Oldupa changed a lot, and quickly,” the researchers explained. “Yet humans kept coming back here to use local resources for over 200,000 years.” “They used a great diversity of habitats: fern meadows, woodland mosaics, naturally burned landscapes, lakeside palm groves, steppes.”

They went on to say the area was often covered with ash because of volcanic eruptions and that it shows “one of the earliest examples of adaptation to major ecological transformations” as described by Dr. Pastory Bushozi who is a researcher at Dar es Salaam University and another co-author of the study.

Julien Favreau, who is a Ph.D. candidate in the Department of Anthropology at McMaster University and another co-author of the study, weighed in by stating, “The artifacts are truly spectacular in terms of their age, but what they really show is that through time, human ancestors were occupying vastly different environments with only one tool kit. It really speaks to their behavioral flexibility and ecological adaptability.”

Another interesting fact was that most of the rocks that were used to create the tools came from a location that was 7.5 miles away (12 kilometers) which indicates that they went through a lot of planning in order to make them. (A picture of some of the tools and the site of Ewass Oldupa can be seen here.)