My new article is about the strange creatures of the U.K. and how they parallel those of the United States. Part 1 was on Bigfoot. The second part was on the mysterious creatures that lurk in the lakes, rivers and canals of the U.K. Today, I'm focusing on the strange flying beasts that have, from time to time, been seen in the U.K. They are eerily similar to what have been seen in the United States. I'll begin with a creepy creature that first surfaced in the southwest of England in the summer of 1976 and that has become known as the Owlman. It all began during the weekend of Easter 1976, when two young girls, June and Vicky Melling, had an encounter of a truly nightmarish kind in Mawnan Woods. The girls were on holiday with their parents when they saw a gigantic, feathery "bird man" hovering over the 13th Century church. It was a story that their father, Don Melling, angrily shared with a man named Tony "Doc"” Shiels. I say "angrily" because Shiels was a noted, local magician who Melling came to believe had somehow instigated the whole affair. Or as Shiels, himself, worded it: "“…some trick that had badly frightened his daughters." Shiels denied any involvement in the matter whatsoever. But that was only the start of things.

Another one to see the Owlman was Jane Greenwood, also a young girl. She wrote a letter to the local newspaper, the Falmouth Packet, during the summer of 1976 that detailed her own startling encounter: “I am on holiday in Cornwall with my sister and our mother. I, too, have seen a big bird-thing. It was Sunday morning, and the place was in the trees near Mawnan Church, above the rocky beach. It was in the trees standing like a full-grown man, but the legs bent backwards like a bird’s. It saw us, and quickly jumped up and rose straight up through the trees. How could it rise up like that?" Indeed! Occasionally, the beast is still seen. 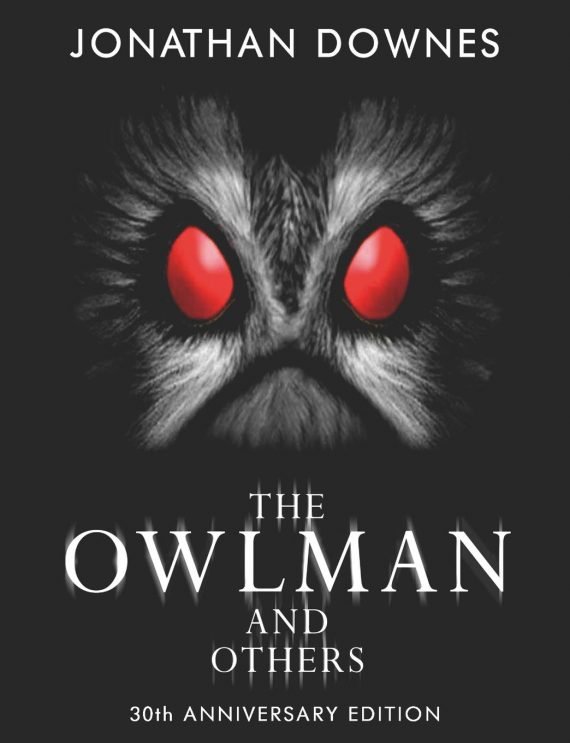 The Reverend F.G. Lee was the author of a still-acclaimed 19th century book titled Glimpses in the Twilight. Published in 1888, it is filled with all manner of amazing and chilling tales, including one of a terrible, monster-bird. Lee, who extensively researched the strange story, said: "In the middle of the last century, circa 1749, owing to several remarkable circumstances which had then recently occurred, a conviction became almost universal among the inhabitants of the village, that the vaults under the church of West Drayton, near Uxbridge, were haunted." He continued:

“Strange noises were heard in and about the sacred building, and the sexton of that day, a person utterly devoid of superstition, was on inquiry and examination compelled to admit that certain unaccountable occurrences in regard to the vault had taken place. Others maintained that three persons from an adjacent manor-house in company had gone to look through a grating in the side of the foundation of the church – for the ventilation of the vault, and from which screams and noises were heard constantly, and there had seen a very large black raven perched on one of the coffins." According to the Reverend Lee: "This strange bird was seen more than once by the then parish clerk pecking from within at the grating, and furiously fluttering about within the enclosed vault. On another occasion it was seen by other people in the body of the church itself. The wife of the parish clerk and her daughter often saw it." Eventually, however, the beastly bird’s reign of terror was brought to an end.

Imagine driving, late at night, across the foggy moors of central England and coming across what looks like nothing less than a living, breathing pterodactyl! Think it couldn’t happen? It already has. From 1982 to 1983, a wave of sightings of such a creature – presumed extinct for 65 million years - occurred in an area called the Pennines, better known as the “backbone of England” and comprised of rolling hills and mountains. So far as can be determined, the first encounter occurred at a place with the highly apt name of the Devil’s Punchbowl, on September 12, 1982. That was when a man named William Green came forward with an astonishing story of what he encountered at Shipley Glen woods.

It was a large, grey colored creature, that flew in “haphazard” style and which possessed a pair of large, leathery-looking wings. The latter point is notable, since it effectively rules out a significantly sized feathery bird, and does indeed place matters into a pterodactyl category. Seventy-two hours later, a woman named Jean Schofield had the misfortune to see the immense beast at the West Yorkshire town of Yeadon. That the thing was heading for the Leeds/Bradford Airport provoked fears in Schofield’s mind of a catastrophic mid-air collision between a passenger plane and the mighty winged thing. 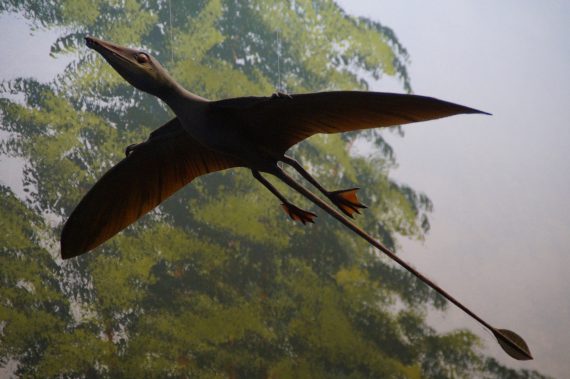 Perhaps inevitably, the local media soon heard of the sightings and the story was given pride of place in the newspapers of the day. While the theory that a large bird of prey had escaped from a menagerie or zoo satisfied the skeptics, it did not go down well with the witnesses, who were sure that what they had encountered was something straight out of the Jurassic era. Rather notably, the media attention brought forth additional witnesses, including Richard Pollock, who claimed he and his dog had been dive-bombed by the monster, which descended on the pair with alarming speed, “screaming” as it did so. Pollock hit the ground, protecting his dog as he did so. Given the fact that the creature was practically on top of him, Pollock couldn’t fail to get a good look at it: he described it as reptilian, and with a face that looked like a cross between a crocodile and a bat, which is actually not a bad description of a pterodactyl.

There was then somewhat of a lull in reports; but they exploded again in May 1983. There was a sighting at Thackley on May 6, by a witness whose attention to the creature was provoked by the sudden sound of heavy wings beating above. Yet again, it was a case that not only caught the media’s attention but provoked others to come forward. One of them was a Mr. Harris, who said that in November 1977, at Totley, he saw just such a flying monster that soared overheard, growling as it did so. He was adamant that what he saw was a full-blown pterodactyl.

In the fourth and final installment, I'll be focusing on out of place animals - very out of place.