Tasmania’s thylacine is usually called the Tasmanian tiger because of its stripes and the more fearsome reputation of that animal compared to Tasmanian wolf – the other name for the creature that is not related to either and a marsupial rather than a placental mammal. However, some thylacine researchers have proposed a “convergent evolution” between Tasmanian wolves and actual ones (Canis lupus) where the species both developed similar traits by existing in similar times and climates with similar environments and potential prey. This was eventually linked to protein-coding regions of their genomes that were involved in the development of bone, cartilage and facial muscles – areas that gave them both their familiar wolf heads. One of those researchers is Professor Andrew Pask of the University of Melbourne who has just released a new study showing that these wolf heads looked the same from newborn to puppies to adults. Could there be more of a connection than just convergent evolution? 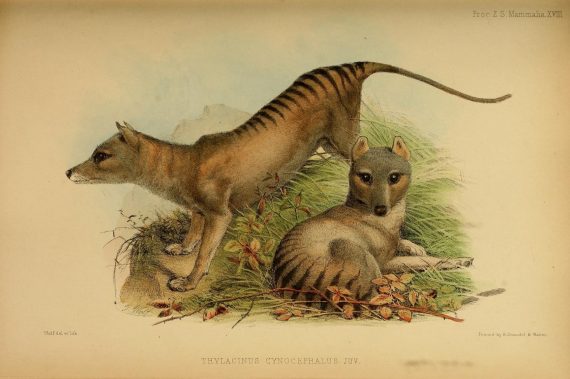 "Remarkably, the Tasmanian tiger pups were more similar to wolf pups than to other closely related marsupials."

In a press release on the new study he co-authored in Communications Biology, Professor Pask describes how he used micro-CT scanning to create digital reconstructions of wolf and thylacine skulls loaned to his team by Australian museums and the Museum of the North in Alaska. Micro-CT (also called microtomography or micro computed tomography) is similar to conventional CAT scans but on a smaller scale with greater resolution. This allowed Pask and lead author Dr. Axel Newton to recreate the skulls of newborns and juveniles through adulthood. What they saw was astonishing.

“We find the thylacine and wolf crania develop along nearly parallel growth trajectories, despite lineage-specific constraints and heterochrony in timing of ossification. These constraints were found to enforce distinct cranial modularity and integration patterns during development, which were unable to explain their adult convergence. Instead, we identify a developmental origin for their convergent cranial morphologies through patterns of mosaic evolution, occurring within bone groups sharing conserved embryonic tissue origins.”

In other words, the thylacine and wolf skulls are nearly identical in all stages of growth – even though the Tasmanian wolves are born with already well-developed jaws just like all other marsupials. It’s those jaws that forced their skulls to maintain their wolfen shape from birth to adulthood, rather than evolving into some other shape. 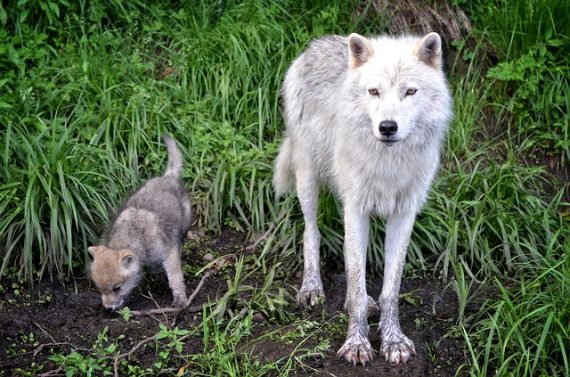 While this doesn’t bring the thylacine and the wolf any closer as species on the evolutionary scale, it will help researchers build a truer history of the Tasmanian wolves prior to the few decades before their extinction where records were available. Plenty of misassumptions have been made based on legends, hearsay and partial fossils, so knowing that they’ve always looked like wolves will help build a better evolutionary history of the creatures.

At least until someone finds a live one.

The Weird Disappearance and Mystery of Mark V. Dennis