The Bizarre Case of a Man From Nowhere

There are plenty of cases out there on mysterious disappearances, when people have just seemingly dropped off the face of the earth, but not as well-known are the many that deal with mysterious appearances. Sometimes it seems that people just walk in out of nowhere, with no hint as to who they are, where they came from, or what has happened to them. One notable case comes from the 1940s, when a mysterious stranger came to a hospital in out of the ether to baffle everyone for decades before leaving this world without an identity, leaving behind him a wake of far more questions than answers.

It was February of 1945, and for the Boston’s U.S. Public Health Service Hospital in Boston, Massachusetts, it was business as usual. The hospital at the time often admitted patients who had been injured while off at war, in fact specializing in injured seamen. On this day, they received an emergency case of what they assumed at first to be such a patient, an unconscious man suffering from apparent shrapnel wounds, but this patient did not fit the typical profile. For one he was in his late fifties or early sixties, with graying hair, and his arms were adorned with numerous prominent tattoos. When the hospital asked the ambulance driver who the patient was, all he could tell them was “Charles Jamison,” before driving off to leave the medical staff perplexed. There was no identification of any kind on the man, no way to know who he really was, and so would begin one of the weirdest cases of an unidentified person from nowhere there is.

When “Jamison” was examined, doctors turned up all sorts of intriguing clues. His clothes were missing all of their labels. He had a prominent scar on his right cheek, a missing left index finger, and then there were those tattoos. Among these were hearts and various flags including both the American and British flags, as well as a faded tattoo of the words “U.S. Navy.” The man also had a lot of health issues besides the apparent shrapnel wounds, such as seeping sores all over his body and the most pressing being an acute and life threatening bone marrow infection that required immediate attention. In the meantime, it was assumed that he must be a sailor with either the Navy or a merchant marine vessel, but no records of a “Charles Jamison” could be found. The man was treated for his bone marrow condition, a procedure that unfortunately left him wheelchair bound, and he would finally gain consciousness, but this did little to solve the mystery as at first he seemed unable to speak. Even when he did start speaking, he mostly just said unintelligible, garbled nonsense, only able to really affirm that his name was Charles Jamison, and so the mystery deepened.

When Jamison gained a bit more lucidity, the mystery would be compounded by the fact that it appeared he was suffering from serious amnesia of some sort. He was unable to recall where he was from, how he had come to be in that ambulance, what had happened to him, or even who he was other than his name. Renewed efforts were made to identify him, but even running his fingerprints through the FBI and military databases turned up no record of him. When photographs of him were widely circulated all over the country and he appeared in newspapers, not a single person came forward to claim him, despite his distinctive appearance and the fact that he was a large man who would stick out in a crowd. Even stranger still was that when ambulance dispatches were contacted, none of them reported having sent the ambulance that had dropped the man off. He was a ghost.

Jamison spent years languishing in the hospital’s care, wheelchair bound and spending his days mostly in a deep, almost trance-like state. He rarely said anything or even made a sound, lost in his own thoughts or lost to madness, no one knew which. It would not be until 1953 that a new director at the hospital, an Oliver C. Williams, decided that more effort needed to be made to somehow get through the veil to communicate with the mystery man. He designed a kind of word game, in which Jamison would be shown a picture or be told a phrase and asked what meaning it held for him. Through this method some information was dredged up from the depths of his murky mind. Although he could give no information about himself or his possible family, he was able to name two British statesmen, Benjamin Disraeli and William Gladstone, thinking they were still alive even though they had been dead for some time. It wasn’t much at first, but Williams kept at it and was slowly able to uncover more. Jamison would eventually recall that he had served in the British Navy and that he was from London and had lived in a gray house. He claimed that he had served on a ship called the Bellerophon during World War I and that he had been involved in some top secret missions. He also mentioned serving on a ship called the Cutty Sark. This seemed like a solid lead, but the British Navy would find no record of a Charles Jamison serving with them in World War I, and the Cutty Sark had been decommissioned for 50 years. Jamison also mentioned a New Zealand vessel he had served on, the Hinemoa, but the New Zealand Navy similarly had no records of anyone with that name. Just who was this guy? 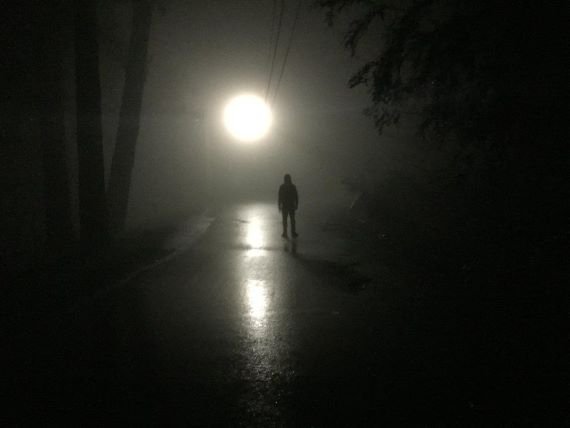 Just in case, the U.S. Navy was contacted as well, and they seemed to hit pay dirt when not only did they have records of a “Charles William Jamison,” 49 years old and born in Boston, but that he had served on a troop transport ship that had been docked in Boston just days before the man had shown up at the hospital. The records stated that Jamison had been in a German POW camp and picked up by the ship after the British vessel carrying him, the Cutty Sark, was torpedoed, which was odd since the British Navy had said that this ship had been inactive for decades before that. But surely this had to be him, right? Well, it would turn out to not be that simple. The records speaking of Jamison were all handwritten, rather than the usual typed format, which was very unusual, and there was no way to verify the information. There was also no one who could actually recall a Charles Jamison on the troop transport ship. Birth records also showed no Charles William Jamison had been born in Boston between the years of 1885 and 1905. The closest anyone could come was a Charles Jamison born in Illinois in 1908, but Jamison himself had absolutely no recollection of even being in Illinois, and a lack of information about the Jamison from there turned this into another dead end. Other leads that popped up over the years ended the same way.

The best lead yet came in 1956, when a person came forward to say that he might know Jamison after seeing his widely circulated picture. The man claimed that it looked just like his father-in-law, a man named Frank J. Higgins. This was made even more compelling when it was found that Higgins had worked on a freighter called the “Frances Salman,” and that he had disappeared at sea while sailing from Maine to Newfoundland in December of 1941. This information had everyone very excited, and it seemed the case had finally been solved, yet these high hopes were brought down to earth when Higgins’ fingerprints failed to match those of Jamison. Another dead end. Jamison would live at the hospital for nearly 30 years and die alone without anyone ever finding the answer to who he was. No one ever claimed him even in death, and he left this world alone without anyone knowing who he was, not even himself. Who was Charles Jamison? It is a very strange and rather tragic case of someone who passed into the public consciousness unknown and left it just as much a stranger as ever, and it is one of the weirder cases of people mysteriously appearing from nowhere.

Nuclear Disaster on the Red Planet?