The Bizarre Case of the Air Q400 Incident

August 10, 2018, started like any other at the Seattle–Tacoma International Airport, in SeaTac, Washington. At around 1:30 PM, a Horizon Air Bombardier Dash 8 Q400 came in for a landing from a flight from Victoria, British Columbia, after which it was to stay on the ground for the day. So far, so normal, but airport personnel and flight control were surprised to see the plane later begin taxiing towards runway 16C. Attempts were made to radio the pilot and get the aircraft to identify itself, but there was no response as the unscheduled flight began to prepare for takeoff. At 7:32 PM, the plane roared down the runway to go tearing up into the sky with landing gear still extended and the wheels smoking, yet air traffic control still had no idea who was flying it or where they were going. And so began a wild goose chase and one of the stranger aviation incidents in recent years.

As the unauthorized plane headed out over the Puget Sound, two fully armed McDonnell Douglas F-15C Eagle fighter jets were scrambled in order to intercept if need be, and the mysterious pilot was maintaining his silence. After repeated attempts to contact the pilot, he then suddenly replied, and proved to be quite talkative, although little of it made much sense. The at the time the unidentified pilot made some casual chit chat, talking about how beautiful the sunset was over the Olympic Mountains and remarking on the gorgeous scenery over the Puget Sound, but the conversation soon get very weird. The pilot mused about whether he could manage to do a barrel roll and other maneuvers to “see what the aircraft can do,” requested the coordinates of an orca that had been on the news for mourning its dead calf, and asked if Alaska Airlines would hire him as a pilot if he successfully managed to land the plane. During all of this air traffic control had grounded all other flights and were trying to steer him away from populated areas as the F-15s kept their missiles trained on the plane, ready to fire on command. This went on for about an hour before then the mystery pilot would give among his chilling last words:

I’ve got a lot of people that care about me, and it’s going to disappoint them to hear that I did this. I would like to apologize to each and every one of them. Just a broken guy, got a few screws loose, I guess. Never really knew it until now. Minimum wage, we'll chalk it up to that. Maybe that will grease some gears a little bit with the higher-ups. 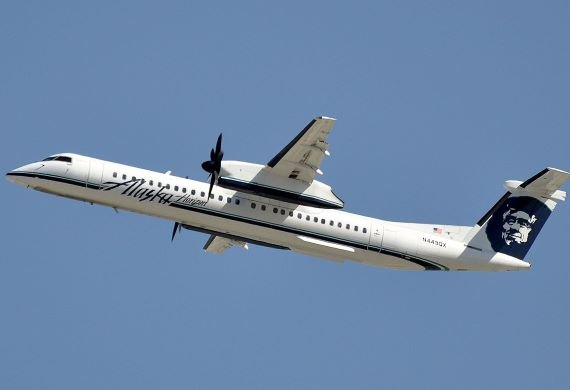 Not long after this, the plane tried to do a tricky aerial maneuver, only to begin losing altitude and careen into the woods on the sparsely-populated Ketron Island, in Puget Sound, destroying the plane and killing the pilot, but luckily injuring no one else. The incident was soon all over the news, and it would be found that the perpetrator had been a 29-year-old ground crew worker for Horizon Air by the name of Richard Russell, but this was only one mystery solved of many more that baffled authorities. Perhaps first and foremost is how he managed to get his hands on the plane to begin with. Everyone in the vicinity of a plane, including baggage handlers, maintenance workers, flight attendants, and pilots have a close eye on them at all times and undergo extensive background checks, and only authorized personnel are actually allowed into the plane. How did someone not notice that this guy was taking a plane? And this is only the beginning.

Another conundrum is how he was able to actually start up the plane and take off in it. With one airline official stating, “For a generic employee to even know how to start the engines, that’s a task in and of itself.” It’s not just like starting a car, but is rather a complicated procedure, and although as a maintenance worker Russell would have perhaps had some exposure on how to start planes, flying it would be another manner. It would turn out that Russell had absolutely zero formal flight training, and had learned how to fly by playing flight simulators on his home computer. That he was able to get the plane moving, taxi it down the runway, take off, and fly around for an hour is almost a miracle, all without proper clearance. In addition, even though it got him crashed he had even managed to perform some aerial feats such as loops and barrel rolls that trained pilots would call remarkable for the type of plane it was, which is described as being “not acrobatic,” as well as considering the pilot’s complete lack of any real experience. It is also seen as a miracle that he just happens to have been someone who had just snapped and was out looking to amuse himself and was perhaps suicidal as well. It is estimated that if he had wanted it so, he could have easily plowed the plane into a populated place to cause great damage before the fighter jets were able to intercept.

There was also the mystery of why he had done it in the first place. Interviews with fellow employees painted Russell as a well-liked, if quiet worker, and it was also found that he was a student at Washington State University Global Campus, majoring in social science and was active in the local Christian youth ministry. All of those who had known him expressed shock and surprise that he would have done such a thing, and there was found to be no evidence that he had any propensity towards suicidal ideation. Nevertheless, the main idea here is that whatever his aim was, Russell had been planning it for a long time. A pilot with SkyWest Airlines by the name of Joel Monteith has come forward to reveal that he had seen Russell with another unidentified man “pointing and flipping switches” inside an empty airliner cockpit, and that they had quickly left when confronted. Monteith believed that Russell had been planning this for a while, and says of it:

I went over and confronted them, and I said, ‘Hey, what are you guys doing in here? But they kind of … started to get up and then leave the airplane when I confronted them. So, that was kind of suspicious. I don’t think the thing with this guy is like a plot that this dude just came up with like overnight. I think that maybe this guy had been thinking about doing this for a long time and then maybe the Q400 that he took was just an airplane of opportunity.

But the question remains why? Why did he decide to take this plane and do what he did? Was this just a spur of the moment joyride or a calculated plan? Was he planning to make it out alive or was this a one-way trip for him? The FBI would would be very evasive on the whole matter, would rule out terrorism, and ultimately deem it a suicide, saying of it:

Interviews with work colleagues, friends, and family—and review of text messages exchanged with Russell during the incident—did not identify any information that would suggest the theft of the aircraft was related to wider criminal activity or terrorist ideology. Although investigators received information regarding Russell's background, possible stressors, and personal life, no element provided a clear motivation for Russell's actions.

Officially, that is where it stands. Yet there are many aspects that have not been satisfactorily answered for many. What caused this unassuming man to go off and hijack a whole plane and how did he pull it off? What drove him to such madness? How was he able to actually take off in this aircraft and go flying around doing aerial tricks with only video games as his guide? It is all a perplexing mystery, and has proven to be one of the most talked about aerial unsolved cries in some time.