The Bizarre Disappearance and Strange Death of Philip Taylor Kramer

There are myriad tales of mysterious vanishings and deaths out there which will probably never be solved. Yet among these some of the most enduring and mysterious are those that happened to those who are well known celebrities in some respect, as well as those infused with a sense of conspiracy and unknown, nefarious parties lurking in the shadows. One case that combines both of these elements is that of a rock star who went on to become an important tech prodigy and then vanish off the face of the earth to leave plenty of mysterious and bizarre clues in his wake.

The man named Philip Taylor Kramer was probably most famous as the bass player for the rock group, Iron Butterfly during the years between 1974 and 1980, helping them to make their studio albums Scorching Beauty and Sun and Steel in 1975, and continuing to play with the groups Magic and Gold between 1977 and 1980 after Iron Butterfly broke up. Although he had joined Iron Butterfly in the years past their prime, Kramer was still considered to be a successful musician, and even though he dropped off the musical radar in later years, he became successful in a completely different world well removed from the rock scene. Kramer went on to get a degree in aerospace engineering, getting involved with all manner of research and development with the US Department of Defense, such as working on the MX missile system, and he would also become heavily involved in computer engineering, carving out a reputation for himself as a bit of a math and computer whiz. In 1990 he co-founded the company Total Multimedia Inc., which was involved in pioneering work in video compression technology, as well as the company SoftVideo Inc., and he also dabbled in his own theoretical research into such far-out concepts as faster-than-light communication speeds and warp travel. With his success, wife, and two beloved kids, his life seemed to have had a sort of reawakening, but dark clouds were ahead.

Things started to unravel for Kramer in 1994, when both of his companies went bankrupt in quick succession and were reorganized. This was very dismaying to him, because he would relate to his wife that he had been at work on a major groundbreaking development in data compression technology. He excitedly explained that with this technology a computer could be shown just a fragment of a photo of a missing child’s face and within seconds find that child in a sea of thousands of people, something he proclaimed had never been done before and which had countless possible applications. In the months after the bankruptcy, Kramer’s behavior began to veer off into the odd. He became withdrawn and would shift from morose to high spirits at a moment’s notice. He began blurting out all manner of strange statements, such as telling his business partners, “God's a scientist, a perfect scientist! Chaos is perfect order,” saying to his sister “You've got to be centered. If you're centered, you'll be saved when the supernova happens and they come,” and proclaiming to a friend “Learn from the beauty of the eye that beholds all the wonders of the world and yet is blind unto itself. The difference is between day and night.” He had also gotten heavily into a popular New Age book called The Celestine Prophecy, by James Redfield, which deals with various psychological and spiritual ideas, harnessing mystical energy, energy fields, and vibrations to change one’s life and move to a higher plane of existence, and he claimed that he had actually channeled the sequel to the book before it had even been written. He also began finding little hidden mystical meanings in everyday situations, and his wife would later explain a hike she had had with him in February of 1995, of which she says:

We went on a hike to the top of the hill by our house and we looked across and you can see the whole valley where we live. And there’s a cross up on the hill that belongs to one of the colleges nearby. And he turned around and he pointed to the cross and he said, ‘Look, honey, our house is right in the path of this cross.’  He started to see sacredness in everything.

The very next day, on February 12, 1995, Kramer went to visit his father-in-law, after which he went to go pick up a business associate and investor by the name of Greg Martini and Martini's wife at Los Angeles International Airport. He apparently arrived early, waited for around 45 minutes, and then left for unknown reasons. After this he made a flurry of 17 calls to various people, including his wife, business associates, and the former Iron Butterfly drummer and good friend, Ron Bushy, who said he sounded “stressed and scared, like maybe he’d even been crying.” He also told Martini over the phone that something had come up, and that he and his wife should go directly to a hotel, where he would meet up with them later, and then he told his own wife that he had “a big surprise” for her. His last call was to 911, during which he said he was going to kill himself, giving the cryptic message “I'm going to kill myself. And I want everyone to know O.J. Simpson is innocent. They did it.” After this, he seemed to have just driven off the face of the earth. He never did arrive at the hotel, there were no further calls to anyone, his credit cards were never used again, nothing. 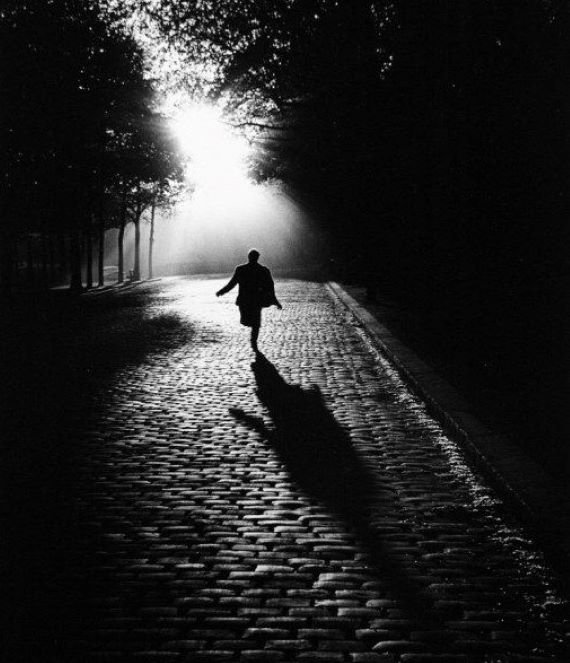 A massive search and investigation were launched in the wake of Kramer’s odd disappearance, during which some strange clues would pop up. It would become apparent that he had been working on video analysis of a video that the FBI and the DEA had for the O.J. Simpson murder trial, which would explain his reference to Simpson in his last call, but what did it all mean? No one knew. It also came to light that he had been very paranoid right before his vanishing, with his wife, Jennifer, telling authorities that he had told her that he believed someone was following him and out to get him, although he never really explained who that might be. This was odd, since Kramer had no known enemies, had not been involved in any crime or drugs, had not had any business transactions that had soured, nothing of the type. Another weird clue that turned up was that when he had visited his father, he had given him a cheap plastic child’s toy and cryptically claimed that it was a wondrous device, saying “It's all right here. I know you don't understand, but it's all right here.” What does this mean? It was all made even more puzzling when a single phone call came from the missing Kramer to his wife two weeks after he had disappeared, during which he merely said “Hello, hello,” before hanging up forever.

The search for Philip Kramer went on for years, with no one really able to piece together why he had made those calls, what any of his strange statements and behavior in the days before his vanishing had meant, or where he had gone. There were scattered reports of sightings of Kramer, such as at a yard sale and electronics shop, but none of these could be confirmed. It made the rounds in the news and on TV shows, but there were no new leads, and it all swirled into a morass of conspiracies and theories on his disappearance. One idea was that he had stumbled across new technology that shadowy parties had deemed the world to not be ready for, and had so erased him to keep it secret. Another was that he had actually fulfilled what had happened at the end of The Celestine Prophecy, in which the protagonist manages to reach a higher state of being and evaporates from the physical plane of reality. A bonkers theory was proposed by a psychic, who claimed that he was being worshipped as a god living among a Native tribe in California, and still other weird ideas were that he had uploaded his consciousness into a computer or been abducted by aliens. Yet another idea was that he was still alive somewhere, on the run from someone or something. L.A. police officer Chuck Carter would say of this:

On May 29, 1999, at least part of the mystery would be solved. On this day, Kramer’s car and body were found at the bottom of Decker Canyon, near Malibu, California. The remains were highly desiccated, but dental records confirmed it, and the cause of death was seen to be merely the blunt force trauma from the drop. Authorities came to the conclusion that for all of the theories that had been swirling about, the final cause was “probable suicide” due to Kramer’s financial problems. Yet many are not convinced. One of these is his father, Ray Kramer, who claims that his son had specifically told him that if he ever turned up dead and it was ruled as a suicide that he was not to believe it. Ray thinks that his son was targeted by people who knew he was onto groundbreaking research, including the secret to faster than light travel and communications. It is an area that he himself was involved in, and according to him his son had finally cracked it, with all of the mysterious messages being codes and calls for help. Ray Kramer would say:

Taylor had told me a long time before there were people bothering him. They wanted what he was doing and some of them threatened him. He once told me that if I ever say I'm gonna kill myself, don't you believe it one bit. I'll be needing help.

Kramer’s friend and ex bandmate, Ron Bushy, would concur, saying, “Somebody put a gun to his head, because he'd just made a breakthrough in this new technology." Is that what happened here? Was this foul play enacted against him because he knew too much? What was the meaning of his bizarre behavior, his mysterious statements and calls, and his claims of secret research? Was someone really out to get him, and if so, who? Or was this just a simple suicide of a man who had been driven over the edge, devolving into ranting insanity before taking his own life? We may never know, and it is all a bizarre odyssey of a man who went from rock star, to tech genius, to perplexing unsolved mystery.

Scientists Identified Over 500 New Species in 2020