The Bizarre Mystery of the Guardian UFO

The list of strange UFO cases is long, and one doesn't have to look far to find one that raises eyebrows and incites debate. Some of these have toed the line between possible real event and hoax, often falling on neither side and spurring many questions and much discussion. One such case comes to us from the wilds of Canada, involving a strange UFO sighting, a possible crash, and a mysterious package sent by an unknown party containing things that continue to be debated and discussed.

The whole bizarre story starts on August 18, 1991, in the small, rural historic township of West Carleton, Ontario, in Canada, where on this evening a housewife by the name of Diane Labenek was relaxing at her home on an otherwise rather uneventful night. However, at some point her dogs outside began to go nuts, after which she got up to go look outside. That was when she saw what she would describe as red flames and smoke belching up from a nearby field. It was a very bizarre sight to see, but it would get even stranger when she saw an outlandish unidentified object in the sky looming over it all, and she would say of it:

I looked out the window and I saw flames out on the field, extremely red flames and lots of smoke. It didn’t look like a fire. I know what a fire looks like when you start a fire out there when the grass is very dry. If you start a fire, you will see it moving either this way, or closer to the woods. And the fire was on one spot only. I saw a ship coming down close to the flames. Right on top of the ship, I saw a blue flashing light and another light was on the bottom, very bright. I didn’t know what to do. I was looking at it for about 10 minutes or so. And then the ship went a little bit back over the trees and it disappeared and I saw all the flames turn out at the same time. I don’t think I’d like to see it again. It’s very scary. I’ve lived here for many, many years and I have never been so scared in my life. 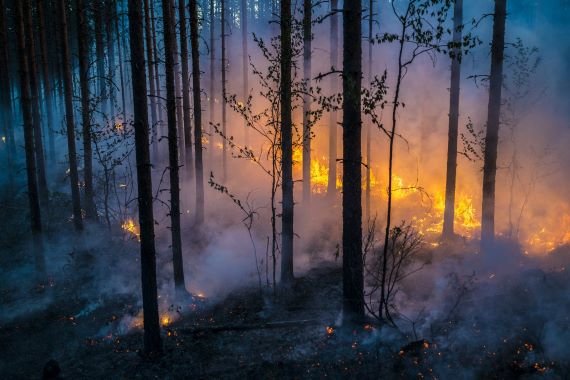 After the anomalous craft disappeared, she says that not 10 minutes later a helicopter flew over the area, which fully buzzed her home and crisscrossed the location before disappearing into the night. The next day, Diane went out to survey the scene, but could find no evidence of a fire or anything at all really. She began to doubt if she had seen what she thought she had, but nevertheless told her mother and husband about what she had seen. After that she kept it all to herself, even though she claimed that there were often frequent black-, green- or maroon-colored helicopters lurking about the area, which the military would deny having ever been there, but it would appear that this was far from the end of the story.

Six months would pass, and then, in February of 1992, UFO researcher Bob Oechsler and some other ufologists received rather odd packages in the mail from Canada. The packages all contained alleged secret military documents, pictures, a map, and a VHS videotape, labeled “Guardian,” with all of them marked by a thumbprint and claiming to show the very same object that Diane Labenek had seen. The video footage was taken at night, and appeared to show a bright flying object with a blue flashing strobe approach a clump of bright flames on the ground. This tape would soon make it out into the wild, where it was shown on several high-profile news shows and TV shows, including Unsolved Mysteries, which propelled it into the public consciousness, and in the meantime the researchers who had received this were trying to figure out what was going on.

The map included in the package was of West Carleton, so Oechsler headed there along with fellow ufologist Graham Lightfoot, where they talked with Diane and came to the conclusion that what she had seen and what was in the video were likely one in the same. As this was going on, the video was sent to be analyzed by Navy physicist Dr. Bruce Maccabee, who came to the conclusion that, while blurry and indistinct, showed something that could not be easily explained. He would say of this:

It’s one of the clearest videos I’ve seen that shows a structured object. There’s the beacon light, blue light evidently, reflecting down on the body of the craft, the outline of the object itself. You can see some sort of dark lines that appear, some brightness structure, indicating something generating light is hanging down below the object. It’s generating green light as well as blue light. The section of the video which shows the object as sort of appearing over a rise is quite convincing to me as what you would expect if somebody were in the field trying to get closer to it and not knowing how close he could get. And so he turns on his camera while he’s walking. He knows he’s going to come up over a rise and see it and you can see in the video he moves further and further down until you see the whole device.

Suddenly, the light coming towards him gets brighter and brighter and you get a great big diffuse reflection or image in the camera, which suggests to me that this object shined a beam, a blue beam right at him. It appeared to be so large that it would not be logical to try to set all this up at night, under darkness. There would’ve been evidence during the day of movement of generators, of somebody hauling cables, maybe a big apparatus or something that they would’ve had to bring in there for that night. Clearly, if there was a hoax involved, Diane would’ve seen evidence of it in advance.

He also pointed out that the video features in the background the sound of dogs barking, presumed to be those of Oechsler. Another person who analyzed the footage was Dr. Robert Nathan of NASA’s Jet Propulsion Laboratory, who reviewed it in a non-official capacity and could not adequately explain what was seen in the video. It was all very exciting, but there were some red flags as well. For one, the mysterious informant “Guardian” had provided documents that not only ranted about UFOs, Red China, and nuclear weapons, but also did not seem to be very official, with multiple errors throughout suggesting that they were forged. Bob Oechsler would say of this:

There’s some question, immediately, with regard to the authenticity of the documentation, that it didn’t look like it was a typical government document. This document is clearly a fabrication. There are way too many errors in the document to make it authentic. Someone with very little effort could have come a lot closer than this. 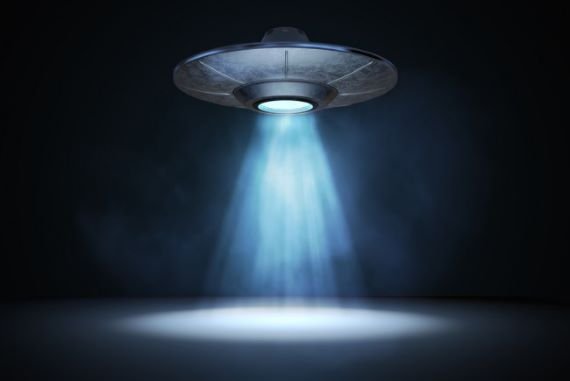 Not helping the credibility of the footage was that it at one point shows what seem to be alien creatures, which looked decidedly fake and cast it all in a suspicious light. In light of all of this, the Guardian footage was soon being dismissed as a hoax, although it was unclear who Guardian actually was. One idea was that it was being orchestrated by a man named Bobby Charlebois, who just happened to be a UFO nut and who also knew Diane, and making it even more suspicious was that he refused to have his fingerprints taken. This has thrown certain doubt over it all, but Diane Labenek  has always insisted that her sighting was real and here are those willing to defend the Guardian footage. For his part, Bob Oechsler has taken a skeptical, yet hopeful view on it all, saying:

This is either an extraordinary top secret flying vehicle of somebody’s government or it is of a non-human origin. Having no contact with Guardian is probably the biggest frustration to an investigation like this. We don’t know who Guardian is, what Guardian represents. We don’t know if Guardian was sent or went on his own. We have no idea what the solution to many of these mysteries are going to be. We may never know.

In recent years, Toronto filmmaker Nick Crowe has been endeavoring to make a documentary on the whole thing, entitled Searching for Guardian. Crowe has taken the approach of looking at the case as a possible hoax, and why anyone would want to carry out such a thing. He has said of his efforts and philosophy on the project:

I guess what we’re most interested in is the idea and belief in UFOs. Whatever happened took on an incredible life of its own. It’s not going to be an Unsolved Mystery type of story. These documentaries tend to be human interest stories. There’s definitely a human angle to this. If it was a hoax, why? Someone took a lot of care putting these video tape packages together. There’s an interesting angle there. There was an RCMP investigation; the low-flying helicopters; the Guardian element. We’re the kind of company that does everything by the book. We’re not trying to create a gotcha moment. We’re not salacious. Our interest is not to harass people to be in the film. I would like to believe but I have skepticism about it. Alien landings are kind of a central mystery. This struck me as having a lot of interesting characters around it. A lot of time and effort and thought went in to it.

So what are we dealing with here? Was this a hoax or something else? What did Diane see and who was the mysterious Guardian? It has mostly been written off as a very clever hoax, but it has also never really been fully resolved. Whatever we are looking at here seems to be evading any concrete understanding, and whether it is a trick or not, we may never know just what is going on, or if it is a hoax who orchestrated it all. One more mystery among many in the UFO field.