The Grand Warlock Makes His 2021 Predictions

With the dead psychics like Nostradamus and Baba Vanga sucking up all of the media attention for annual New Year predictions, living prognosticators must resort to unusual means to get coverage. Some bend spoons. Jemima “The Asparamancer” Packington resorts to tossing fresh spears into the air and reading where they fall. Antonio Vázquez Alba of Mexico calls himself The Grand Warlock and answers live questioners with his forecasts for the coming year. That’s pretty bold – is that also true for the Grand Warlock’s predictions for 2021?

“COVID begins to dominate between May and June, but it does not end this year. Continue, move forward, little by little, to become a new virus. The second pandemic is coming, which is not COVID, it is the economy. The economy is falling throughout Europe in an incredible way, very strong. People who did not work so many months have nowhere to live or where to live." 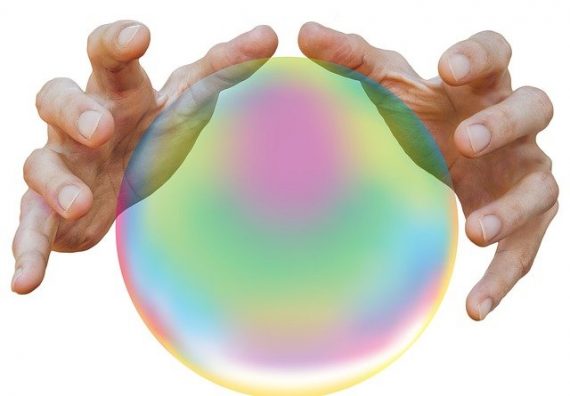 The Grand Warlock, also known as the Greater Brujo (Sorcerer), used his tarot cards and pendulum to predict more bad news in 2021 in Europe – the kind of troubles that will affect the rest of the world in general and individuals in particular … he sees suicides increasing as a result. On the political front, he predicts Mexico’s president, Andrés Manuel López Obrador, will not decriminalize abortion, but will not serve out his term through 2024 because of health issues. Up north, he predicts the protests will have “serious consequences for the United States, while Donald Trump “will have many problems” and offered the possibilities of marital separation, serious illnesses and criminal charges.

“There will be more hurricanes and flooding. From Guatemala down, they will suffer a lot from the waters, there will be no violent earthquakes, but there will be mild ones, mainly in the Caribbean region.”

That’s the local weather and other disaster forecast. On the sports front, the Grand Warlock sees the Tokyo Summer Olympics – already postponed in 2020 – postponed again to 2022 or even 2024. Before you start placing your bets, it should be noted that the Grand Warlock’s 2020 predictions included his home country having great success in the Summer Olympics, Donald Trump being reelected, a war between the U.S. and Iran and nothing on the coronavirus. In years before that, he predicted Barack Obama would lose to Mitt Romney and Fidel Castro would die in 2008 (he hung around until 2016).

The Grand Warlock likes to brag about his correct that Mexico’s team would upset Germany in the last World Cup. If that’s all he has to hang his pointy warlock hat on, maybe it’s OK to look into hotels in Tokyo this summer.