The Great Pythagoras and his Mystical Cult

The great Greek philosopher, mathematician, and thinker Pythagoras perhaps needs no introduction. His political and religious teachings, as well as his countless mathematical and scientific discoveries, have greatly influenced Western philosophy, science, medicine, and mathematics. His contributions are the nightmare of geometry students everywhere, and can be felt to this day. He has influenced great thinkers throughout history, such as Plato and Aristotle, as well as eminent scientists like Nicolaus Copernicus, Johannes Kepler, and Isaac Newton, and he even greatly impacted the worlds of art and music. He is an almost legendary figure of history, with a life full of tales in which it is often difficult to separate fact from fiction, but he is undoubtedly one of the most important people to have ever lived. However, he was also known for a good deal of very esoteric, mystical, and occult beliefs, and there was also the time he had his own bizarre cult.

For all of his mathematical and scientific genius, Pythagoras certainly had a lot of out-there ideas. He believed first and foremost that numbers were actually divine, sacred, and godlike, the very elements responsible for the workings of the entire universe, and to him mathematics and numbers created reality itself. To Pythagoras, the one universal quality of all things in the universe was numbers, and therefore they had immeasurable power and meaning. Indeed, Pythagoras’ many followers, called Pythagoreans, were told to worship numbers as sacred, to the point that they even performed a ritual sacrifice of an ox upon discovering new theorems.

In their philosophy, the number “10” was the most divine of all, called “the mother of all, the all-comprising, all-bounding, the firstborn, the never-swerving, the never-tiring holy ten, the keyholder of all,” with its own prayer dedicated to it and a symbol called the Tetractys, which consisted of a triangle with 10 points across four rows, which they literally worshipped on their knees in deep prayer. The number “1” also had great significance, as it was symbolic of how the universe had started in chaos but branched out into numbers, and “3” was a summation of the worlds history from past to future because end, middle and beginning give the number of the whole. In addition, the number “8” was meant to represent justice because 2+2= 4, the number "7 "represented wisdom, and the number "2" represented human thought. To the Pythagoreans, numbers and math were everything. They believed that through the deep understanding of mathematical theorems and numbers they could discover the very nature of the universe itself and transcend the mortal world, so numbers were integral to everything the Pythagoreans did. It is all more complex than this, but in short the Pythagoreans basically believed that God was numbers and that numbers were God. However, this wasn’t the only odd belief they had.

One key belief was what they called metempsychosis, or the "transmigration of souls." Pythagoras believed that the soul was immortal, and that upon death it would alight to go off to enter a new body, with its fate dependent on what it had done in life. It was even said that a soul could pass over into the body of an animal, and this is one of the reasons they were strict vegetarians. This recycling of souls through reincarnation was seen to be an endless, eternal cycle, with the only way to break out of it being to transcend past it through a deeper understanding of the universe and through philosophical contemplation and the study of math and numbers, by purifying one’s mind and body to the point that they could join the “psychic force that pervaded the cosmos.” Numbers of course were instrumental to all of this, indeed one’s destiny and happiness were believed to be intimately tied to numbers, and Pythagoras once said of this, “happiness consists in knowledge of the perfection of the numbers of the soul.”

The soul itself was seen as separate from the intellect, that it was the seat of emotion, and it was believed that one could nurture it and ensure a good reincarnation through adhering to a certain lifestyles, and of course the understanding of numbers. Pythagoras himself made many claims about his own past lives, such as that he had been a soldier, a fisherman, and many others, both men and women, and claimed that he had been gifted by the gods the ability to retain the memories of all of his past lives. He also claimed that he could sense old souls in new bodies, knowing who a person or animal had been before just by looking them. 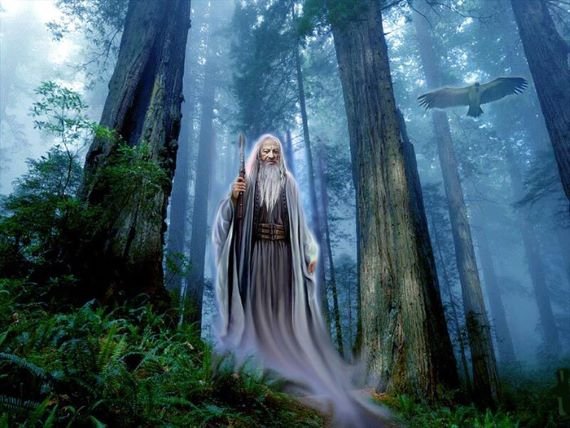 Other beliefs were that stars produced a harmony called musica universalis which sustained the very structure of the universe, that reality was tied to the musical numerical proportions of the diatonic octave, and that justice should be based on geometrical proportion. Music was also incredibly important, as it was believed that different musical frequencies and tempos could affect the vibrations of the mind, body, and even reality itself. While at first these were all disparate ideas that Pythagoras had and taught his followers, the movement gradually became more organized and more like an actual religion or cult. Pythagoras and his followers lived in their own commune at the town of Crotona, wore a standardized garb, and lived by many specific, often seemingly arbitrary rules. For instance, it was never justifiable to kill an animal unless it was a direct threat to one’s person (tell that to the oxen they routinely sacrificed), as to inflict unnecessary pain was frowned upon, but a loophole was that an animal could be killed if it was done painlessly, although lambs were never to be killed under any circumstance. This is tied of course to their vegetarian diet, and Pythagoreans were also not allowed to eat beans, for reasons that are lost to time.

Interestingly, vegetarianism was a downright anomaly in the era, especially in their meat-based culture, and the Pythagoreans were among the world’s first vegetarians, but their dietary restrictions are downright rational and understandable compared to some of the other rules of the mysterious, secretive commune. For instance, it was forbidden to put the left shoe on first, one was never to walk on public roads, and any food dropped to the floor was considered no longer edible. Sex was strictly forbidden, and indeed to even release those liquids was not allowed, as it was seen as losing a piece of the soul, although Pythagoras would relax this rule a little to allow it in the winter only. There were countless rituals to be carried out as well, many of them lost to the mists of time. 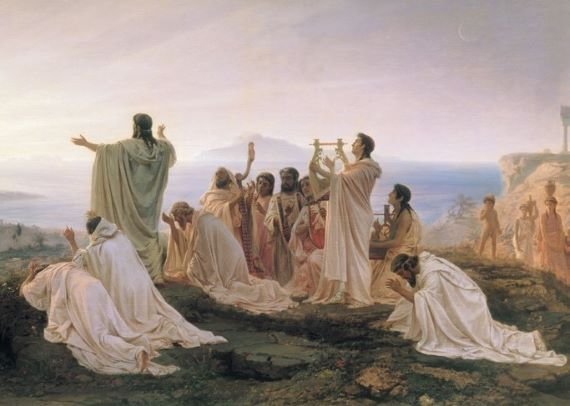 In addition to all of these rules and rituals was the initiation required of new recruits. Those who wished to join the Pythagoreans were required to spend 5 (!) years in complete and utter silence without uttering a word, and there were two levels of member within the order: the akousmatikoi and the mathematikoi. The akousmatikoi were the lower level followers, the ones who were not given the full secrets of higher math and the universe, and which were allegedly not even allowed to see Pythagoras’ face, speaking to him through a curtain or veil. The mathematikoi were the senior members, who were allowed full access to the secrets of math and were Pythagoras’ most trusted inner sanctum. Whether an akousmatikoi or mathematikoi, all of them treated Pythagoras as a divine, god-like figure, with Pythagoras himself claiming to be literally the son of the god Hermes. Indeed, his followers often called him “the divine Pythagoras,” and attributed numerous supernatural powers to him, including super strength, the power to control animals and the weather, as well as the powers of healing, reading minds, and, oddly, writing words on the moon, as well as and the ability to influence people with his purported golden thigh, as well as to throw a magical dart any distance.

If all of this seems very much like a cult, then you might not be wrong. Indeed, the Greeks saw them that way, and tended to eye the group with distrust and bemusement at best, and outright persecution at worst. Eventually in around 480 BC they were driven out of Crotona, their meeting place was burned to the ground, and they were effectively banished to live in exile. What happened to them after this is a mystery, with the Pythagoreans sort of just fading away into history to leave behind their strange legacy. Even today the Pythagorean movement is not fully understood, nor even their leader himself, with many of the accounts given second hand through various historians and philosophers, meaning that myth and reality regarding them are not always distinguishable and the details of their ways unclear. It is unknown exactly what they were up to or the extent of their beliefs, and indeed the life of Pythagoras is steeped in legend and mystery. Whatever the story is with these people, it is all certainly an intriguing mix of history, one of the greatest thinkers of all time, and mysterious mystical and supernatural beliefs lost to the fog of history.

From Terror in the Fields to Danger in the Food