The Mysterious Disappearance of Henry Borynski

Henry Borynski had a rather colorful life even before he became a great unsolved mystery. Born in a rural village in Poland in 1910, he went on to become a Roman Catholic priest in 1938 before shortly after escaping from the then German-occupied Poland in 1940. He settled in Bradford, in Yorkshire, England, where he first served with the Polish Second Corps in 1946 and went on to became Roman Catholic chaplain to the Polish community there, replacing a Father Boleslaw Martynellis. At the time there were about 6,000 refugees from Poland living in Bradford, the largest Polish emigre community in the North of England, and besides his usual priestly duties Borynski became well-known for his firebrand anti-communist sermons, protesting heavily against alleged Soviet activities and spies in Bradford in 1952, with rumors flying at the time that the Soviet Embassy was secretly infiltrating the Polish community and trying to pressure them into returning to their own country. It is unknown just how much these activist activities would play into what happened next, but a strange series of events was about to unfold that would lead into a great unsolved vanishing.

On the evening July 13, 1953, Borynski received a phone call at his home at his rectory on Little Horton Lane. His housekeeper would later report that she did not recognize the person on the other end of the line, but that he had a Polish accent. After speaking in hushed tones, Borynski put on his coat and left. It would later turn out that this person had requested that Borynski go to meet Father Martynellis, who was still giving masses in Bradford to Lithuanian refugees, but when he arrived at the home of Matynellis he was told that no such call had been made or authorized by him. Puzzled, Borynski returned home, only to receive another call later that evening. According to his housekeeper, Brynski spoke in Polish in strange hushed, clipped tones with his hand always cupped over the receiver, before saying “Now is the time, I go.” Once again Borynski put on his heavy coat, which seemed a bit odd considering that it was a hot summer night, and left. He would be seen turning on Little Horton Lane to walk in the direction of St Luke's Hospital, and then he just seems to have kept walking right off the face of the earth.

Considering that Borynski had left behind all of his belongings, including his money, personal papers, and prayer books, there was no alarm at first, and it was just assumed that he would come back later that evening, but he never did. When he did not return for two days, authorities were notified, and the Bradford Police launched an investigation, along with the assistance of Scotland Yard and the intelligence agency MI5. During their investigation, one of the main focal points was Martynellis, as he had been one of the last to see Borynski and he was already on the police radar for being what they called a man with a “dubious reputation” and a “shifty, untrustworthy individual who would stop at nothing to gain his own ends.” The Polish community also was suspicious of Martynellis, as he was widely rumored to have been fired from Borynski’s position due to having had an illicit affair with a woman, and further raising red flags was the fact that he was found to have purchased 60 lbs. of caustic soda in the weeks before Borynski’s disappearance.

The investigation would come to the conclusion that there was no evidence that Borynski had been kidnapped or been the victim of foul play, yet they could not determine where he had gone or what had actually happened to him. Then, a month after the investigation had begun, Martynellis would pop up once again when he was found collapsed in his home, reporting that he had been attacked by two men who had ordered him to keep quiet. What was going on here? Whatever role Martynellis might have had in the whole affair he would take to his grave in 1955, when he died of a heart attack. After this, the case would go cold, with no new leads and no suspects. No one knew if Borynski had been kidnapped, murdered, or had simply fled back to Poland, but the main consensus was that Borynski’s outspoken sermons and protests against the Soviets had had no small part to play. 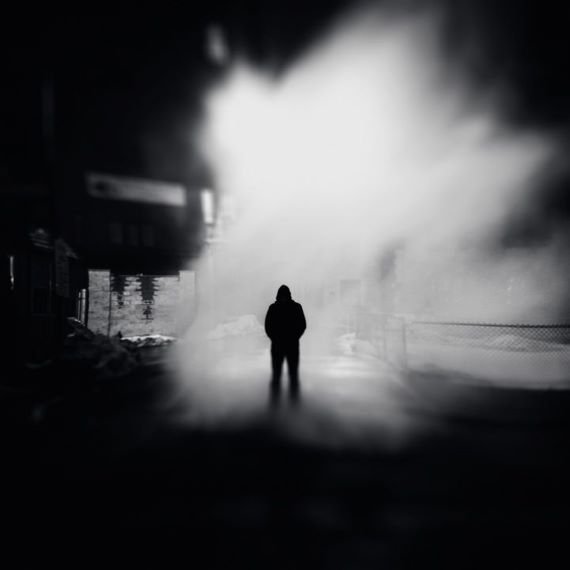 The first real new lead would not come until 1962, when an assassin by the name of Bogdan Staschynski came forward to claim that he had killed the missing priest using a poisonous cyanide spray. According to Staschynski, it had been a case of mistaken identity, and that as soon as he had figured out that he had killed the wrong man he had buried the body out in the moors. It was certainly a shocking revelation, but since no body was ever recovered and there was no real evidence to support Staschynski’s claims it was ultimately a dead end. The next big lead would come in 2003, when a retired British police detective named Bob Taylor claimed on national British TV that a secret investigation had found that not only was Martynellis a secret communist with deep professional jealousy towards Borynski, but that Borynski had been murdered by the Służba Bezpieczeństwa Polish Secret Police for causing unrest and trouble. He also claimed that Catholic officials had known all about it but had looked the other way, and that the hit had been sanctioned by the Soviet Embassy in London. Taylor would say:

Most of the first-hand evidence has gone but I'm sure Borynski was lured to a secret meeting place, kidnapped and then murdered. I'm convinced senior church officials knew more than they told police at the time. I believe Martynellis helped Communist agents lure Fr Borynski into a trap. He wanted rid of his rival and he was exploited by Communists with a political motive. When the plot ended in murder, the reasons for Borynski's disappearance stayed secret.

It was all very juicy and filled with intrigue, but like with Staschynski there is no way to confirm or corroborate these claims. They are more or less just another tantalizing theory that has led nowhere, and indeed that is the state of the case to this day. Who was the mysterious caller? What happened to Borynski after he left? Was he killed, did he run away, what? We know little more than we did back then, and probably never will get a straight answer.

UFOs: A Subject That Can Become Deadly?