Tucked away in the rugged wilderness of Chelan County, north-central Washington state, is a nearly 60-mile-long body of water called Lake Chelan. Once considered to be the largest natural lake in Washington before the Lake Chelan Dam was built in 1927, it is a majestic stretch of deep water plunging down to cold depths of up to 1,486 feet, and with its location as a sort of gateway to the North Cascades National Park it is an area very popular for fishing, boating, camping, hiking, and all manner of outdoor activities. Yet what many of these leisure seekers might not be aware of is that these depths have strange legends, and have long been said to be prowled by some sort of aquatic dragon.

Since time unremembered, one persistent legend surrounding the lake told by Natives going back centuries is that it is bottomless in parts, which is one reason the lake earned its name “Deep Lake,” or Tsi-Laan, which is where “Chelan” comes from. It was said that in certain places of the lake the water extended down infinitely, that a line could be dropped and never reach any bottom, and such stories would actually do the rounds well into modern times. One University of Washington scholar, Henry Person, once wrote in the journal Western Folklore in 1960:

From several widely scattered informants I have heard that ‘everybody has known for a long time that it has no bottom . . . During the war, the Navy was testing sonar outfits over there, and they tried again and again with the latest, most modern equipment to find the depth. But they never got any echo — no bottom ever registered on the machine.

Not only was it said to be of immeasurable depth, but the Natives also told of vast networks of underwater caverns that stretched all the way to the sea and which held various mysteries. These caves and caverns were said to be the home of an immense underwater beast they called N’hah’hahat’q, which was considered to be a type of evil water spirit. There were many tales of the wrath of the N’hah’hahat’q, and it was variously said to snatch people or livestock from shore, scare away fish so that they couldn’t be caught, and even come up out of the water to rampage about destroying villages. So feared was this creature that the Natives rarely ventured out on the water, and there was even an attempt to dam the lake in a bid to reign it in. It didn’t work.

In later years, when outside settlers arrived, the mythology of the lake spread, with stories popping up of these caverns holding lost treasures, and of course the monster tales continued. One persistent tale on the beast brought by early settlers and explorers involves a treasure chest that was brought here by ship from Fort Augustus, Scotland in 1812. According to the story, the crew experienced a raging fierce storm off the coast of Washington, and they managed to end up in Lake Chelan, although how is never really explained. During the course of the storm, the treasure chest was apparently washed overboard and lost, with the captain also falling overboard. It was then that two mysterious women who had been charged with watching the chest jumped into the water after it, supposedly sprouting fins and fish-like tails when they hit the water, before one of them pursued the sinking chest and the other went to save the captain. The captain survived, with the mermaid whisking him off to safety, while the chest was hidden down in one of the many caverns of the lake. The mermaid than opened the chest to reveal that within it was not gold and silver, but rather a large egg, the egg of a water dragon, which hatched to unleash the beast. 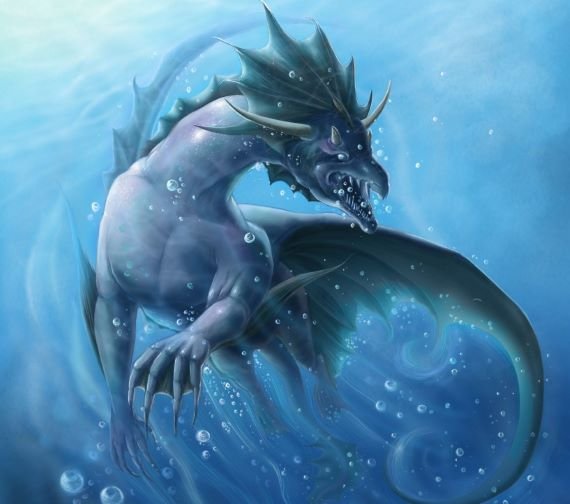 Sightings of something large and reptilian in the lake surfaced sporadically, with descriptions ranging from that of what looked like a giant crocodile to something more akin to Loch Ness’ Nessie, and some even claiming it had wings and could fly. While mostly spooky campfire stories, on December 2, 1892, a rather spectacular story would hit the news. According to an article in The Daily Picayune entitled “An Amphibious Monster,” three men were at the lakeshore when the creature emerged to attack them, managing to drag one of them into the depths. The report would read:

While three travelers were at the upper end of Lake Chelan recently one of them went into the water to bathe. He was seized by the foot by a marine [sic] monster and was being pulled into deep water, when his screams attracted the attention of his companions, who came to his rescue. They pulled him ashore, the monster hanging to his foot. It had legs and body like an alligator and the head and eyes of a serpent. Between its fore and hind legs were large ribbed wings. The men tried hard to tear the monster from the foot of their companion, and finally tried fire, which had the effect of causing the animal to rise suddenly into the air, taking its victim along, and finally landing in the lake, where both disappeared from sight.

Strange sightings and tales would continue well into later years, and a particularly bizarre report comes from 1945. In this year, a school bus tragically crashed into the lake killing all aboard, after which a team of divers was sent in to investigate. These divers allegedly encountered an “enormous dark shadow type of figure” that was circling around them about 200 feet down. Apparently, the divers were so unsettled by the sight that one of them refused to go back in, and one wonders what it could have been. We are left to wonder what is going on at this remote lake. Is there something here in some sense, whether biological or not, or is this just legends and folklore? The mystery remains.

More on Those Monstrous “Unknowns” Versus New Names