The Strange Case of the “Chilean Roswell”

UFO crashes aren't something you'd think there would be that many of. After all, if aliens have come across the vast sea of stars to get here, you'd think they'd have their technology locked down, and that they would be sure that they weren't dropping out of the sky all of the time. Yet there is a pretty surprisingly high number of such alleged incidents that show that maybe the alien vehicular safety standards are maybe not up to scratch. It seems like you hear the "(Insert country name here) Roswell" thrown around all of the time, with these crashes being both spectacular and eyebrow-raising at the same time. Here we will be looking at the more obscure "Chilean Roswell," the time when a UFO allegedly crashed into a mountain in Chile and spawned all of the requisite tales of cover-ups and conspiracies in its aftermath.

It all supposedly began on October 7, 1998, when the normally clear, peaceful day at the small Brazilian village of Paihuano was intruded upon by an anomalous event that none of the rural residents could explain. Locals noticed up in the sky a bright, shiny orange or golden cylindrical metallic object, an estimated 50 feet across, shining brightly in the sunlight and hovering over a nearby hill called Las Mollacas. The eerie object stayed there for a time before rising and then suddenly going into a jagged, abrupt turn that saw it break into two distinct parts, with one falling near the summit of the hill and the other descending lower to smash into the trees behind it. Many people saw this happen, including the town’s own mayor, Lorenzo Torres, and the puzzled witnesses could only guess at what was going on. 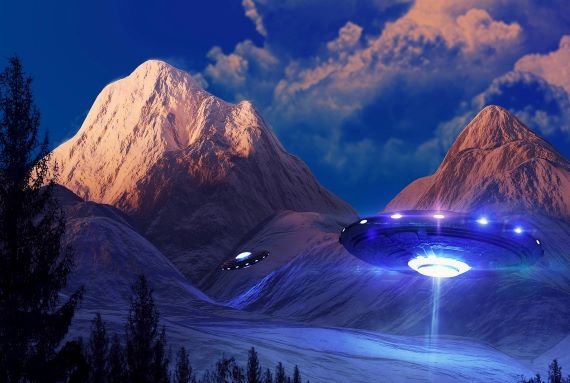 It would soon turn out that the appearance and crash of the object had been orbited with other strange phenomena, such as minor earthquakes and blackouts throughout the region, which only served to exacerbate the growing panic among the rural, superstitious populous. It came to the attention of a detachment of a unit of Chilean military police called the Carabineros, who headed out to the area of the supposed crash by horseback, a journey which turned out to be quite the chore considering the steep, treacherous terrain. They would apparently reach the area where the supposed object had come down, but reported that there was nothing there, which is odd because even as they reported this over the highest security connection other military personnel were swarming to the area, with the entire village reportedly under military control within mere hours. In the meantime, a press conference was set up to comment on the event, during which they purportedly received a mysterious phone call from an official at NASA who implored them to cancel the conference until more information was known. The mayor complied by postponing the press conference, but there was no further word from the contact, or even any idea of who it actually had been.

As all of this was going on, on the very same evening of the incident, many residents complained that there was the steady drone of helicopters in the area all night long, which when witnessed appeared to be all black and unmarked. There would also be reports of military trucks headed up the hillside, and even those who claimed they saw helicopters lifting off with something very large in their possession covered with canvas. This mysterious military activity was reported from all around the village, including into neighboring areas such as of Pisco Elquí and Monte Grande, and another oddity was that local hotels and inns were suddenly deluged with foreigners who claimed to be tourists. There were also reported military police patrols who were keeping out curiosity seekers and trespassers, even resident farmers and goat herders, making it seem all very strange for what the authorities were saying was nothing.

This went on for several days, after which the military presence dispersed as quickly as they had come, to leave the villagers in their quiet peace once again. What was the meaning of all of this? What had transpired? No one knew. Some brave locals went up the hillside the next day to investigate with their own eyes, and while they found some evidence that something had disturbed the area, there was not a single shred left behind as to what it could have been. Other explorers would claim to find some strange things, such as the tire tracks of military trucks and “a large cleft, measuring some 5 meters long and some 40 centimeters deep, surrounded by boot prints and heavy vehicle tracks,” as well as stones oddly painted in what looked like aluminum. As this was going on, there were efforts being made to discredit the growing rumors that this had been a crashed ship from another world. 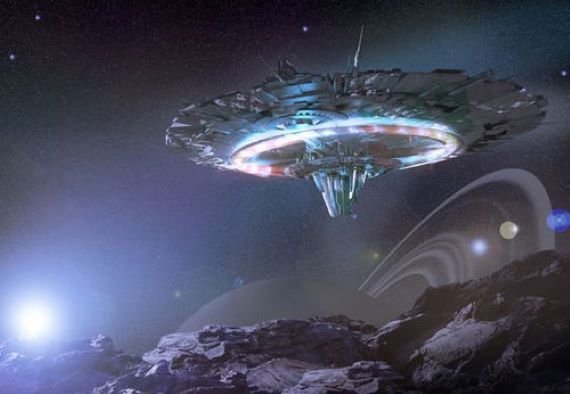 The nearby El Tololo astronomical observatory claimed that this was nothing more than a weather balloon that had gone down, yet there could be provided no evidence that such a balloon had ever been anywhere near the area. The Chilean Air Force totally ignored the incident and refused to even comment on it, although there was one witness who claimed he had been visited by a captain in the Chilean Air Force who had interrogated him on what he had seen that evening. Other scrambled attempts to explain the incident by the government included a down satellite or probe, a remote-controlled drone, an experimental American aircraft, or a meteor, but many of those who had actually seen it weren’t buying any of these explanations. What was going on here?

One observation made about the area itself is that not only does it have a history of UFO sightings, but it also happens to haver a rather unique soil composition that typically turns up large amounts of uranium. There was also a joint Chilean-American military exercise happening in the days around the incident, which may or may not have had had any connection to what transpired. The case has then sort of slipped into obscurity, despite its rather spectacular nickname of “The Chilean Roswell,” and we are left with a lot of questions and few answers.

Jack the Ripper: A Little-Known Suspect