Some of the more spectacular and eyebrow-raising accounts within the UFO field have to do with what are usually termed alien abductees. These are those individuals who have been allegedly whisked away by alien entities for inscrutable reasons we will probably never understand, and they very often have incredibly weird stories to tell. Among these ranks is a former CIA agent, who not only claims to have been abducted by aliens on numerous occasions, but who also claims that this is going on on a wider scale than we ever realized and who has dedicated himself to hunting these entities down.

One of the more fascinating personalities right now in the world of alien abductees is Derrel Sims, a former military police officer, CIA agent, and current full-time ufologist, who claims to have had a lifetime of very strange UFO and alien encounter experiences. Sims claims that his very first conscious experience happened back in 1952 when he was just 4 years old. At the time it was evening at his home in Midland, Texas, and he was lying in bed trying to fall asleep when he had the sudden, unshakable feeling that there was someone else there in that darkened room with him. Sims said that he did not feel any particular fear at first, but sensed that it was not his mother or father, but rather an “it.” As his eyes adjusted to the dark further, details began to congeal in the gloom, pure white skin, very large elliptical eyes, an inhumanly thin frame, all of which suggested that it was not human. Even then Sims says he felt no fear or panic, but this was about to change. He would explain the series of bizarre and frightening events that would unfold in a 2007 edition of Journal of Abduction Encounter Research:

No speech or communication of any kind comes from this “thing,” whatever it is. The arms and legs are long and skinny, the body and neck, thin. The bulbous head, like an upside down teardrop, is cocked slightly to the side. I can see him from head to crotch, and he doesn’t have a “tee tee” or a belly button! Does he have knees? I can’t see them and I want to know what his feet look like too. He had a strange faint smell. It smelled awful. . . .I think it is a he, though I don’t know exactly why. It sure doesn’t have any mom or lady qualities about it. Suddenly, I realize it has become aware that I am aware and that I am able to move. Horror wraps around my small frame as his eyes seem to move or rotate. He definitely is now in control of me physically. Suddenly I Am Paralyzed. I cannot understand how I was fine (as I always had been) and now I am paralyzed and overwhelmed with a horrific fear, all while conscious. I wasn’t paralyzed until now! Why? I have never felt fear before. This is the moment in time. . .when I suddenly realize there is something wrong with the perfect world in which I live. For me, that moment was, “Mommy and daddy aren’t coming. He is, or they are!” He convincingly suggests that my parents don’t love me. They are not my parents! I suddenly know there are others like him, and they do other things. . .

I feel the paralysis hit me as he just stands there, emotionless and motionless with those large black, doll-like, shark-like eyes looking at me. Immense fear overwhelms me as he moves toward me. Because of his suggestion, I think I cannot move or make a sound. I fight the paralysis as the entity comes closer, bringing his face right up to mine. I squirm my tiny frame as hard as I can to get away. When the feel of the wall is against my shoulder, I push so hard the old army-styled single bed pulls away from the wall. This seemed to startle the entity (and me!) as with a thud, I hit my shoulder blades against the cold, hard floor. I can protect my head, and do; the paralysis is wearing thin here.

Sims looked under the bed and could see that the thing was still standing there, its odd, duck-like feet planted on the floor, and it then bent down to look under the bed right at him. As it peered under the bed at him with those otherworldly, inscrutable eyes, Sims claims that its image then began to change, its features morphing and twisting right before his eyes into something else. He would later come to the conclusion that this was the entity manipulating his perceptions, and he says of this:

Next begins the most horrifying part of the experience for me. As he crawls slowly toward me, he begins making himself look like a pure white clown with large doll-like eyes. I know inside, “He wants me to remember this as a bad dream of a clown.” This is to make clear to me what I am to remember. However, since this hasn’t happened yet, how can I know it is what I will remember? Once again, I wonder, “How does he do that? He crawls under the bed, his large head next to mine, and makes his eye contact. “I will not believe this clown. I will not forget. It is not a clown. It is not a clown! I will not forget!” It gets very dark as I tell myself for the last time that night, “I will not forget. It is not a clown.” In the morning, I am back in bed, and cold. Numerous things tell me what I remember from the night before really happened. The soreness on my back where I hit the floor. . .the bed is no longer square against the wall. My covers come only near to my shoulders. (I always had them up to my head to keep me warm.) The sheets are a mess! . . .I definitely freaked in the morning.

Creepy indeed, and it was so traumatizing for him that he refused to sleep in his room alone, for several nights sleeping with his mother and father, although the mysterious entity would return. When it did, Sims says that even though he screamed out, his parents wouldn’t wake up, as if they had been kept in a deep sleep state by the creature. He says that this time there was more than one of them, and that as they plucked him out of the bed from right between his parents he blacked out. He would wake in his own bed later and not be able to remember what had happened until many years later under hypnosis, when he recalled that they had done experiments on him. Sims would have similar frightening experiences with the very same entities numerous times throughout his life, but it would get more horrifying when he was a married adult with children, when he claims they began to come for his own 6-year-old son. It was a turn of events that would change the course of his life and put him on a mission to warn of these creatures and do anything he could to stop them, and he says of the first incident:

In December 1980, my wife, two children and I lived. . .in a large ranch home on 4 acres near Huffman, Texas. [One night] I awoke suddenly with a feeling of dread. . . .In the dark, I ran as fast as I could to the living room, where I stood watching in horror: There was my 6-year-old son looking out the window. He was not asleep. He was deep in trance. They had come and, like my own dad, I was not there for him. . . .”Oh God,” I thought, “not my son, too.” The fact is you can mess with me or abduct me and I can live with it (I did). You mess with or abduct my son and I will come after you. I will protect and even avenge my children. Now, they — the alien — have my full attention. I am not sure this is what they wanted. It is certainly what they are getting for the trouble. This may have been a serious mistake on their part. Now, I hunt them that hunted me and later hunted my son. . . I am known as the “Alien Hunter.” 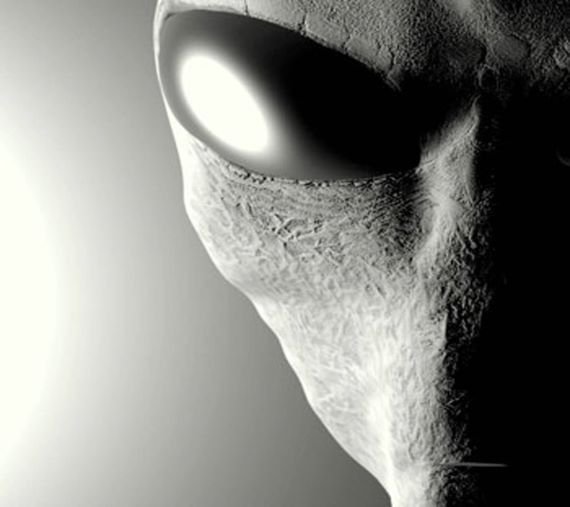 Sims went on to devote his whole life to understanding these mysterious entities more, to collecting and analyzing medical and scientific evidence of the alien presence such as anomalous marks on the body or alien implants, digging up classified information the government has on them, and helping other abductees to deal with their own traumatic otherworldly encounters, investigating over 2,000 such cases. He says there are at least seven types of alien species on Earth at present, as well as various hybrids, and when talking about alien abductions and the alien agenda, it does not take long at all to see that he has a very negative view of these beings. He says that they are here for malevolent purposes, and that their experiments on us are not in the best interests of human beings, that they are cruel, spiteful creatures that we should avoid at all costs. He has decried efforts to contact them, saying “It’s an uninformed position for them to get in contact with whoever’s out there. Some people have done that and died as a result. Some people have been injured.”

Sims also frequently mentions the aliens as being manipulative and deceitful, changing their appearance as it suits them and doctoring the memories that people have of them, and he also claims that much of the time the aliens prefer not to be seen at all, often surprised when someone can see them. He has said of the memories that abductees have, “In most cases, whenever you remember the event, it is a mistake on their part, or else, what you “remember” isn’t memory at all; it is an “installed memory” for you.” There is also the fact that, according to him, there are far more people who have had their memories successfully wiped and are blissfully unaware of what has happened to them, and that the abductees who remember are in the minority. Indeed, by his estimates there could be millions who have been abducted by aliens and just don’t know it. You can read all about Sims' stories at his page here, and make up your own mind, but we are left to wonder just what is going on here. He seems to be a fairly reliable individual with solid credentials, so what are we to make of his stories. It remains unknown, but it is certainly another story to add to the many in the UFO field.