The Strange Tale of the Mysterious Mother Shipton

Throughout history there have been people who have become so larger than life and so imbued with incredible stories that they transcend the status of mere human being and propel themselves into the annals of myth and legend. Such mysterious figures are steeped in amazing tales and myths to the point that it is very difficult to tell where reality ends and legend begins, leaving them lodged within the realm of true enigmas. One such figure was a woman who lived in 15th century England, who was supposedly endowed with potent magical powers and who would become a powerful soothsayer who has continued to defy understanding and indeed attempts to figure out if she was ever even real at all.

From her very birth the story of the woman called Mother Shipton has been steeped in so much myth and legend that it is often hard to disentangle fact from fiction. According to the tales, she was supposedly brought into the world in a cave in the Forest of Knaresborough in North Yorkshire, England in 1488, to her teenaged mother Agatha under the name Ursula Sontheil, during a violent thunderstorm that mysteriously stopped as she let out not a cry, but a cackle. She was by all accounts not a beautiful child, with a hideous hooked nose, bulging eyes, crooked legs, and a hunchback, so deformed and ugly that she elicited gasps from those who saw her and spurred rumors that her father had been The Devil. Indeed, she would never reveal who her father was, and refused to divulge his name, leaving it a curious mystery.

It was partly due to her hideous visage and the rumors that she was the spawn of the Devil, a witch, or both, that Ursula was relentlessly bullied at school in her childhood. However, it was at that time that she would supposedly develop her psychic powers, gaining the ability to “pull their hair, pinch them and throw them to the ground without being near them.” She also once allegedly pushed a man down to clamp a toilet seat on his neck with merely the power of her mind, and also replaced another’s hat with a chamber pot. On another occasion she was berated for her ugliness and caused horns to grow from the man’s head. Incidents like these and many more like them made people very afraid of her, and although the bullying stopped it was replaced by fear, with the girl and her mother ostracized and treated as pariahs, not helped by the fact that they lived in the cave were Ursula had been born, the two of them mysterious recluses. This cave had all sorts of rumors whispered about it by frightened locals, such as that it was protected by dark magic and that it contained a pool which could turn anything to stone, and a well that would grant wishes, further perpetuating the mystical myths surrounding Agatha and Ursula. 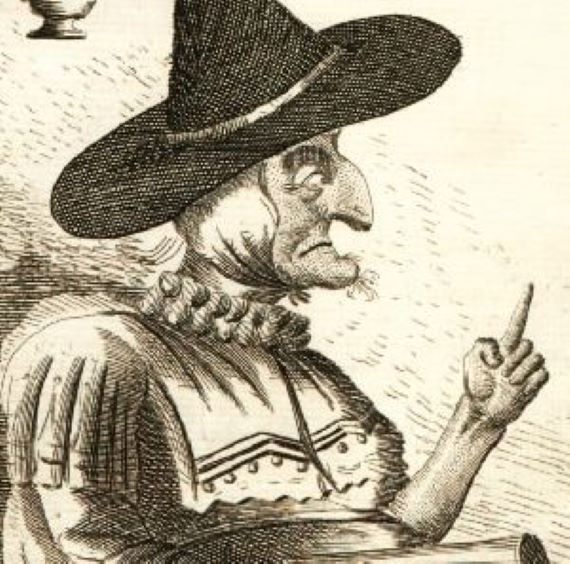 Ursula spent most of her childhood mostly scorned by the larger populace, instead spending most of her time in the woods collecting herbs and medicinal plants with which to make various remedies and potions, as well as honing her considerable psychic powers. Agatha would later go off to live at the Convent of the order of St. Bridget, in Nottinghamshire, leaving Ursula to live with a foster family and never seeing her again. During these years she experienced a somewhat normal life, with not much of import seeming to have happened during this time. It is said that she was known for mostly preparing herbal concoctions for all manner of ailments for the villagers or casting spells, yet she would once again be propelled into the spotlight in her adult years, and her legend would rapidly grow.

At the age of 24, Ursula married a local carpenter by the name of Toby Shipton, who she was said to have seduced with a magical spell because it was thought that she was far too deformed and ugly to ever find a husband normally. Sadly, he died just a few years later, after which she became an eccentric widow telling fortunes, casting spells, or divining the location of lost or stolen items, and it was at around this time she would begin to be called “Mother Shipton” and display what was to come to be her greatest power, that of the ability to see and predict the future. She began having visions and giving prophecies, starting small with local events, but this soon expanded to predicting world events. She would predict wars, natural disasters, uprisings, political shifts or upheavals, and many others, soon gaining a reputation for being so uncannily accurate that her fame grew. People began to pour into her village seeking her out for insights into the future, and as her name became known far and wide she began making many grand, spectacular predictions about the world, always writing them in a poetic, rhyming couplets.

Some of her more remarkable predictions that supposedly would later come to pass were the death of Cardinal Thomas Wolsey in 1530, the English Civil War in the mid-1600s, Oliver Cromwell’s rise to power, the Restoration of the monarchy, the Black Death of 1665, The Great Fire of 1666, the rise of Queen Elizabeth and her reign, the death of Mary Queen of Scots, the reign of James I, King Henry VIII seizing power from the Catholic Church and his creation of the Church of England, and countless wars, storms, disasters, and catastrophes, among others. She is said to have even predicted the advent of modern technology such as cars, airplanes, the telegraph, radio, steamships, and even computers and the Internet. On top of all of this she even predicted her own death in 1531. One of the more infamous of her supposed predictions was that the world would end in 1881, which at the time caused mass hysteria, but proved to be a false prediction made up by a publisher named Charles Hindley, who slipped the hoax into a reprint of one of the earlier 17th century publications of mother Shipton’s prophecies. Yet, so powerful was the belief that Shipton was always right that many truly believed that the apocalypse was upon them at the time. We are left to ask, just how accurate and powerful was she really, and is there anything more to this other than myth and legend? There is no way to really know, but there is reason to be skeptical.

There are a few problems with the tales spun about Mother Shipton and her vast powers. The main one is that there is practically no evidence at all that she really existed during her supposed lifetime. The first mention of Mother Shipton, her life, and her actual powers and prophecies was published in 1641, a full 80 years after her supposed death, and the earliest known possible mention of her was in a 1537 letter from King Henry VIII to the Duke of Norfolk, in which he mentions a “Witch of York.” However, there are no accounts of her life from the 15th and 16th centuries, no tales of her deeds during the time she was said to have been alive, and she herself never wrote anything down or published anything as far as anyone knows. This all means that there is a possibility that Mother Shipton and her exploits were either fabricated in later decades, or at least could have been based on a real person but highly exaggerated over time. In the end, there is only the word of texts beginning from long after her reported death, and no evidence at all that she really ever was an actual person. There is also the fact that in the many, many subsequent publications on Mother Shipton certain details are changed, prophecies are added, and in several cases there have been complete forgeries thrown into these collections, making it hard to know where reality and fiction begin and end. Even if she was real, her alleged prophecies are so convoluted and cryptic, filled with symbolism and metaphors, that it is easy to read things into them after the fact.

Nevertheless, the tale of Mother Shipton has been published again and again, she has been a feature of literature and stage, and the cave where she was supposedly born is one of the oldest and most popular tourist destinations in England. The water within one spring in the cave even has such a high mineral content that it actually does turn things to stone over time, giving some credence to the legends, and one can try out the wishing well too. There is even a gift shop and guided tours, but it does little to answer the question of who Mother Shipton really was, or if she was ever real in any sense. She has gone on to be a very prevalent presence in fiction and legend, but how much of this is true and what she was really capable of? In the end, it is probably hopelessly lost to the mists of time, but it is an intriguing look into mysterious history and a fascinating figure, and an oddity that may never be fully solved.