The Strange Tale of the Wizard of Marblehead

The coastal town of Marblehead, in Essex County, Massachusetts, is a charming and historical seaside hamlet of rustic old buildings and quaint little streets that dates back to the days of the pilgrims from the Mayflower, who established a tiny fishing settlement here in 1626. Originally the land itself had long been inhabited by the Naumkeag tribe of the Pawtucket confederation. With a long tradition of fishing and the sailors of Marblehead credited with being the forerunners of the United States Navy, it had gone on in present times to be a mecca for boating, sailing, and kayaking, drawing in people from all over the world. Yet beyond its calm and peaceful coastal atmosphere and idyllic historical buildings there are strange tales of mystique and magic tied to this place, as Marblehead was once supposedly home to a very powerful wizard who held the area's people in the grip of both awe and fear.

Back in the 18th century, the town began to gain a bit of a reputation for fortunetelling and séances, but among the seers and mediums who came through one really stood out. The man in question was a retired ship’s captain by the name of Edward Dimond, who lived in a modest reportedly made from the remnants of a beached ship at the bottom of a cemetery hill. He was undoubtedly an eccentric man, a large, imposing figure who wore around a large billowing cape and mostly kept to himself, but he was also very well-known for his alleged potent psychic abilities, which both fascinated and scared the local populous.

One of the most common powers he displayed was the ability to find lost or stolen items. He was apparently absolutely uncanny at doing this, going into a brief trance before snapping awake with the knowledge of where the item was. He was so good at it, in fact, that it is said that he was often approached by locals and even police for his help in finding lost or stolen objects. On some occasions he would even punish those who had stolen the items he found. One story has it that one cold winter an old lady came to Dimond to beg him to find the firewood that had been stolen from her. At the time, this was a big deal because having no firewood during the area’s harsh winters could be a death sentence, and so Dimond agreed to help. Yet rather than just finding the wood for her he decided to teach the thief a lesson. He went about casting a spell on the thief, which entailed magically compelling the man to walk the long distance from his home to the old lady’s cottage and back again from sunset to sunrise without stopping, in the freezing cold with a heavy log on his back.

Finding objects was not Dimond’s only power, and not even the most amazing. He was also said to be able to see the future or the past, and perhaps his most spectacular power was the ability to project his voice and even his image over vast distances. One popular tale is that during violent storms the experienced seaman Dimond would climb to the top of a place called Burial Hill, somehow remaining unaffected by the lashing winds, where he would proceed to talk to ships far out at sea, giving them instructions on how to avoid being dashed upon the rocks and advice on how to regain control of their vessels. The crews of these vessels would report either clearly hearing Dimond’s voice through the storm as if he were standing right there speaking into their ear, or of at times actually seeing a shimmering ghostly apparition of him standing on the deck. Other stories still claimed that he could predict the weather with incredible accuracy or actually control the weather itself, causing storms to become calmer, or conversely causing them to get worse or even conjuring them up. It was not uncommon for sailors to come to him before a voyage to inquire about the weather ahead or to ask for safe passage. 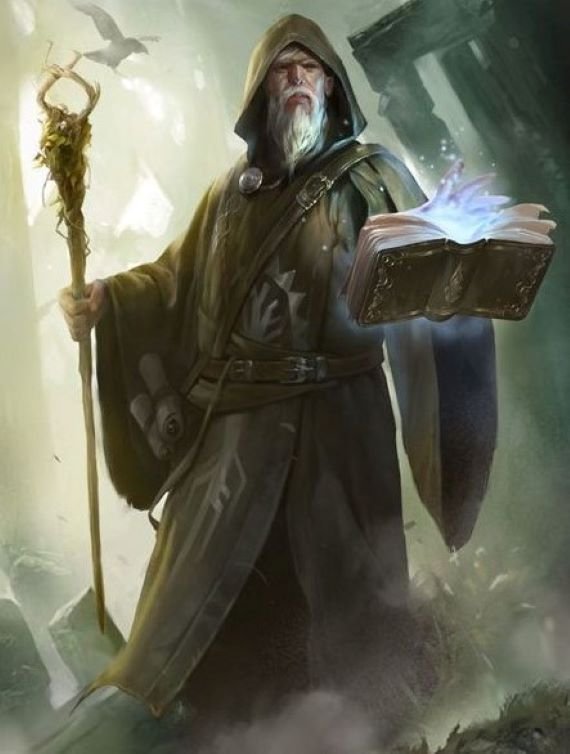 It was these alleged abilities that caused Dimond to be known as “The Wizard of Marblehead,” and which also cause him to be as feared as he was respected. All kinds of rumors flew around at the time, such as that he cursed those who displeased him or capsized boats that did not pay a fee, and locals whispered of him dabbling in necromancy or of digging up bodies at the cemetery at Burial Hill. It is not known if any of this was true or not, and indeed it is not known whether he ever had any powers at all, or if he was just a clever conman heavily imbued with folklore by the superstitious people of the time. Was any of this real, or is this just myth and legend? Author Patricia Goodwin, who has done much research on Dimond and written two novellas featuring him, When Two Women Die and Dreamwater, believes that the tales are true, and she says of it:

As someone who is a little bit psychic and someone who has known psychics, Edward Dimond’s gift seems quite plausible to me. I believe the legends of Marblehead are absolutely true. After writing about him, I became very curious about exactly what kind of abilities he had. I did some more research and wound up talking to a Native-American elder who told me that Dimond’s ability was very rare, what the Native-Americans call “far-seeing” and “far-speaking”; that is, Dimond spoke psychically across hundreds of miles from Marblehead’s Burial Hill to the Grand Banks in Newfoundland, speaking directly to the sailors in trouble, shouting commands to them and helping them regain control of their ship and return home safely. The elder also told me that Dimond probably had developed this skill through contact with Native-Americans. Quite possibly. I consider Edward Dimond to be one of the most powerful and fascinating persons I have ever read about. I think Marblehead is charged with powerful energy. It’s certainly one of the most naturally beautiful and vital places on earth. I think Edward Dimond tapped into this extraordinary energy with his own amazing gift. He was a force of nature.

In the end it is unknown just who The Wizard of Marblehead really was or what he was capable of. The stories have circulated around, but mostly he is a figure lost to time, caught as if an insect in amber in a time when he was considered to be a powerful sorcerer beyond mention. It is nearly impossible to disentangle fact from fiction when it comes to Edward Dimond, but it seems he will remain indelibly etched into legend as one of the most powerful wizards who has ever been.