The Strange Unsolved Mystery of the Vanishing Kingpin

The man named Arthur James Williams doesn’t have a background that would hint at him ever becoming a major drug kingpin or becoming a stubborn unsolved mystery. Born in 1923 in Somerset, England, when World War II rolled around he was so eager to enlist and join the fight that he lied about his age to enter military service in the British Army when he was just 17. Although records of his war years have remained a bit murky, it is known that he fought with the 1st Battalion of the King's Own Yorkshire Light Infantry and the 5th Battalion of the Duke of Cornwall's Light Infantry, and that he was wounded in battle, earning a medal for courageous service and sent home. In later years he would seek a new life overseas in Canada, working as a logger in in New Brunswick and Edmonton, getting married along the way and eventually going on to live in the quaint and quiet town of Ladysmith, on the southeast side of Vancouver Island, where he carved out a new career for himself making bows and arrows. So far, there doesn’t seem to be anything to suggest he would become one of the most wanted kingpins in Canada history, but it is here where his turn to the dark side would begin, sparking a compelling unsolved disappearance and mystery that has baffled to this day.

Williams' woes began when his business went bankrupt and shut down, after which he got a divorce from his wife Margaret and began living with a new girlfriend, along the way garnering a reputation for being a rule-breaker and troublemaker. He was reportedly very adversarial with authority figures, especially police, and RCMP Staff Sgt. Bob Hawkes has said of this, “He became totally anti-establishment. He liked to cause a problem. If he could cause a problem with a policeman, he wouldn’t hesitate to do it.” Williams had a stormy relationship with the police and tax collectors for years, so he was already well on their radar when an epidemic of the drug Methylenedioxyamphetamine, or MDA, began spreading throughout Western Canada and the west coast of the United States in the 1960s. Related to the psychoactive drug MDMA, also known as “ecstasy,” it is a stimulant and hallucinogenic psychedelic, often nicknamed the "hug drug" or "Sally,” and its appearance exploded onto the scene during this time. As police scrambled to find the source and the suppliers for this scourge, their attention fell on Williams once again.

At the time, Williams had moved on to working at a laboratory that he had founded for the purpose of mycology, or the study of mushrooms and other fungi. Williams’ operation was legit, as he was carrying out government-funded mushroom research, so this in and of itself wasn’t immediately suspicious, but red flags were raised when massive orders for the organic compound isosafrole began coming from there. Although not illegal in and of itself, indeed also used widely in the fragrance industry, isosafrole also just so happens to be a key ingredient in the manufacture of MDA. With such large orders placed from Williams’ laboratory, police became suspicious, ending in a raid carried out by the US Bureau of Narcotics and Dangerous Drugs, now known as the Drug Enforcement Agency (DEA). Two laboratories were raided, but at the time Williams was not convicted of any crimes for lack of evidence. However, the authorities were watching him carefully, and Williams once again aroused suspicion when he got a pilot’s license and started avidly flying his own plane back and forth from Vancouver Island to the mainland, which just so happened to coincide with a renewed surge in MDA distribution. According to authorities, this was no coincidence.

The idea was that Williams was flying his product to the mainland from his laboratory for distribution, so the Royal Canadian Mounted Police (RCMP) launched a massive investigation into Williams’ activities. Undercover cops were used to buy huge amounts of MDA, but Williams was always once step ahead, never directly involved in any of the illicit transactions. In fact, Williams proved to be extremely cunning and evasive, never giving the police anything solid to go on. Even when a shipment of gel capsules, which are a popular mode of delivery for MDA, was linked to Williams’ laboratory, it still wasn’t enough for an arrest, nor was the information gained from the phone taps that he had scoped out long ago and would even use to taunt police. The RCMP continued to monitor his activities for years, until finally the frustrated authorities decided to make the risky and unconventional decision to arrest Williams anyway and hope that a search of his property would turn up the evidence they needed to convict him.

On August 16, 1977, raids were carried out at three locations, including at Williams’ property, all while Williams ranted at the police calling them “Nazi pigs,” but the huge stash of drugs they expected to find was not there. Nevertheless, they were able to find a separate, very elaborate laboratory hidden away in a hidden room tucked away in a secret passage beneath a fortress-like structure behind the house called "The Barn," which while not containing what the authorities were expecting, nevertheless had trace amounts of MDA and gelatin capsules. It was good enough for an arrest, and a preliminary hearing would be held. Dave Staples, head of the RCMP's Victoria drug squad, would say of the capture, "We always respected Williams as a wily adversary. He was hard to catch. It took a lot of man-hours, a good deal of imagination, and a good deal of luck." After the preliminary trial, Williams was released on a steep bail. However, before the trial could commence, he would vanish into thin air under very strange circumstances. 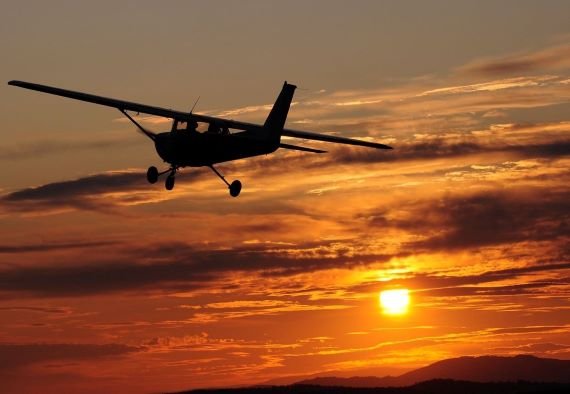 It was reported that just days before the trial, Williams took off in his single engine Cessna airplane headed towards Vancouver to meet with his lawyer, but it never landed. It was thought that he had crashed into the Strait of Georgia, as it would turn out that he had made an emergency radio call shortly after takeoff, screaming that he had lost control of the aircraft. Searchers who arrived on the scene were able to find only scant debris, but there was no sign of Williams’ body anywhere. More miscellaneous flotsam would wash ashore, and Williams still remained technically missing and presumed dead, but no one was really quite sure. After all, he had been known as a crafty, sneaky foe, and one detective on the case would say, “There’s no doubt it was his aircraft. There’s no doubt he went down. Do I think he was killed in an aircraft accident? No. It was too good to have happened to Art Williams.” There was also the idea that not nearly enough wreckage had been found to indicate an actual crash, and that Williams had perhaps thrown it all in the water himself to cover his trail, before faking the emergency message and leaving the country to go into hiding. Others disagreed and insisted that he must have died in a crash, but it seemed suspicious as he had been such a good pilot and so slippery to catch. Even Williams’ own lawyer would say, “Art Williams, crash? He's a fucking ace pilot. He didn't crash." No one could agree on what was going on, and then the mystery would deepen even further.

Fast forward to 15 months later and Williams’ body had still not been found. His estranged wife, Margaret, petitioned to have him officially declared dead and then she followed his lead and vanished off the face of the earth without a trace as well. When her home was searched, all of her clothes and belongings were there, food was in the refrigerator, and $50,000 in cash was found lying around, baffling authorities. A massive investigation and search were carried out, but no clue as to what had happened to her turned up. Making it all even more mysterious still is that not long after this, just three months after Margaret went missing, Williams’ property, including his secret lab, would all be destroyed in a fire, the exact causes of which would never be determined. Interestingly, the new owner of the property, a Ken Heal, would report that he had been getting threatening phone calls after announcing that he had planned to make a movie on Williams’ life. Did this fire have anything to do with Williams’ and Margaret’s disappearances? Is there any connection between all of these incidents? No one knows.

The case of what has been called “The Wizard of Ladysmith” has never been solved, and indeed there have been no further leads or clues on it at all, and although the federal investigation on it is still open, it doesn’t seem likely that we will know what happened to Art Williams anytime soon. What happened to him? Was this just another of his schemes, with him escaping to leave everyone perplexed? Or did he really just simply crash and die to be lost at sea? What happened to Margaret Williams and what connection does it have, it any? What about the mysterious fire? What is going on here? At the moment the case has gone cold, the only one who knows is Williams himself, and it is all a very intriguing journey from soldier, to drug kingpin, to great unsolved mystery.