The Weird Story of the Wardle UFO Incident

Some UFO stories really seem to go past their at first rather mundane beginnings to truly go down the rabbit hole. When looking at sightings reports, it often seems that many can go down deep, well beyond what they at first may seem to be. One case that really goes around and around in weirdness is a seemingly rather "normal" UFO sighting that happened in England back in the 1950s, but which would spiral into all manner of talk of conspiracies and mysteries that have yet to be solved.

The setting for this strange tale is the quaint village of Wardle, in the rustic, peaceful countryside of Lancashire, England. In this land of rolling hills and moors, the evening of February 15, 1957, would start out as usual for 19-year-old Gwynneth Fitton, and she was taking a leisurely stroll down the country road that led to her and her parents’ house, lost to thoughts that were soon interrupted by an unusual site ahead. She saw an unusual bright light in the sky, which seemed to be moving steadily back and forth between two hills not far from where she lived, but began to move in her direction even as she struggled to figure out what it could possibly be. As it drew nearer, she would claim that she could see that it was a circular object with a domed top, its underside adorned with a light that flashed and pulsed between red and white.

It was an eerie sight, to say the least, and Fitton did not intend to find out what it wanted, running off to her home as fast as she could and bursting through the front door screaming “Good God! They’re here!” Her mother tried to calm her down, but she was taken aback when she looked outside and saw the mysterious object as well. It hovered there for a moment, then slowly faded off into the night leaving the two women with a mixture of wonder and fear. It was not long before the story hit the papers in the form of a rather sensationalized report in the Rochdale Observer, which really played up the alien and flying saucer angle, and weirdly enough as soon as it hit the stands there was a deluge of others in the area who claimed to have seen the same thing. 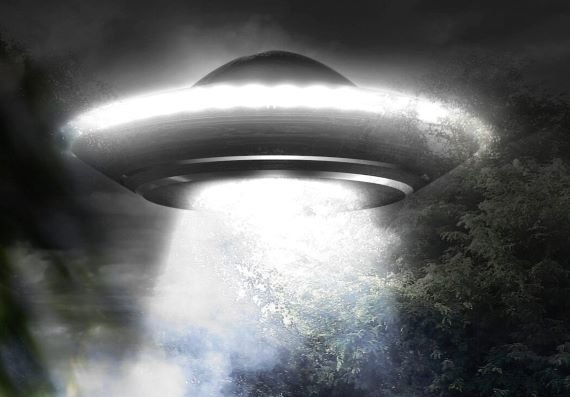 It was all pretty big news in such a small, quiet village where nothing much at all ever happened, so strange in fact that a local MP, Tony Leavey, went straight to the UK parliament to demand answers, suspecting that the Air Ministry was testing some sort of experimental aircraft without telling anyone. His concerns were met with the explanation that the “UFO” was actually two small hydrogen balloons with flashing lights that had been released by a local mechanic by the name of Neil Robinson for an experiment using a radio-controlled airship with the purpose of measuring the flow of air currents. Indeed, even Robinson himself came forward to admit that it had been his fault, and that the sightings were of his balloons. Case closed. Or was it?

The newspaper that had originally published the first article on the matter, the Rochdale Observer, and in particular reporter Alan Fitzsimmons, were not at all convinced with this pat answer given by the government. They doubted that the little ship, measuring what they estimated to be only around 12 inches across and with only a small penlight attached to the balloons could have been bright enough to be seen and mistaken for a UFO by so many people. The paper even went about trying to make their own balloon airship, and their conclusion was that there was no way that this little toy could cause so much panic and be mistaken for what was described. It further came to light that Robinson wasn’t able to really explain how his little balloon airship had worked, or how he had filled the balloons with hydrogen. In their opinion, Robinson’s confession was a fake, a ruse to cover up the truth. Fitzsimmons would say of his questioning of Robinson:

How I remember that laundryman! I asked him how he had filled the balloons with hydrogen and he was unable to explain, although he admitted it was not possible with the equipment he had. His story was untrue – and so were other hoax claims investigated at that time.

This was only further fueled when debris from an Air Ministry weather balloon was found on the moors right after a large “commercial-type” aircraft had been reported buzzing the area, yet there had been several snowfalls between the original UFO sightings and the discovery of the wreckage, yet debris was in dry and unspoiled condition. How could this be? The idea at the time was that the mysterious debris had been planted, dropped by that plane to further the government’s story, and then the story got even weirder still. All of this sowed enough doubt about the government’s story that MP Leavy would demand that the Air Ministry conduct a full investigation, and in response they sent an intelligence officer from DDI (Tech), the Air Ministry branch responsible for UFOs, sort of the UK’s own Project Blue Book. This officer apparently interviewed some witnesses and made it clear in no uncertain terms that they were to keep quiet about what they had seen and their talk with him. The mystery man also talked to Robinson himself, and when he was done he left to write up a full report of his findings. Their conclusion? Why, exactly what they had been saying all along, that this was merely a mix-up involving Robinson’s makeshift weather balloon. Needless to say, a lot of people were not convinced at all, and so the next chapter of this weird tale would unfold.

In the 1970s, Fitzsimmons would claim that during all of this he and his newspaper had been approached by “the very top man from the Ministry of Defence,” who had told them to discontinue any further reporting on what was being called the “Wardle UFO,” even going as far as to directly threaten them with action through the Official Secrets Act. Fitzsimmons would even suggest that the man was not from the Ministry at all, that he had been dressed in a bowler hat and dark suit, and that he was actually one of the notorious Men in Black, making it all the more mysterious still. He would say that “there was something very strange about the whole affair,” but after that visit the paper ceased all further articles on the matter. So, what was going on here? That rather depends on who you ask, but other information that has come up over the years might show that Robinson was right all along and that it was actually Fitzsimmons who was stirring the pot.

It would gradually come to light that Robinson, who had until then been described as a “laundryman” who was into messing around with gadgets, had actually once served with the Royal Air Force and was exceptionally gifted as an inventor. As such, he was more than able to technically achieve a rather advanced balloon rig, and might have even borrowed a military weather balloon. Friends and family would also say that he was a prankster, and one witness said that Robinson had orchestrated the whole thing as a joke, claiming:

I remember going out as a child in the back of a big Ford van with this ‘Thing’ in the back and was told to stay inside. It wasn’t an ordinary balloon like it said in the papers, that was a red herring. It was something else. I do know they sent it up over the moors and caused all sorts of bother. It was definitely all a hoax and I remember father coming home a bit panicky because the police got involved and came to round to our house to take statements. 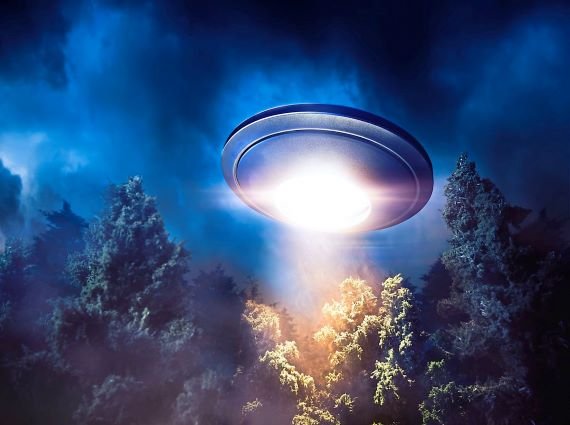 Whether this was true or not, his rig was probably more advanced than the newspaper was making it out to be. There is also the fact that Fitzsimmons was the author for nearly all of the newspaper articles on the matter, which were typically sensationalized affairs, throwing around the words “flying saucers” and “aliens” liberally. It seems that he at the very least managed to make it all as flashy as could be, and his later claims of being menaced by a man in black sort of dry up when it was found that no one else at the newspaper offices remember such a visit and the Official Secrets Act isn’t nearly as ominous as he made it sound. Ufologist David Clarke, who thoroughly researched the case and unearthed it from obscurity, has said of this:

How accurate were these claims? Since the First World War the British Government has used a system known as D-Notices to advise editors that certain information, relating to subjects like nuclear weapons and Special Forces, should not be published. But D-Notices have no legal standing and are advisory only. Direct action to stop a newspaper publishing material subject to the Official Secrets Act is rare and would require authorization at the highest level, a move that would leave a paper trail. Even at the height of the Cold War, such a move would be very risky indeed as news of the “silencing” could easily become a bigger story than the information it was meant to suppress. It is more than a little curious that in 1992, after Fitzsimmons made these claims, former work colleagues said they had “no recollection” of the use of the OSA against their newspaper in 1957.

It certainly sounds as if Fitzsimmons was making it all out to be a bit more sensational than it all really was, but there were still those sightings of the “UFO,” those really happened, and so we are left with questions. Was this a hoax carried out by Robinson, or conversely one instigated or at least fanned by Fitzsimmons? Was it an unintentional incident caused by Robinson and his tinkering? Or was this something more? What did Fitton and other witnesses see on that evening back in 1957? Was it really just a wayward weather balloon or radio-controlled airship? Did the government really try to cover up something out there on the moors or was this all just a morass of misidentification and misunderstanding? Whatever the case may be, it is all a rather complicated case that has gone on to be discussed and debated, and has earned its place in the UFO lore.