UFO researcher Morris Jessup: Murdered For What He Knew?

Over the years, a number of people with connections to Ufology are rumored to have died under strange and mysterious circumstances. The list includes the first U.S. Secretary of Defense, James Forrestal; UFO witness, Arthur Bryant; writer Danny Casolaro; and nurse Miriam Bush. For me, though, the one death that continues to puzzle is that of Morris Jessup. He was the author of a number of books: The UFO Annual; UFOs and the Bible; The Case for the UFO; and The Expanding Case for the UFO. Certainly, The Case for the UFO was the most controversial of the three. His book was a detailed study of the theoretical power-sources for UFOs: what was it that made them fly? How could they perform such incredible, aerial feats, such as coming to a complete stop in the skies, hovering at incredible heights? Jessup believed that the vitally important answers lay in the domain of gravity. Or, as he saw it: anti-gravity. Jessup may well have been onto something, as it wasn’t long at all before the world of officialdom was on Jessup’s back – specifically senior figures in the U.S., Navy. And it was one particularly intriguing office of the Navy that was watching Jessup – a "special weapons" division. Clearly, someone in the U.S. Navy was interested in, and perhaps even concerned by, Jessup’s findings and theories.

Jessup became deeply worried – paranoid, even – that he was being spied on.  On several occasions, he noticed that certain items in his office had clearly been moved – strongly suggesting that when he was out of his home someone was having a stealthy look around. The ante was upped to a significant degree when Jessup had a face to face interview with Navy representatives who wanted to speak with him about his book, his theories concerning anti-gravity, and the technology referred to in his book. That wasn’t all they wanted to talk about though. The Navy officers who met with Jessup also wanted to know what Jessup knew about the so-called Philadelphia Experiment of 1943. It was said have been a top secret program designed to make warships magnetic invisible. So the story went, the experiment – which went down in the Philadelphia Navy Yard, hence the name of the program – went wrong and caused the ship to become literally invisible, injuring a number of the crew and with some of them killed.

There are even tales that some of the crew vanished from the ship, never to be seen again. Jessup, scared and stressed, blew the whistle on what he knew of the experiment and told the Navy all that he knew, which was exactly what the Navy wanted. Of course, given the fact that Jessup was already in a deep state of fear and paranoia, this visit from the Navy only increased his anxieties. He saw Men in Black lurking outside of his home. Hang-up calls in the middle of the night became regular occurrences. Mail arrived tampered: opened and resealed. Clearly, someone – or some agency – was trying to derail Jessup and his research. And they were doing a very good job, too. In fact, from Jessup’s perspective, it was way too good a job. 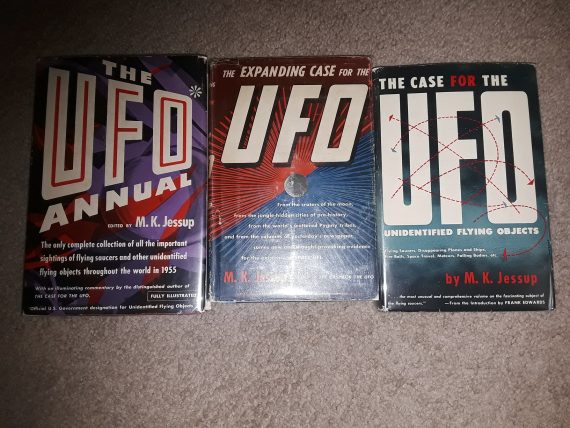 In the early evening of April 20, 1959, the lifeless body of Morris Jessup was found in his car, which was parked in the Matheson Hammock Park in Miami, Florida. The car’s engine was still running and a hosepipe, affixed to the exhaust, had been fed through the driver’s side window. Jessup was dead from the effects of carbon-monoxide. Jessup’s body was found by a man named John Goode, who worked at the park. Shocked at the sight before him, Goode quickly called the police, who arrived in no time at all. While it certainly looked as if Jessup had killed himself, not everyone was quite so sure that things were as clear cut as that. The window through which the hose was stuffed with a couple of towels, to prevent air from getting in and carbon-monoxide from getting out. Curiously, Mrs. Jessup - Rubeye – confirmed that the towels were not theirs. Why, if Jessup took his own life, did he not take towels from the family home? What would have been the point of buying new towels? And, if he did buy such towels, where was the receipt from the store they were purchased from? It certainly wasn’t in the car, or in any of Jessup’s pockets.

Equally suspicious is the fact that on the very night before his death, Jessup was in a very upbeat, fired-up mood: he spent more than an hour chatting on the phone with a good friend, Dr. Manson Valentine, expressing his enthusiasm for his latest work and plans for further investigations. Jessup even told Valentine that they should have lunch together the next day, as Jessup had something incredible to reveal. Valentine never got to see what it was that Jessup had uncovered – and he never saw Jessup again, either. Suicide or murder? The jury still can’t make its mind up, almost sixty years later.