My recent article on the Betty and Barney Hill "alien abduction" incident of September 1961 provoked quite a bit of feedback at Facebook and at my blog. So, with that in my mind, I thought I would share with you some of the primary figures in the abduction field from the 1970s onward. The person who largely, and almost single-handedly, kick-started the first part of this story of genetic manipulation of the Human Race by advanced extraterrestrials, was a Virginia-born painter named Budd Hopkins. It was Hopkins’ 1981 book, Missing Time, which really set the cat among the pigeons, even though Hopkins had been working in the field in the 1970s. The abduction stories of Betty and Barney Hill, Travis Walton, Herbert Schirmer, and Charles Hickson and Calvin Parker were undeniably fascinating and they most assuredly made the UFO research community sit up and take notice of something astounding: people were being kidnapped and subjected to intrusive and frightening medical procedures by creatures from other worlds. There is, however, an important issue that needs to be stressed, and which demonstrates how and why the sheer scale of the alien abduction phenomenon remained under-appreciated until Hopkins was on the scene in the late 70s and early 80s.

The Hill case occurred in 1961. Herbert Schirmer was taken on board a UFO in 1967. Hickson and Parker’s abduction was in 1973. And Travis Walton was taken in 1975. That’s just four cases across fourteen years. Yes, there were other, less well profiled, abductions throughout that time period; but, the image that these incidents provoked was one which suggested abductions were things that occurred only now and again. For many, it was not a case of aliens routinely abducting people on a regular basis, all across the planet. Well, actually…it was. But it was Hopkins, whose abduction research began in 1976 that we have to thank for demonstrating that what appeared to be a few, random events was actually nothing of the sort. For Hopkins it was a downright epidemic.

More disturbing, Hopkins' work showed that, in many cases, abductions did not begin when people matured and were adults. They commenced in the formative years of childhood and very often ran through numerous generations of the same families. In some cases, Hopkins found, people were being implanted with small devices – for purposes that no-one could ascertain. Maybe they were designed to tag people, allowing the ETs to track the abductees throughout their lives, and no matter where they might relocate to on the planet. A far more sinister theory was that the implants were designed to do nothing less than alter the behavior of the abductees. In no time at all, the days of Betty and Barney Hill were overthrown by fears of alien-orchestrated Manchurian Candidates and hypnotically-controlled abductees. 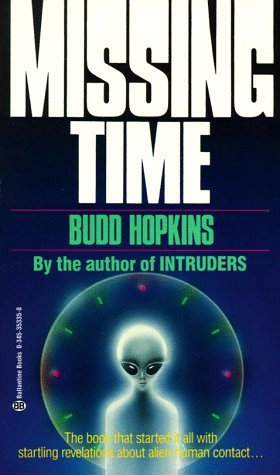 Hopkins' early work, as published in Missing Time in 1981, also sowed the seeds for something else: a deep and nagging suspicion that part of the alien abduction agenda – and, just perhaps, all of it – was based around matters of a reproductive nature. Hopkins asked of this issue: "What if the UFO occupants are taking something from their captives?" He answered his own question with the following: "We may indeed possess something – a natural resource, an element, a genetic structure – that an alien culture might desire to use, for example, as raw material."  Hopkins may well have been right on target with his references to a "genetic structure" and "raw material." Hopkins' book proved to be a major talking point within the field of Ufology and firmly set the scene for what was to follow.

Budd Hopkins continued to intensively investigate alien abduction claims in the 1980s, and to the extent that a clear pattern of DNA fingerprinting, the extraction of ova and sperm from abductees, and suspicions of a massive, alien-driven operation to use the Human Race in some huge, genetics-driven program took firm shape. It was, however, in 1987, that matters really came to a head. In that year, Hopkins’ follow-up book, Intruders, was published, and which told the story of alien abductee Kathie Davies. It was a book that reinforced the scenarios detailed in Missing Time. Hopkins continued his research and died in 2011.

Skull of an Ancient 12-Foot-Tall Sloth Unearthed in Argentina