Alien Abductions: The Terror They Bring

My previous article was an overview of the Betty and Barney Hill "alien abduction" of September 1961. It's important to note, though, that there was far more than what was described in yesterday's article. As you'll now see. For those who may not have seen the previous article, the story is a remarkable one. It's comprised of Betty and Barney’s own memories that flooded back into their minds during nightmarish dreams, and data that surfaced during the hypnosis sessions with a Dr. Benjamin Simon. We’ll start with Betty. According to her, while under the control and sway of the strange creatures that stood before her on the craft, she experienced something deeply traumatic: laid out flat on something akin to an operating table, Betty – to her horror – witnessed one of the entities inserting a needle-like device into her navel, after informing her he was going to check if she was pregnant.  In addition, Betty said the alien performing the procedure assured her that the test would be very helpful – but in what way, and why, was not explained.

In Betty’s own words: “It was a long needle. I would say the needle was four inches long, six inches, maybe. There was a tube attached to it and they didn’t leave it in very long, just a second." Far from feeling like the slight pain associated with a needle, Betty said that the pain was more along the lines of what she thought it would feel like to have the blade of a knife plunged into her.  In other words, it was excruciating. Both the entity carrying out the task, and an additional one that was perceived by the Hills as the "leader," reacted in a surprised and concerned fashion – to the extent that the creature overseeing the situation waved his hand over Betty’s eyes, something which immediately removed all of the agony. At least, that was the scenario in Betty’s dreams. Under hypnosis, however, the story was that the pain did not go away she was still in pain and deeply stressed. This is highly suggestive of the probability that Betty’s subconscious state had attempted to place a more positive, less traumatic, slant on the experience – but one that the hypnosis sessions demonstrated was far worse than her mind was trying to telling her. In fact, such was the stressful, pain-filled, and fear-dominated state that Betty was in, Dr. Simon took the immediate step of bringing the hypnotic session to a rapid halt. This particular aspect of the Hill affair brings us to the matter of something called amniocentesis. 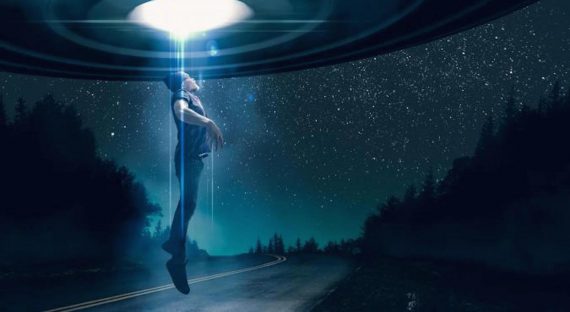 When a woman becomes pregnant, the developing fetus is enveloped in what is termed amniotic fluid. It is a liquid that is very much like water, and from a study of which a great deal can be ascertained about the health and development of the fetus. Alpha-fetoprotein and developing skin cells are two of the main things that the procedure focuses on, as it seeks to confirm the condition of the fetus. During the process, a needle is inserted into the mother’s uterus, via her abdomen, usually between 15 and 18 weeks into pregnancy. Since the procedure can be a tricky one, it is constantly overseen via ultrasound scanning. The goal is to use the needle to secure a small amount of amniotic fluid, which can then be studied and analyzed. Typically, the procedure is performed for genetic reasons, such as to determine if the developing baby may have Muscular Dystrophy, Cystic Fibrosis, or Down Syndrome.

It must be said that there is one notable difference between amniocentesis and the procedure that Betty Hill experienced. Namely, that the needle inserted into Betty went via her navel. In amniocentesis, it’s via the abdomen and then into the uterus. Nevertheless, it’s still astonishing that Betty’s aliens informed her that the needle-inserting procedure was linked with determining if she was pregnant. Those doubtful of Betty’s account might take note of the fact that in 1930, the team of Leland E. Holly, Thomas Orville Menees, and J. Duane Miller, performed an amniocentesis procedure on a pregnant woman. In this case, it involved injecting dye into the amniotic sac, specifically to study the placenta and the fetus. It was also used, as far back as the 1950s.

Could Betty have heard of, or read about, these early, pre-1960s era examples of amniocentesis? Certainly, it’s not impossible. In addition, in 1960, only one year before the encounter of the Hills, and for the very first time, amniocentesis was used to identify hemophilia-related issues relative to mother and fetus. It was a development reported on, at the time – albeit primarily in in-house medical journals, of a type that Betty was unlikely to have come across. If Betty did have an awareness of what amniocentesis is, it’s not impossible that buried memories of reading about it had a bearing on both her dream-based and hypnotic recollections. But, on the other hand, why would Betty say the needle was inserted into her navel, if she knew that amniocentesis was a technique that was focused only on the abdomen and the uterus?  In some respects, what Betty told of sounds more like a laparoscopy, in which a small insertion is made into the belly and a lighted tube is inserted to allow for an examination of the pelvic organs to be undertaken. So, given that the pelvic organs include the uterus, the fallopian tubes, the vagina, and the ovaries, a solid case can still be made that the procedure performed on Betty was of a gynecological nature, even if it wasn’t a case of amniocentesis.

Having addressed one of the most significant procedures performed on Betty Hill, let’s now turn our attentions to Betty's husband, Barney. While in the craft, entities placed something over Benny's penis, something that caused him to ejaculate. The clear inference is that the aliens wished to obtain a sample of Barney’s sperm. Then, there followed a much stranger procedure: one of the creatures carefully ran its fingers down the entire length of Barney’s spine. It’s also worth noting that although most people associate the experience of the Hills with the so-called, diminutive, skinny, large-headed and black-eyed "Grays" of alien abduction lore, the fact is that Betty described the entities as having dark hair, pronounced foreheads, and “Jimmy Durante noses.” For those who are not aware of who Jimmy Durante was, he was an Italian-American comedian noted for his huge nose. Barney Hill died in 1969; very tragically, he was only forty-six years of age when he passed. Betty lived on until 2004, when she passed on at the ripe old age of eighty-five. The saga of Betty and Barney Hill still continues.