Throughout the realms of strange creatures and reports of alien entities there have been things that come in numerous shapes and sizes. There are countless forms these creatures take, and some of them can be very odd indeed. One type of report that has lurked about for some time is that of what seem to be bird-like humanoids of some sort, and they make for some very unique cases, indeed.

One of the strangest cases of avian humanoids on record comes from the year 1962. The case was first featured in a 1968 edition of Flying Saucer Review, related by a UFO researcher called Lyonel Trigano, and it is quite bizarre, to say the least. On one rainy evening in November of 1962, a French businessman only referred to as “Mr. S” was driving along a desolate stretch of road in the region of Var when he saw something rather odd in the gloom ahead. There through the slashing rain he saw huddled in the road a group of figures that he at first took to be people, but which would soon prove to be far stranger. He would say of the encounter:

Rounding the bend, I saw, 80-meters [just over 260-feet] ahead, a group of figures clustered in the middle of the road. I slowed down to avoid the group, and at the same moment it split into two parts, suddenly and jerkily. My window was down and I leaned my head out slightly to see what was the matter; it was then that I saw beasts, some kind of bizarre animals, with the heads of birds, and covered with some sort of plumage, which were hurling themselves from two sides towards my car. Terrified, I wound up my window, accelerated like a mad man, and the stopped 150-meters [approximately 500-feet] further on. I turned round and saw these things, these beasts, these nightmarish sort of beings, which were heading, with a sort of flapping of wings, towards a luminous dark-blue object, which hung in the air over a field on the other side of the road. 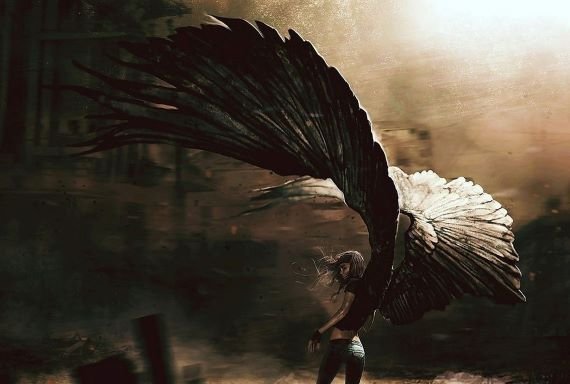 As if all of this wasn’t odd enough, he would claim that as the menacing humanoids flew up towards the object they were literally “sucked up” into it “as if by a whirlwind,” after which the craft shot off at breathtaking speed. What was going on here? Another interesting account comes curtesy of intrepid researcher Albert S, Rosales, who has passed along some very strange reports to me along the same lines. One first featured in the famed Jacques Vallee’s book, Passport to Magonia, and describes a case from May of 1966, when a farmer by the name of Manual Hernandez was walking home from a hard day out in his fields in a dusty, rural area of Cordoba, Spain. As he trod along a lonely road lost to his thoughts, he noticed a disc shaped object resting upon the earth around 100 meters away from him.

Hernandez was not quite sure what to make of the object at first, but as he approached it seemed to be very bizarre, indeed. It seemed to be a metallic disk of some sort, about 3 meters in diameter, with a rim that reflected the morning light, obviously not a usual aircraft of any kind. He drew closer, and when he got closer he noticed some otherworldly entities appear from no discernible opening in the craft. He described them as being “short in stature with bird-like wing-like protrusions and gray-green skin color,” as well as wearing glass helmets of some kind and blue coveralls. The beings then flew out over the nearby field to circle about through the sky for some time before Hernandez became afraid and ran back home. He would later return with some of his family members but both the winged flying aliens and their ship were nowhere to be seen.

Another account passed along from Rosales is that of 7-year-old “Gilles L.” in Dupuy, West Abitibi, Quebec, Canada. On July 4, 1960, he was having lunch with his family on their rural property on an otherwise normal and uneventful day when he suddenly heard a voice in his head that commanded him to go to the barn. He would claim that the command was irresistible, and that he had felt compelled to get up and walk to the barn as instructed, but when he did, he found the way blocked by a glowing red sphere hanging over the path. He then tried to back away, but was paralyzed by a wash of images and words beamed directly into his head and he passed out. When the boy woke again, he claims he was in some sort of bizarre room with prism-like walls with strange symbols like hieroglyphics etched into them. He tried to move, but seemed to still be paralyzed upon some sort of hard, white block. And as he struggled and looked around frantically, he saw an entity in there in the room with him. The creature was described as being about 5 feet tall and with a head resembling that of a bird, with a hooked eagle-like beak and which peered at him with large, yellow eyes. The being’s long arms were tipped with three fingered talons, and it was soon joined by another of the same creatures. They apparently showed him a tablet of strange symbols and appeared to want him to read it, but the boy could not understand it and blacked out once again only to wake up in the field and find that several hours had passed. 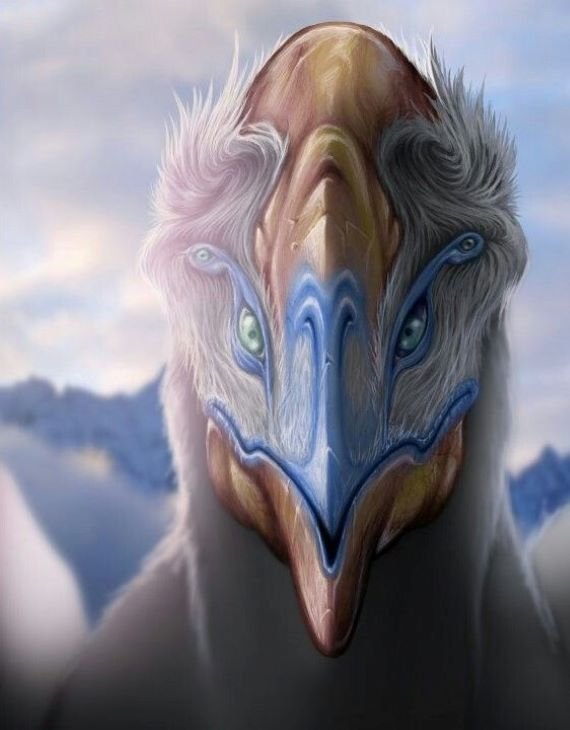 From 1968 we have a report from near Celano, in Abruzzi, Italy. On June 14, 1968, a woman called into a local police station in complete hysterics and claiming to have seen three disk-shaped objects that glowed red hovering about on the outskirts of town. Before long, other reports came in claiming the same thing, and then there came reports of “huge birds with tiny wings and with faces like humans” flying towards town. These wings appeared to move so fast as to appear as only a blur, and several witnesses called into the police station claiming to have seen the flying beasts. The next day there was even a man named Arturo Gerraci who claimed to have found the dead body of one out in the forest, which he called the “corpse of a winged monster.” A local doctor by the name of Respighi then went out to the site after hearing the man’s frantic story and was shocked to see the creature for himself. He would describe it as follows:

A creature of about 3-feet in height, weighing approximately 41 pounds, having arms and legs formed roughly the same as those of a normal human, that is to say with fingers, opposing thumb, and toes, complete with joint structure. A wing like appendage attached roughly halfway between shoulder and neck on each side of the head. It was made up of tiny, thin, but extremely strong pieces of cartilage, apparently capable of moving very rapidly. The creature had no eyes. In their place was a cluster of tiny, filament like antenna, protected by a tissue thin membrane of skin. It had also gill like apertures capable of oxygen intake.

What in the world was this thing? Making it even more surreal is that according to the report the creature suddenly began to deteriorate rapidly, crumbling into “powdery flakes” and completely disintegrated in hours despite attempts to preserve it. Also from Italy is a report from 1945, which begins with a sailor on board the battleship “Duilio.” At the time the ship was at port at Toscana and the unnamed sailor was out on deck relaxing when he spied what at first looked like a V formation of migrating birds, but a closer inspection through the binoculars showed that they were in fact entities who looked completely human except that they were covered in feathers and had sweeping wings and legs that ended in talons.  According to the witness, the creatures flew right on by, and were gone before he could get others to seem the flying entities for themselves. 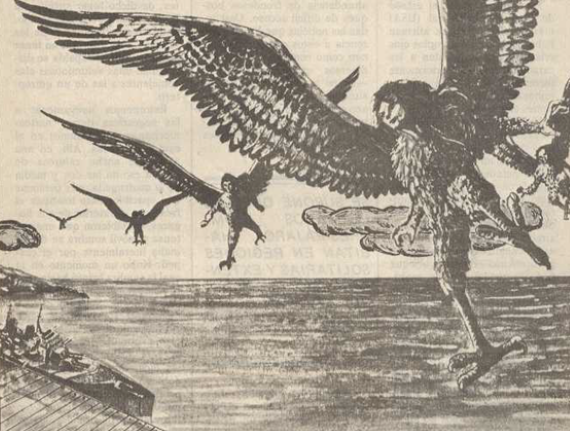 It is interesting to note that bird-like or avian humanoids have populated history in the legends and myths of many disparate cultures, and we are left to wonder just what is going on in cases such as this. Are these instances of some sort of alien lifeforms? Are they perhaps cryptids of some kind, unidentified creatures that have managed to remain undiscovered? Are they perhaps interdimensional interlopers intruding upon our reality only to go back off to from whence they came? It remains unknown, and such accounts only serve to inspire awe and wonder.