Within the field of "UFO Contactees," "Space Brothers," and "Space Sisters," there are a number that are very well known. They include George Van Tassel, Dana Howard, Truman Bethurum, Mollie Thompson, Orfeo Angelucci, George King and Margit Mustapa. And they were just the tip of the iceberg. Then there are the far lesser-known experiences of a young man named Bob Renaud. On one particular night in July 1961 (just two months before the Betty and Barney Hill abduction), Renaud picked up an extraordinary message while "browsing around the shortwave bands" in his small, Massachusetts town. It began with a series of bleeps but was soon replaced by a female voice, which later identified herself as one Linn-Erri. So the story goes, the eighteen-year-old Renaud was told: "I am called Linn-Erri, and my associates and I come from the planet Korendor. We are speaking to you from our spaceship many miles above earth."

As was the case in so many Contactee-themed cases of the 1950s and 1960s, Renaud had repeated and extensive chats with his newfound alien friends, many of which were focused on the aliens’ fears that we, the Human Race, were on the verge of destroying ourselves. Also closely following the trend of so many Contactees, Linn-Erri and her comrades took Renaud on trips to secret, alien installations, and taught him to create complex machines, one of which was somewhat akin to an old-style television set. It reportedly allowed Renaud to see Linn-Erri in the flesh, so to speak. She was a ravishing blond, who looked to be about nineteen years of age, but who claimed to be closer to her mid-seventies – in human years. 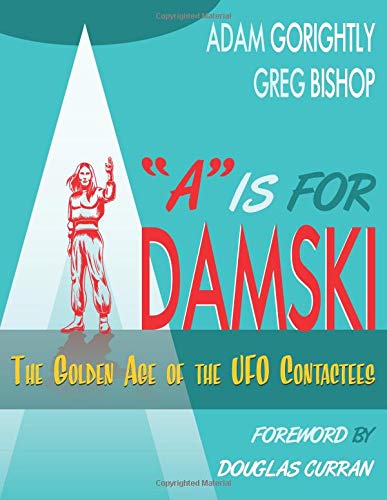 Greg Bishop and Adam Gorightly brought the story to a new generation in their 2018 book, "A" is for Adamski: The Golden Age of the UFO Contactees." The pair wrote: "...Renaud received instructions on how to adjust his television set to receive visual transmissions from outer space and soon Linn-Erri materialized on the screen, a beautiful, statuesque blonde possessing the all too earthly dimensions of 37-22-36!" The adventures didn't end there. Still with Gorightly and Bishop: "In the early morning hours of December 22, 1962, an average-looking car carrying some average looking fellows (Korendorians in disguise) picked up Renaud and took him for a ride to an isolated area where he was treated to a demonstration of an anti-gravity device that levitated a huge rock one hundred feet into the air and then disintegrated it with a ray gun." Not only that, in quick time Renaud channeled no less than twelve books - all of which were focused on the philosophy and science of the Korendorians. 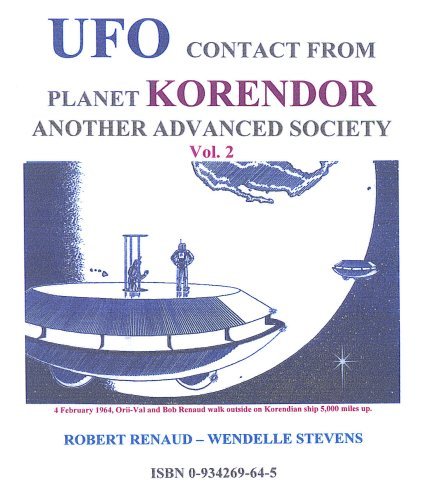 As for the specific appearance of the Korendians, we have this: "They were deep blue, almost indigo, with smaller pupils because of Korendor's light being about 1/6 brighter at the Korendian surface than our sun's on Earth. There were no discernible eyebrows (or in fact any hair at all). The skull structure over the eyes protruded more than a Terran's, perhaps to shade the eyes from overhead sunlight. The ears were smaller in relation to the head than ours, lobeless and distinctly peaked at the top. They were pressed almost flat against the head. The nose was small, with slit nostrils. The mouth was slit-like, with lips that were less pronounced than ours, and slightly narrower in proportion to the jaw. It was curled upward in what on Korendor must pass for a smile."

It’s not unreasonable to suggest that this could all have been provoked by nothing stranger than the late night, hormone-driven fantasies of a young man run wild. But, there is something that makes Bob Renaud’s story very intriguing. The name, Linn-Erri, is very similar to the Gaelic word, "Lionmhairreacht," which is pronounced "Lin-errich" and that translates into English as "abundance." On top of that, even the name of the aliens' alleged home planet, Korendor, is worth commenting on. It’s a word very similar – if not near-identical – to the Gaelic "Cor-Endor," which means "mound of Endor," or as Whitley Strieber described it, "a place of oracle." For more on the Gaelic angle of the UFO phenomenon, click here.