The last voyage of the 28-year-old Sea Princess has the crew terrified as they’re claiming that the vessel was haunted by a seaman who committed suicide just weeks ago.

The twelve crew members are sailing from Sharjah, United Arab Emirates, to the Alang shipwrecking yard in Gujarat, India, but on January 28th, an Indian seaman took his own life. And ever since then, the crew has reported frightening paranormal activity on board the ship such as “eerie and unusual cries”.

The body of seaman Bhupender, who worked on the ship for 13 months, was put in the meat room but that just caused more anxiety among the remaining crew members as they were nervous to take any of the food. His body was finally removed from the ship after three days, but the fact that he remained on the vessel for several days after his death may explain the paranormal activity. 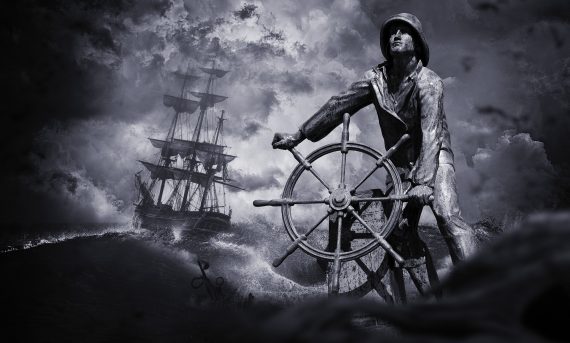 But even after his body was moved from the ship, the crew members continue to claim that unexplained events are still happening. In an interview with The New Indian Express, K. Sreekumar, who is an inspector with the International Transport Workers’ Federation (ITF) in London, said, “The crew is terrified as they claim the ship is haunted.”

Nothing strange happens during the day as all of the paranormal activity occurs at night. Several crew members have reported seeing the deceased seaman’s apparition and even heard him crying out for help. One member stated that they hear strange cries in the accommodation area of the vessel and that during the night the disembodied voice is incredibly scary and shrill-sounding.

Sushil Kumar, who is the chief engineer of the ship, confirmed the paranormal activity even though he was very hesitant to discuss the events. “It is not a rumor. It is true but I won’t be able to talk to you about it. If I talk, I won’t be able to sleep. The entire crew is scared. We will talk once we come out of the vessel,” he stated. The New Indian Express also reached out to a Tamil sailor but he refused to talk as Sushil claimed that the man is completely terrified from the events. 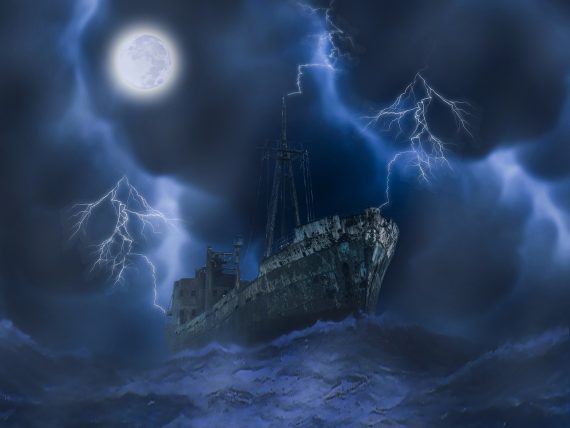 As a matter of fact, the paranormal activity is so bad that the crew members have refused to continue on with the voyage and they are currently in negotiations with the Sharjah port authorities so that they can finally leave the vessel. Mohamed Arachedi, who is the ITF Arab World coordinator, explained how distraught the crew is feeling, “The suicide of Bhupender has created severe psychological impact on the seafarers. The crew is living in a state of fear. They claim to have seen a ghostly presence on board.”

I can’t blame them for wanting to leave a haunted ship as soon as possible. (A photo of the Sea Princess can be seen here.)

A Strange Lifetime of Bizarre and Spooky UFO and Alien Encounters