As someone with a personal fear of dolls, I can’t think of anything more terrifying than a bunch of them hanging from trees (you couldn’t pay me enough money to visit the Island of the Dolls), but that’s exactly what a woman discovered while walking through the woods in Cannock Chase, Staffordshire, England.

On January 28th, a 64-year-old woman who wished to remain anonymous was walking through the woods when she came across dozens of dolls “nailed” and “tied” to trees near the location where the old Pensions Hospital once stood.

In an interview with Black Country Live, she described the dolls, “They were in some sort of order. Their dresses were all raggedy and they were all tied and nailed to the trees.” She went on say, “And as I came out of the woods I saw a sign that said that this was the operating theatre for the old Pensions Hospital. It was just a little bit weird considering what I do for my job.” The woman is a theatre practitioner at Walsall Manor Hospital.

Apparently, there was an old war hospital that was constructed on Brindley Heath where the dolls are now located. And signs that the woman found proved that the site was once the location for the Ministry Pensions Hospital that closed down in the late part of the 1920s. At that point, the houses were used for miners and their families to live in and the area was named “Brindley Village” which was occupied until the early part of the 1950s when the occupants moved to a new location near Hednesford.

A video and photos of the dolls can be seen here.

Creepy looking dolls hanging from trees isn’t the only strange thing associated with Cannock Chase. In fact, there have been countless reports of strange activity over the years from mysterious large black cats, to Bigfoot and werewolf-type of sightings, a UFO crash in the 1960s, and even little green men.

But probably the most terrifying stories have to do with black-eyed children. The 1960s became a very scary time when two young girls went missing. Their bodies were eventually found on top of each other in a ditch. Another young girl went missing and was found dead a couple of years later. 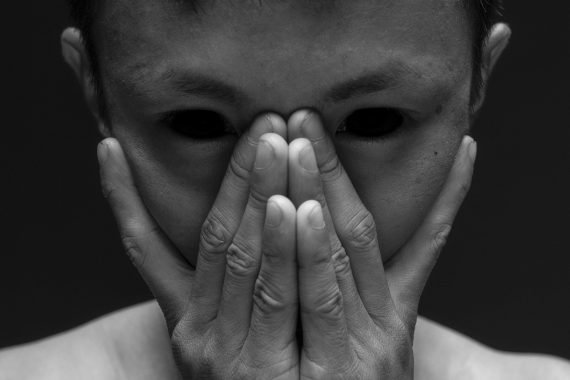 An attempted abduction was witnessed by a local who called the police and a man named Raymond Morris was interviewed but there wasn’t enough evidence to arrest him. He went on to kill yet another young victim. He was eventually arrested and convicted of murder in 1969.

According to the legend, children without eyes have been seen wandering around Cannock Chase. These black-eyed kids have been witnessed on numerous occasions and while some people believe these entities are aliens, many others are convinced that they are the spirits of the murdered girls. In fact, several people have reported seeing a ghostly child walking through the trails.

Cannock Chase is certainly a mysterious and creepy location.