Event Named For Douglas Adams Changed Life, the Earth and Everything 42,000 Years Ago

“The Hitchhiker's Guide to the Galaxy” author Douglas Adams told us that the "Answer to the Ultimate Question of Life, the Universe, and Everything" is 42. A new paper published in the journal Science suggests that life, the Earth and everything changed 42,000 years ago – an event they’ve named the 'Adams Event' in honor of the other ‘42’. What was it and why did it change everything?

"For the first time ever, we have been able to precisely date the timing and environmental impacts of the last magnetic pole switch."

In a press release announcing the discovery, Chris Turney, a professor at UNSW Science and co-lead author of the study, identifies the event 42,000 years ago as the ‘Laschamp Excursion’ – the short reversal of the Earth's magnetic field during the end of the Last Glacial Period that lasted 1,000 years and was named for the geomagnetic anomalies it caused that were discovered in the 1960s in the Laschamps lava flows in Clermont-Ferrand, France. While the magnetic pole flip was known, its effects were not. Until some researchers in New Zealand figured out where to look. 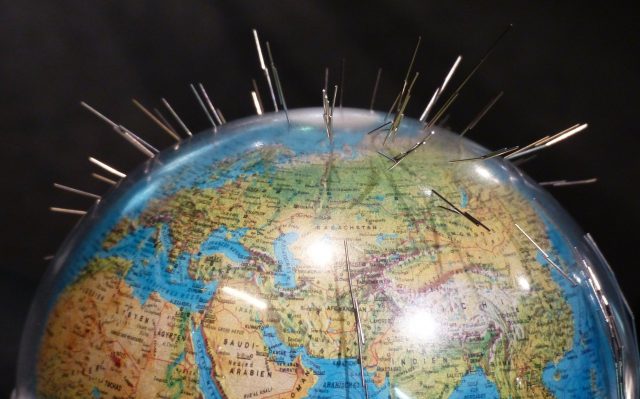 “The findings were made possible with ancient New Zealand kauri trees, which have been preserved in sediments for over 40,000 years. Using the ancient trees we could measure, and date, the spike in atmospheric radiocarbon levels caused by the collapse of Earth’s magnetic field.”

Studying the rings of these 40,000-year-old kauri trees was like reading a detailed timeline and history of the Laschamp Excursion. They showed that the real damage to life, the Earth and everything didn’t occur during the event but before it, as the poles were in the process of swapping sides.

“Earth’s magnetic field dropped to only 0-6 per cent strength during the Adams Event. We essentially had no magnetic field at all – our cosmic radiation shield was totally gone. Unfiltered radiation from space ripped apart air particles in Earth’s atmosphere, separating electrons and emitting light – a process called ionization. The ionised air ‘fried’ the Ozone layer, triggering a ripple of climate change across the globe.”

Using the Adams Event timeline, Turney and his team matched it up to events occurring around the world at the same time – discovering that the growth of ice sheets and glaciers over North America and large shifts in major wind belts and tropical storm systems began occurring during and after the Adams Event. The damage included the simultaneous extinctions of megafauna across mainland Australia and Tasmania that defied previous attempts to explain. It may have also been responsible for the extinction of Neanderthals and the sudden widespread appearance of figurative art in caves around the world – the activities of humans hiding in the caves to escape climate change and frightening events in the skies. 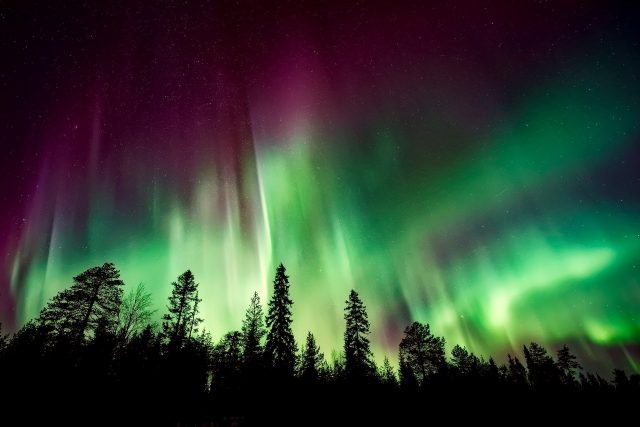 “Early humans around the world would have seen amazing auroras, shimmering veils and sheets across the sky. It must have seemed like the end of days.”

Co-lead author Professor Alan Cooper, Honorary Researcher at the South Australian Museum, says the aurora borealis and aurora australis (northern and southern lights) would have been brighter and more frequent due to the reduced magnetic field, which also would have increased the frequency and intensity of electrical storms. Turney says the team was amazed at how well the events from around the world matched up to the timeline in the tree rings.

“The more we looked at the data, the more everything pointed to 42. It was uncanny. Douglas Adams was clearly on to something, after all.”

‘The Adams Transitional Geomagnetic Event’ (Adams Event) is the answer to what happened during the last magnetic pole flip 42,000 years ago – an event that is occurring again right now in 2021, when a lot of catastrophic environmental events are occurring. ‘21’ is half of ‘42’! Are we in an Adams Event 2.0?

Someone fire up Deep Thought!

The Strange Nordic Alien Encounters of a Congresswoman Candidate