The oldest DNA ever recovered dates back more than a million years and belonged to mammoths.

Molar teeth belonging to three different mammoths in the northeastern part of Siberia were discovered that date back to the Early and Middle Pleistocene Period. The specimens, that were found preserved in permafrost, were named Krestovka, Adycha and Chukochya. The Krestovka mammoth dates back about 1.65 million years, while Adycha was from about 1.34 million years ago, and Chukochya was 0.87 million years of age. It is thought that these three mammoths were among the earliest of the species.

The process involved with getting the DNA was quite complicated as Love Dalén from the Centre for Palaeogenetics in Stockholm and the lead author of the study explained in a press briefing, “This DNA was extremely degraded into very small pieces, and so we had to sequence many billions of ultra-short DNA sequences, in order to puzzle these genomes together.”

Furthermore, they were able to determine that Krestovka came from a previously unknown lineage of mammoths that may have migrated to North America. This lineage would have eventually evolved into the Columbian mammoth. It is believed that Krestovka’s lineage mated with woolly mammoths in a “hybrid speciation event” and that’s where the Columbian mammoth came from. Adycha and Chukochya belonged to a part of the same family line that evolved into the woolly mammoth.

Interestingly, there were several key differences between the molars belonging to Adycha and Chukochya compared to woolly mammoths from more recent times (but still ancient as they became extinct thousands of years ago). The biggest differences included how thick their enamel was; the density of the enamel plates and how many of them were present; as well as how long their crowns were. Researchers are still unsure as to what caused the differences. (A picture of the teeth can be seen here.)

In the same briefing, co-author Tom van der Valk said in part, “And what we found is that many of the adaptations that we know woolly mammoths have, such as thermoregulation, changes in their circadian rhythm, fat deposits and hair growth, were already present” in the mammoths from over a million years ago. 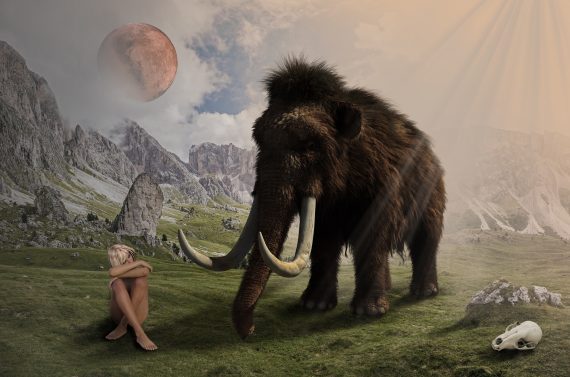 The fact that they were able to recover the world’s oldest DNA from more than a million years ago is incredibly exciting because prior to this analysis of the mammoth molars, the earliest DNA belonged to a horse that lived in Canada’s Yukon Territory sometime between 780,000 and 560,000 years ago.

The research of the mammoth DNA was published in the journal Nature where it can be read in full.