Fairy Circles May Be Proof the World is Going to Survive

Fairy circles are like the less-appreciated, younger siblings of crop circles. This is sad, since they’ve managed to escape the myths of being caused by gods or fairies and the confusion with fairy rings (which are naturally forming rings of mushrooms that have their own mythology) to become intriguing, naturally occurring grass circles whose uniform mathematical shapes have intrigued the likes of no less than Alan Turing. Now, they’re intriguing environmental scientists, who say the fairy circles are a sign that things are looking up for the world … at least ecologically. We’ll take any good news these days, even if it comes from fairies … right?

“Our findings imply that the emergence of transient patterns can identify the ecological processes underlying pattern formation and the factors determining the ecological resilience of salt marsh ecosystems.”

Sigh. If only scientists could speak in simple terms. In a new paper published in the journal Science Advances, Quan-Xing Liu, a professor at East China Normal University, a team of environmental researchers explain how they took a new look at fairy circles growing in Chinese saltmarshes. These are called “transient fairy rings” because they’re less stable than the more well known fairy rings found only in the arid grasslands of the Namib desert in western parts of Southern Africa and in a part of the Pilbara in Western Australia. They’re still mysterious rings – circles of vegetation empty in the middle, with an occasional ring-withing-a-ring – that have not been studied as much as Turing’s fairy rings. Quan-Xing Liu wanted to know more. He explains his research on his website.

“Here, we combined in-situ experiments and field investigations to demonstrate that scale-dependent feedback as a typical self-organization mechanism underpins the irregular patterning of the saltmarsh vegetation dominated by Scirpus mariqueter (left photos). We reveal that this self-organization process is associated with modifications of a range of plant functional traits as well as enhanced vegetation productivity, and that the self-organized saltmarsh vegetation patterns can create a better micro-habitat for macrobenthos, promoting their total abundance and spatial heterogeneity of species diversity.”

Spoken like a typical scientist. Inverse.com breaks it down for us. The researchers observed the fairy circles from the ground and from the air with drones and combined their data with statistical models and computer simulations. They focused on sulphide toxin accumulation and nutrient restriction as the probable causes of these fairy circles. Sulphide toxin accumulation causes carbon to be produced in the middle of a solid disc of vegetation, killing the growth in the middle to form a circle. The nutrient depletion theory speculates that the vegetation in the middle of the solid disc has less access to nutrients and dies of starvation, forming the ring.

Place your bets now on which process creates the saltmarsh fairy circles. Made your pick?

"More convincingly, the new theoretical model is different from the classic Turing paradigm of 'fairy circles' in that the self-organizing patterns produced by the new model are not mutually exclusive."

What Liu means is that both choices are winners -- sulphide toxin accumulation and nutrient restriction fairy circles co-exist in the same saltmarshes. But wait … there’s more! Not only do they live together, they help each other out in times of disaster – like climate change.

"On the contrary, the adjacent vegetation patches will merge with each other due to expansion, and finally the spatial homogeneous vegetation state will become the final stable state of the whole world." 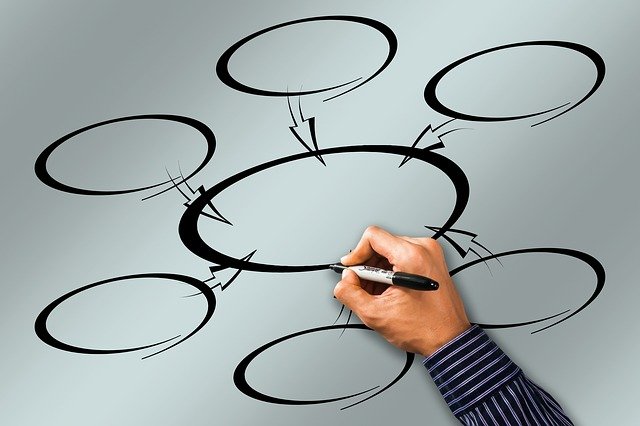 In other words, the saltmarsh fairy circles merge in times of stress and ultimately form larger, more plant-heavy fairy circles that are more resilient during and after an ecological disaster. That's why the researchers have hope for planet Earth -- at least for its vegetation.

If fairy circles can survive through cooperation, so can humans. Alan Turing would certainly agree.