Dean Buckley has conducted several paranormal investigations at the haunted Conisbrough Castle in Doncaster, England, and he even captured two photographs of what appeared to be a ghostly monk. The pictures were actually taken five years apart and appear to show the monk who is said to walk along the walls of the castle.

The member of Conisbrough Paranormal Research Association recalled when he captured the most recent photo of the ghost, “I was pretty shocked when I realized I had seen the monk again.” “I’ve been searching for proof at the castle for a number of years and I think these photos show it.” 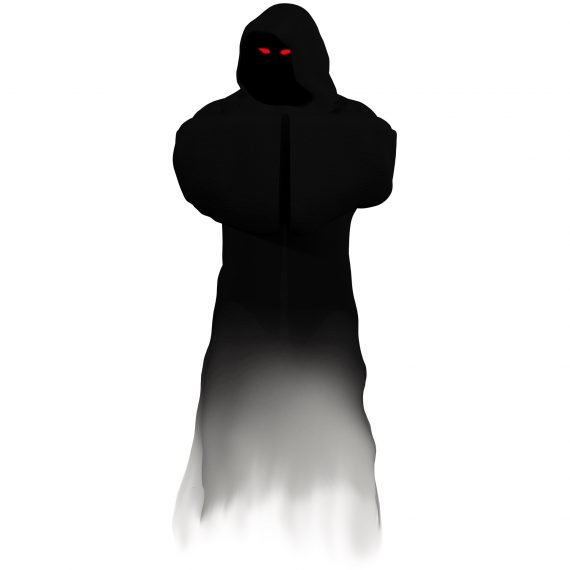 His first sighting of the monk occurred back in 2015 after a paranormal investigation at the 12th century castle. “I was just putting all my stuff away into my rucksack. All of a sudden, I saw a pair of legs, from the knee down. It was like a monk, dressed in gown and sandals, crossing the grounds,” he explained, adding that a medium named Sandra Dunne was there and she also witnessed the apparition.

Mr. Buckley again saw the apparition last year, “We were exploring the walls and it felt like someone was watching us. It felt very atmospheric.” At that point, he snapped a picture and that’s when the apparition appeared on camera from the waist up. He is pretty sure that both photos were of the same monk.

“The story of the monk that haunts Conisbrough Castle has been passed down from generation to generation. I’m pleased I’ve finally got some proof and I’m looking forward to going up again and seeing what else I can find,” he stated.

In addition to the ghostly monk haunting the ruin curtain walls, a “white lady” has been witnessed at the top of the Keep where she was pushed to her death. As a matter of fact, the Keep of the castle is a very paranormally active spot with unexplained footsteps being heard there on numerous occasions and the sounds of a woman screaming. Nobody prefers to be alone there during the day or at night because it’s so creepy. Other unexplained activity includes odd lights in the chapel area, especially at night.

With so many reports of paranormal activity, including a ghostly monk haunting the property, perhaps Mr. Buckley did in fact capture not one, but two pictures of the spirit. The photos can be seen here.