Some mysterious deaths just seem destined to lodge themselves into the annals of unsolved mysteries and generate stories of dark conspiracies and murders. Such cases can become embroiled with all manner of talk of nefarious dealings and sinister characters pulling the strings, and one such very odd case is that of a man who worked in the area of government mind-control experiments, fueling talk of cover-ups and ominous experiments in programming the human mind.

On the cold morning of November 28, 1953, at around 2 am, people walking along Seventh Avenue in Manhattan, New York, were shocked to see a body come crashing down from the 13th floor of the Hotel Statler and come smashing into the sidewalk. Luckily no one else was injured in the incident, but people were immediately scrambling to figure out who this was and why he had jumped. It was soon found that the man had fallen from Room 1018A, which was occupied by a Frank Olson and Robert Lashbrook, and when police arrived at the scene, they found the stunned Lashbrook sitting on the toilet, who told them that the man who had jumped had been Frank Olsen. It was all very odd, as Lashbrook would claim that they had just been relaxing in the room when Olsen had jumped up from his bed, run across the room, and flung himself out the window, which had been closed and which he would have had to unlock and open.

It seemed like it must have certainly been a tragic suicide, but as authorities looked into the dead man a very intriguing picture would begin to develop. It would turn out that Olsen was not a nobody, but rather an American bacteriologist and biological warfare scientist, as well as a very important figure working for the Special Operations Division at Fort Detrick in Frederick, Maryland in the 1950s, where he had served as Deputy Acting Head of Special Operations for the CIA. One of his main duties was investigating the use of psychoactive drugs for the United States Army Biological Warfare Laboratories (USBWL). One of the more intriguing projects he had been involved with from 1952 was called Project Artichoke, which was a CIA operation looking into interrogation and mind control methods, as well as the possibility of whether someone could be involuntarily made to perform an act of attempted assassination through means such as hypnosis and psychoactive, mind-altering drugs such as LSD, and which was the ancestor of the later military mind-control operation MK Ultra. This sort of puts his death in a new light.

It seems that earlier that month, Olsen had gone to a conference retreat at a cabin at Deep Creek Lake, from which he returned sullen and morose, according to his family. He would claim that he had been drugged by either Sidney Gottlieb, head of the CIA’s Technical Services Staff, or by his deputy, Dr. Robert Lashbrook, and the laced drinks were also served to eight of the ten other scientists present, none of which had been warned about what was going on. It would turn out later that this drug had likely been LSD or some other psychoactive agent, and had been a clandestine test of its effects. Nils Olsen, Frank Olsen’s son, would later say of that weekend and the top-secret meeting:

My father was a research scientist who was involved with germ warfare, associated with the SO division, which stood for Special Operations. That was the most top-secret kind of research that was done out at Fort Detrick, and some of that research was being done in coordination with the CIA. The weekend after that meeting my father was severely depressed. He felt that he did something terribly wrong. And he told my mother he had done something wrong but he couldn’t tell her what and she asked him whether or not he had broken security. And he indicated that he would never do such a thing, but he felt that he had done something terribly wrong. We understood that my father was quite agitated and was having a serious confusion with separating reality from fantasy.

During this time, Olsen’s behavior had been highly erratic, with him apparently making various mysterious calls and making cryptic statements to his wife such as “I’ve made a terrible mistake,” and “They’re afraid I might hurt you.” He also went to what he called “psychiatric treatment” for a week without contacting his family, and not long after this he had made his final trip to New York and that hotel, after which he would make claims that he was hearing voices in the dark, acting paranoid and throwing out all of his cash and identification. It would also turn out later that there were some other odd clues. For instance, on the night of Olsen’s death, the night manager, Armond Pastore, one of the first on the scene, had found the doomed man dying on the street and claimed that Olsen had tried to urgently tell him something but it had come out as just garbled mumbles. He would say:

I rushed out to find Frank Olson, eyes wide open, looking straight at me, trying to tell me something. He was definitely trying to speak but there was nothing coming out but grumbles. He was in terrible condition. And I stepped back because now I had to find out where he came from. I looked up the building and finally I saw a little movement of a window shade. And when I concentrated on that, then I see that the window shade was stuck through a broken window.

It was also found that Lashbrook had made no attempt to call emergency services, but one mysterious call was overheard from him by the hotel operator, and Pastore would say of this:

In those days all of the calls were manual. You call the operator and you tell her what number you want and she would dial it for you. And then she listened to see that you got connected. When the man in the room called this number he said, ‘Well, he’s gone.’ And the man on the other end said, ‘Well, that’s too bad.’ And they both hung up. I mean, what’s more suspicious than that? You don’t have to be a genius to figure out that there’s something amiss. Or, Hamlet said, ‘There’s something rotten in Denmark.’ I mean, I knew there was something rotten at the hotel that night. 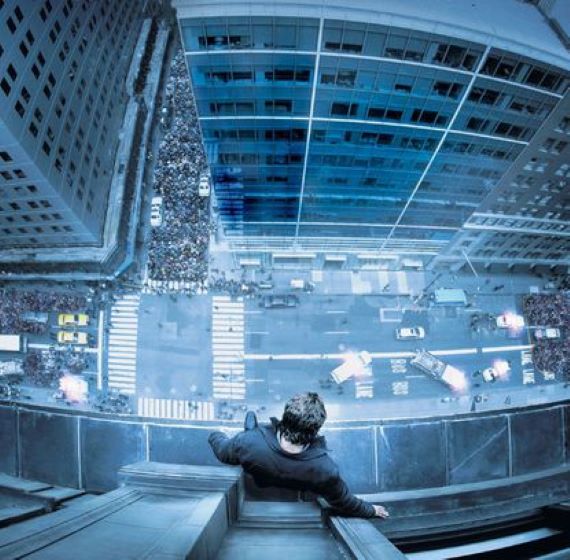 Yet another oddity was that Lashbrook later contradicted the idea that the window had been opened, instead claiming that he had distinctly heard the sound of crashing glass shortly before Olsen had plunged to his death, but a second autopsy of the body ordered by his family would turn up none of the cuts that he should have incurred from that, despite initial coroner’s reports stating that he had such cuts, and not only that but it seemed he had suffered blunt trauma to the head before falling. Pastore would say of this:

And here is Lashbrook sitting on a john in his skivvies and the police thought to question him and I heard him say, ‘Well all I heard was a crash.’ I walked around the room to look around. Nobody ever jumps through a window. They open the window and they go out, not dash through a shade and a sheer drape. You know, there’s no sense to that. In all my years in the hotel business I never encountered a case where someone got up in the middle of the night, ran across a dark room in his underwear, avoiding two beds, and dove through a closed window with the shade and curtains drawn.

Also striking against the broken window argument was the night manager seeing the curtain billowing out, suggesting the window was actually wide open. It all seemed very suspicious, and Olsen’s family were highly suspicious of the official statement that this had been a suicide. They believed that Olsen had been considered a high security risk due to his research and profession, and the whole thing cleaned up and covered up. However, for years they were denied answers, met with uncooperative officials at every turn, and not told certain details of Olsen’s death, with much information, including Pastore's testimony, withheld from them. In 1975, the CIA suddenly mysteriously admitted to them that they had indeed conducted drug studies on Olsen and issued an apology and a check from the government for $750,000, with no further elaboration or details. Despite all of the clues, they were ultimately told that Olsen had suffered some sort of nervous breakdown and tossed himself through the window. 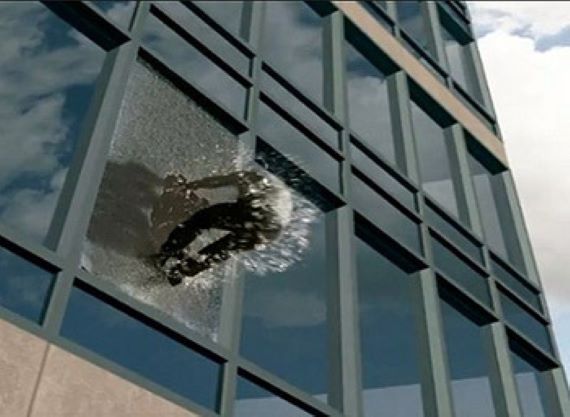 There have been many theories thrown around as to what happened to Frank Olsen. Some think he was pushed out that window, others that he was somehow programmed to kill himself through mind-control experiments and whatever they had given him at that fateful retreat. Still others believe that he just committed suicide like the official report says. No one really knows what went on up there except for Lashbrook, and he claims he was in the toilet when it happened. Olsen’s family tend to shy away from the mind-control angle, and think that he was just straight out murdered for his knowledge of secret government. Olsen’s son has said of this:

The death of Frank Olson on 28 November 1953 was a murder, not a suicide. This is not an LSD drug-experiment story, as it was represented in 1975. This is a biological warfare story. Frank Olson did not die because he was an experimental guinea pig who experienced a ‘bad trip’. He died because of concern that he would divulge information concerning a highly classified CIA interrogation program in the early 1950s, and concerning the use of biological weapons by the United States in the Korean War.

All of these decades later, Olsen’s family still don’t know what really happened. No one really does, and the case has been hotly debated and discussed for years. It has been made into a Netflix documentary miniseries, entitled Wormwood, which has only further fueled fascination and debate, and yet answered very few of the many questions swirling about. We are left to wonder, what happened here? Did Frank Olsen kill himself or was he murdered? What is the connection to Lashbrook and the mysterious retreat and spiked drinks? Why did he make so many cryptic statements and act so oddly after the retreat? Was Olsen under the influence of some mind-altering substance or somehow programmed to off himself to get him out of the picture? If this was murder, then why was he wanted dead? What was with the government evasiveness of it all? It all seems very suspicious in many ways, but the official cause is suicide, and we are left to scramble to answer all of these unanswered questions.