One of the most famous UFO encounters is the story of Minnesota deputy sheriff Val Johnson, who in 1979 was chasing a UFO in his police car when it suddenly zoomed head-on into it, temporarily blinding Johnson, leaving him unconscious and his patrol car’s windshield cracked. Johnson’s eyes were permanently damaged, the car is in a museum, and the story has gone on to be a UFO legend, but it apparently never made it to Indiana, where two police officers chased some brightly lit UFOs into Kentucky. Were they unaware of Johnson’s story or just brave civil servants protecting the good folks of Evansville from an alien attack? And what do they have against Kentucky?

In the video (watch it here) posted by the Evansville Police Department, Officer Trendon D’mechi asks his unnamed partner for his professional opinion on a line of flashing lights the spotted while out on patrol the night of February 1. According to the Evansville Courier & Press, the only source for the story besides the police department, the officers estimated that the lights were above the Indiana/Kentucky border and pursed them to the Ohio River which separates the states. However, the short trip to Marina Pointe was long enough for the lights to disappear. 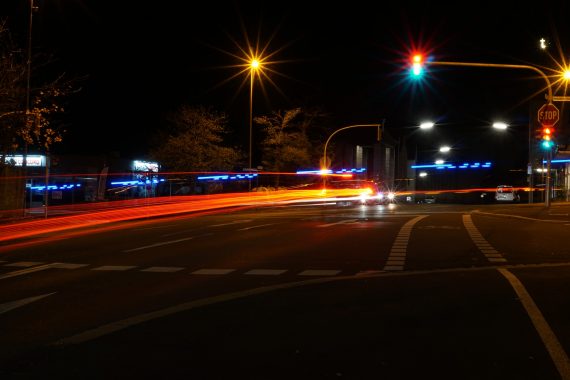 “My partner and I definitely felt uneasy after seeing the lights. I was surprised that we didn't receive (any) calls. Or if we did they weren't dispatched, since there would be nothing we could do about them.”

While their car didn’t suffer any damage, nor did D’mechi and his partner, he told the Courier & Press they were shaken by the fact that they couldn’t identify the lights. Nor could Leslie Fella, director of marketing and air service for Evansville Regional Airport, when sent the video by the reporter.

“Oh wow, very interesting (and strange!) indeed! This is the first that I’ve heard or seen of it, and no, we aren’t aware of anything in the area. Although, unless commercial, we aren’t always made aware.”

Evansville Regional Airport is a fairly busy facility three miles north of Evansville, so its air traffic control should have picked up the lights if they were conventional aircraft. Do they not want to admit these were UFOs? Scott Air Force Base in Western Illinois said it had no exercises going on at that time and Kentucky’s Fort Campbell, 100 miles south, did not respond to the reporter’s request for information. Would the military admit their airspace had been breeched? 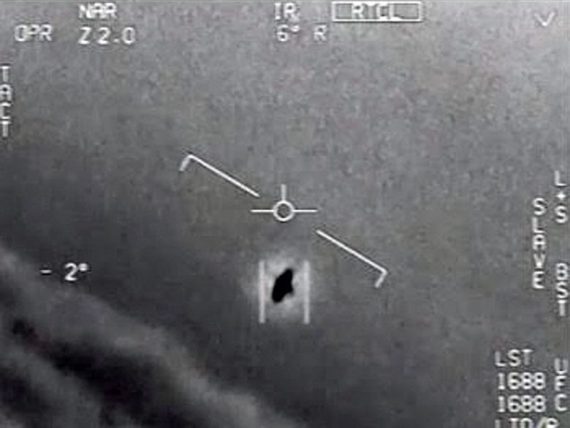 So, what did Officer D’mechi and his partner see and record? While he initially thought drones, anyone who has watched the news recently is aware of the SpaceX Starlink communications satellites which are frustrating astronomers and UFO watchers worldwide with their regular appearances in a line across the sky. However, those don’t blink like the ones the officers saw, which many commenters agreed are bigger than the Starlink satellites and moved faster too. Tic Tac UFOs like those spotted by US Navy pilots? Since those have been confirmed but not identified, the military might be wary about confirming them again. Leslie Fella from the Evansville Airport also says “drones,” but she’s not 100% sure.

Former deputy sheriff and UFO crasher Val Johnson claimed his life was affected by his encounter and he refused to ever look at the car again. Since he refused to take a lie detector test, no confirmation has ever been made. Will this encounter affect Officer D’mechi and his partner the same way? Will any other witnesses come forward? Will the military issue any further statements? What do the people of Kentucky think about Indiana cops now?

Another interesting one to add to the X-files.

The Strange Unexplained Vanishing of a Camping Couple in Australia