Jupiter May Be Responsible For Killing the Dinosaurs

According to a new study, Jupiter may be responsible for killing the dinosaurs. It is common knowledge that a large asteroid or comet struck the Earth around 66 million years ago that killed off the dinosaurs and left the gigantic Chicxulub impact crater in Mexico’s Yucatán Peninsula.

And now, new research conducted by experts at Harvard University focused on how the giant space rock ended up hitting us. Jupiter’s gravity grabs comets from the outer edge of our Solar System and flings them in the direction of the sun. Since the sun is very powerful, its gravitation tears apart the comets while they are flying around the star (this event is called “sungrazing”). When this happens, the smaller – yet still large – pieces of comets travel around our Solar System with the possibility of colliding with our planet. 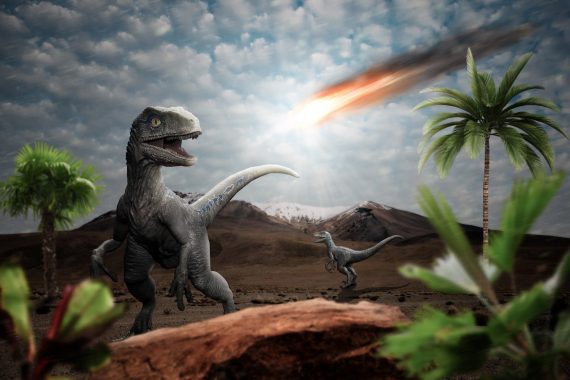 Some of the comets that are flung in from the Oort Cloud can take as long as 200 years to complete a full orbit around the sun. The Oort Cloud is a spherical layer of icy objects that surround our sun and is believed to be located between 2,000 and 100,000 astronomical units (AU) away from the star. To put this into better perspective, the distance from Earth to the sun is equal to one AU.

And based on the new study, the researchers believe that it was one of the comets that Jupiter flung in from the Oort Cloud that struck the Earth and killed the dinosaurs. When the comets break into smaller pieces due to the “sungrazing” event, they travel on their way back to the Oort Cloud which creates a greater chance of them impacting Earth and that’s possibly what happened 66 million years ago. 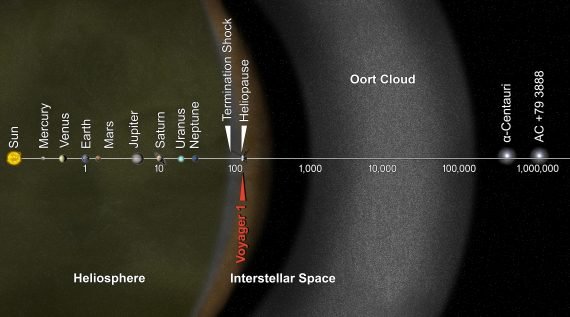 Amir Siraj, who is an undergraduate student, went into further details on Jupiter’s involvement, “The solar system acts as a kind of pinball machine.” “Jupiter, the most massive planet, kicks incoming long-period comets into orbits that bring them very close to the sun.”

Avi Loeb (yes, the same one who claimed that ‘Oumuamua is an alien spacecraft and recently suggested that there could be as many as a quadrillion UFOs traveling in our Solar System) was involved with this new study and noted, “Our paper provides a basis for explaining the occurrence of this event.” “We are suggesting that, in fact, if you break up an object as it comes close to the sun, it could give rise to the appropriate event rate and also the kind of impact that killed the dinosaurs.”

The study was published in Scientific Reports where it can be read in full.