“Lady in Red” Captured on Video at Haunted Astley Castle

Paul Sanders was filming the outside of Astley Castle which is located close to Nuneaton, England, when he captured a ghostly apparition that appeared to be a female near the castle’s doorway. In fact, it is believed that this “lady in red” may have been a former queen.

Mr. Sanders videotaped the apparition while recently creating a documentary about castles in Coventry and Warwickshire. He explained what happened when he shot the footage of the alleged ghost, “I was doing this mundane video for a homemade documentary about the 12 castles surrounding Coventry between the 11th and 15th century – and there was a dark-haired lady standing there.” “I wasn’t sure if it was a ghost or a lady. She was wearing a long black skirt, a red top and was looking rather forlorn. I was intrigued.” “As I continued walking on the castle site I couldn’t see anyone – she disappeared.” 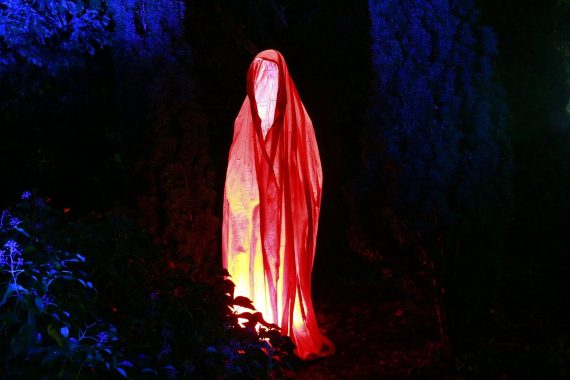 He went on to say that it was very quiet while he was filming the footage and that the woman couldn’t have entered the castle because it was closed to visitors and the main gates were padlocked shut.

As for who the female apparition was, she could have been Lady Jane Grey who lived at the castle back in the 1550s and who was crowned queen for an exceptionally short amount of time in 1553 – her reign only lasted nine days until Queen Mary took over. Lady Jane Grey and her father Henry Grey were both beheaded in 1554.

Astley Castle does have a long history of being paranormally active. There are rumors of a headless ghost haunting the castle which makes sense as both Henry and his daughter were both beheaded. Additionally, Lady Jane’s apparition has been witnessed on numerous occasions and that’s why the “lady in red” that Mr. Sanders caught on video was believed to have been her. A cowled monk known as Willie has been seen wandering around the castle as well. 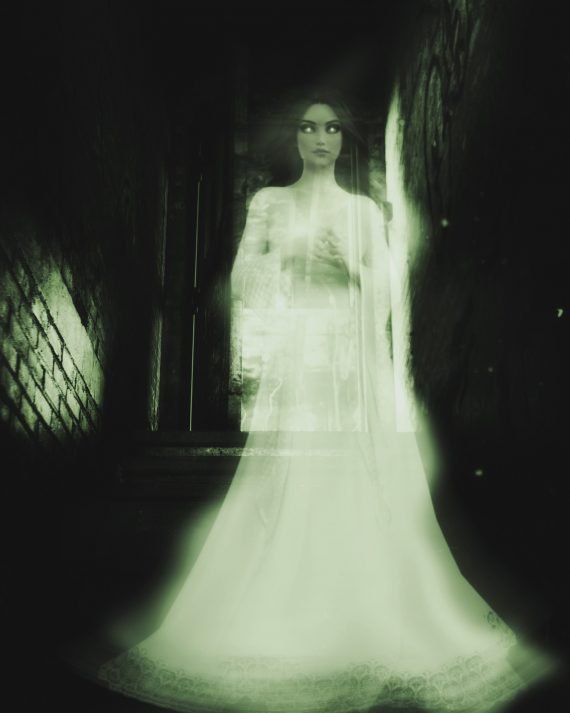 There may have also been black magic performed at the castle. After a fire in 1978, a journalist named Gef White who worked for the Tribune, wrote, “The mystery is intriguing investigators of the blaze. A room was exposed by the fire and detectives were shown a circle of black lace, horror masks and three ‘death ritual’ dolls, stabbed by nails coated in red paint. The room, tucked away in a top corner of the castle, contained three dolls. The faces of each were painted in a tragic grimace and nails pierced their hearts and legs. On the door of the room was a hand-painted symbol like a huge question mark.” If there was black magic conducted at the castle, who knows what kind of paranormal activity it may have unleashed.

With all of the reported paranormal activity, it’s very possible that Mr. Sanders did in fact catch the apparition of the former queen in his footage. The video of the “lady in red” as well as a still photo can be seen here.