Venus, goddess of love that you are
Surely the things I ask
Can't be too great a task

The most popular song about Venus was the tune sung by Frankie Avalon in 1959 – it reached #1 on the Billboard charts. That probably wouldn’t happen today since one of the "things" he was asking Venus for was a “a little girl for me to thrill.” That stinks, and apparently so does Venus and its chances for harboring life forms of any age or genders. The announcement in 2020 that phosphine had been detected in the Venusian atmosphere had talk of life at a fever pitch due to phosphine being a chemical that can only be produced by life forms – at least life as we know it. Not surprisingly, the announcement was controversial and other researchers took deeper looks into the toxic clouds over Venus and what they found stinks … and not just for the phosphine believers. 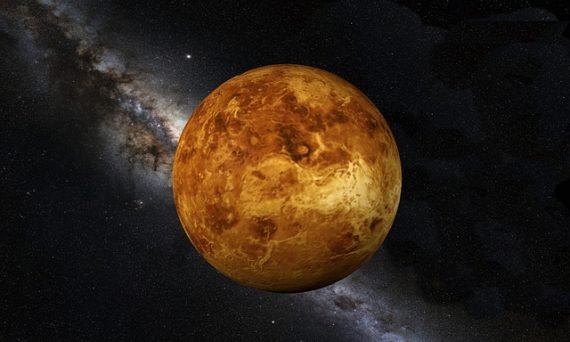 “Instead of phosphine in the clouds of Venus, the data are consistent with an alternative hypothesis: They were detecting sulfur dioxide. Sulfur dioxide is the third-most-common chemical compound in Venus’ atmosphere, and it is not considered a sign of life.”

In the press release for a new study submitted to the journal Earth and Planetary Astrophysics, co-author Victoria Meadows, a University of Washington professor of astronomy, explains why the “purported phosphine on Venus” idea smelled funny … her team showed it was most likely sulfur dioxide with that unique odor you whiff in burnt matches, rotten eggs and your grandfather’s flatulence. Even more embarrassing (to the phosphine crowd), the scientists from UW, NASA’s Caltech-based Jet Propulsion Laboratory, the NASA Goddard Space Flight Center, the Georgia Institute of Technology, the NASA Ames Research Center and the University of California, Riverside (an impressive team) showed that the signal mistaken for phosphine was detected in an upper layer of the Venusian atmosphere which would have destroyed them almost immediately.

Before the phosphine crowd, which used data from the James Clerk Maxwell Telescope (JCMT), could object, lead author Andrew Lincowski, a researcher with the UW Department of Astronomy, hit them with the radio astronomy data used to model conditions in Venus’ atmosphere.

“This is what’s known as a radiative transfer model, and it incorporates data from several decades’ worth of observations of Venus from multiple sources, including observatories here on Earth and spacecraft missions like Venus Express.”

The model showed that the mistaken phosphine signature was 50 miles above the planet’s surface in the mesosphere where it would have no protection from toxic chemicals and ultraviolet radiation.

Then came the slam-dunk.

“Our new work provides a complete framework that shows how typical amounts of sulfur dioxide in the Venus mesosphere can explain both the signal detections, and non-detections, in the JCMT and ALMA data, without the need for phosphine.”

That definitely stinks. Perhaps the musical answer to Frankie Avalon’s somewhat perverted request and the phosphine lovers passion for possible life on Venus comes not from Venus but from this J. Geils Band anthem which proclaimed about both of these that:

Some of the Strangest Government Projects, Part 2