A new documentary currently running about the contents of a journal alleged to have been kept by Major Jesse Marcel, the first military witness to see the object that crashed in Roswell, New Mexico, in 1947, has the famous incident back in the news, especially since Marcel told his family what he saw was “not made by human hands” and that he was pressured by the US government to retract his original statement and deny he ever saw evidence of a UFO. However, a few sites have also picked up on another old story by another alleged witness – this one a military nurse who claimed shortly before her death that she had been the only person to communicate telepathically with the only alien to survive the Roswell crash. If you’ve never heard this tale and wonder if it’s true, here’s the strange account of Matilda O’Donnell MacElroy, Senior Master Sergeant Women’s Army Air Force Medical Corp, about her conversation with Airl the alien.

“Many men have been killed to extinguish the possibility of revealing the knowledge I have helped to withhold from society, until now. Only a small handful of people on Earth have seen and heard what I have had the burden of keeping secret for sixty years. All those years I thought that I had been entrusted with a great deal of confidence by the "powers that be" in our government, although I have often felt that power is greatly misguided, to "protect" Mankind from the certain knowledge that, not only do intelligent extraterrestrial life forms exist, but that they have and continue to aggressively monitor and invade the lives of everyone on Earth every day.”

Matilda O’Donnell MacElroy wrote the letter in 2007 to author Lawrence R. Spencer, who had contacted MacElroy eight years prior for his boom, “The Oz Factors.” That interview gave her the trust to share with him at age 83 the story that she didn’t want to take to the grave (she revealed she was planning euthanasia in a few months). She claims she was the driver of a vehicle occupied by a “Mr. Cavitt,” a Counter Intelligence Officer sent to the crash site, and was instructed to help in any way in her capacity as a trained flight nurse. MacElroy claimed she saw a craft, dead aliens and one conscious and uninjured. When she attended to the alien, she claims to have received mental images, which she interpreted as the alien communicating telepathically. Revealing this to Mr. Cavitt, she was “assigned permanently to serve as a "companion" of the alien at all times”, conducting interviews and making a complete report. For doing this, she was promoted to Senior Master Sergeant and given a pay raise. MacElroy says she found out the alien’s name was Airl and appeared to be a female. 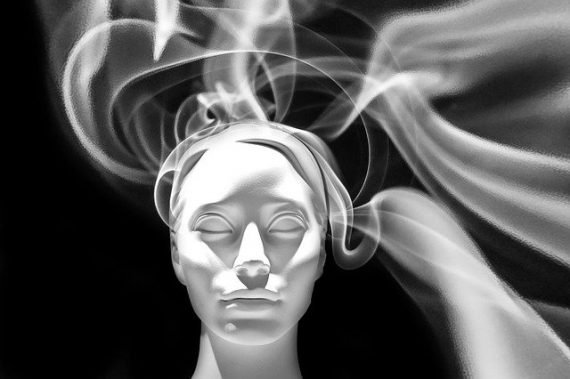 “Our communication did not consist of "spoken language", in the conventional sense. Indeed, the "body" of the alien had no "mouth" through which to speak. Our communication was by telepathy. At first, I could not understand Airl very clearly. I could perceive images, emotions and impressions, but it was difficult for me to express these verbally. Once Airl learned the English language, she was able to focus her thoughts more precisely using symbols and meanings of words I could understand. Learning the English language was done as a favor to me. It was more for my own benefit than hers.“

MacElroy told Spencer in the letter that Airl was an officer, pilot and engineer serving in The Domain Expeditionary Force, and had been stationed at a base in the asteroid belt. She ended by instructing him to reveal the contents of the letter and her accompanying notes to as many people as possible as soon as possible so that “people understand the devastating consequences to our spiritual and physical survival if we fail to take effective action to undo the long-standing and pervasive effects of alien intervention on Earth.” Spencer did as he was told and “Alien Interview “ was published in 2008. The book was filled with alleged transcripts and notes on all of her conversations with Airl before the alien died or departed from the doll-sized body MacElroy had interviewed.

What can we make of all of this? Howandwhys.com, the site which recently brought the story back into the news, says it ”sounds a bit like a sci-fiction movie.” Many comments on the website selling the book believe it to be true, but one negative commenter pointed out that Spencer never actually met MacElroy in person, destroyed the letter and transcripts, and wants the reader to believe MacElroy decided to trust him after a 20 minute phone conversation nearly a decade before. Most interestingly, the commenter claims that the rank of "senior master sergeant" didn't exist in 1947 and the Army Air Force went out of existence in that year.

(Special thanks to Phantoms & Monsters for the link to the story in How & Whys.)

The Bizarre Odyssey of the Queen’s Dwarf