Missing Time and the Strange Alien Abduction of Robert Matthews

One strange phenomenon associated with UFO abductions is the mystery of missing time, when people experience a jump forward in time without realizing where they have been and unaware that any time has passed at all. Such cases are many, and one odd one comes to us from the year 1966. On October 1, 1966, 19-year-old First Class Airman Robert Matthews arrived at a bus stop in the Cape Cod village of North Truro, Massachusetts, at 8:45 am in order to be picked up and ride off to his very first tour with the U.S. Air Force at the nearby base. He was already nervous enough to begin with, but became more so when he realized that no one was there to pick him up and the area seemed deserted. He called the base from a phone booth and they told him a truck was already on the way to get him and that he should wait there, as it would only take a few minutes. It seemed normal enough at first, but from there things would get very strange, indeed, unfolding into a weird case of missing time and alien abduction.

As Matthews waited for the truck, he noticed “strange lights moving from right to left across the sky,” and felt an irrational fear begin to spread through him. While the lights were certainly odd, he was not sure where this sudden, overbearing feeling of dread was coming from, and in a slight panic he called the base back and asked how long it would be before the truck arrived. The base personnel that took the call was confused by this, as he informed Matthews that the truck had already been there to pick him up and hadn’t seen him. Matthews insisted he had been standing there the whole time and had not left the phone booth, but had seen no truck, and that was when he realized with a certain pang of panic that the time was now 9:45 am, which didn’t make any sense as he had just called the base the first time not 5 minutes before. Or so he thought. 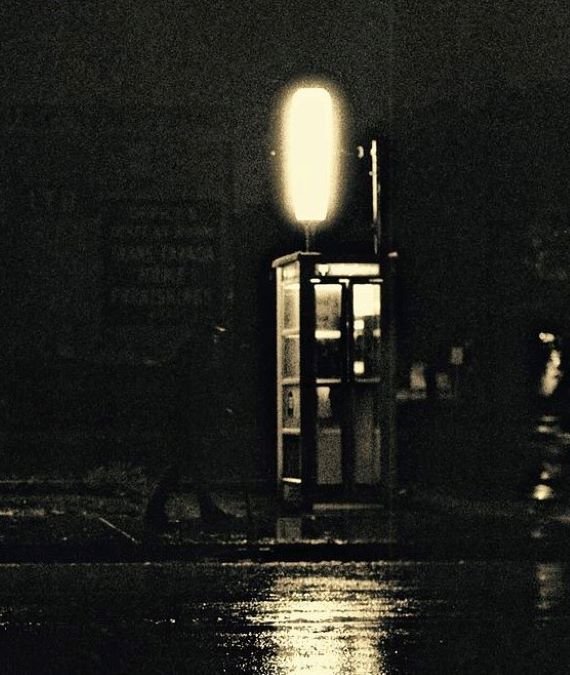 When Matthews got to the base he was extensively questioned on where he had been when the truck arrived to pick him up, but he honestly had no idea. In his mind he had been standing there for only around 5 minutes, had seen the lights, and then had called the base again to ask where the truck was. He was not aware at all that a full hour had passed between those calls and he was sure that he had not left the designated pick up spot. Officials at the base didn’t believe him, thinking that he had been drinking or was making up a tall tale, but Matthews stuck to his story. After this it was sort of forgotten about, he went to work at the base, and would later serve in the Vietnam War, but through the years that strange incident gnawed away at the back of his mind. He became more and more certain that his bizarre bout of missing time had some connection to the lights he had seen, and he had some vague fragments in his mind of strange faces and a medical room, but he couldn’t quite figure out exactly what had happened. Years later he would by pure chance come across a book by notable ufologist Budd Hopkins, and Matthews would have a sort of epiphany, of which he has said:

I was on vacation looking for something to read and on the shelf there in front of me, I saw this book with this creature on it you know. I read the book and I thought someone had stepped into my head and taken my innermost fears and put them in a book. It brought tears to my eyes, you know, I couldn’t believe this was actually happening to someone else.

He contacted Hopkins immediately, and after several interviews the ufologist became convinced that Matthews was experiencing a case of missing time caused by an alien abduction. This is a condition frequently suffered by UFO abductees, in which they have little to no memory of what has happened during their ordeal, thought to be because the aliens have perhaps wiped their memory, often waking up later with no idea of where they’ve been, or in many cases not even realizing that anything has happened at all until they look at a clock and see that so much lost time has passed. Hopkins has said of it:

It is not perceived as a break in which something happens and then a resumption. It is… remembered as continuous and… the half hour trip… turns out to be a two hour trip or whatever, and this is sometimes experienced in conjunction with a UFO sighting or something like a light, but not always. 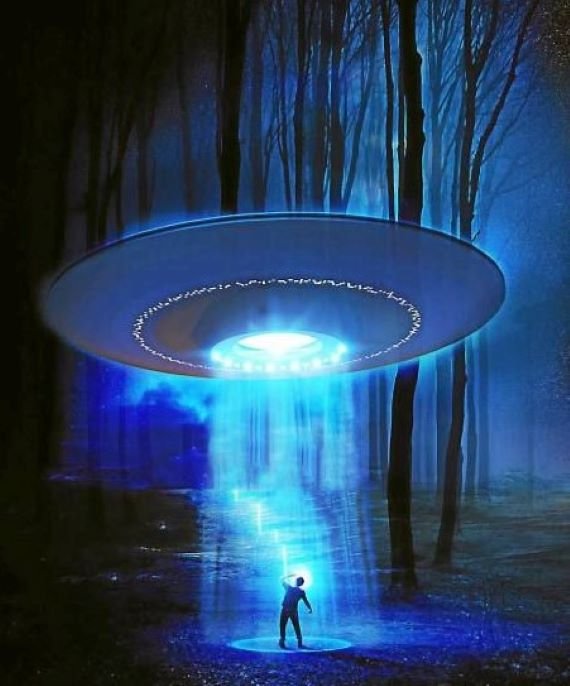 Hopkins was very familiar with this phenomenon, as he was rather well-known for dealing with missing time cases, had written two books on it called Intruders and Missing Time, and had even organized support groups for these people so they could compare their amazing and often terrifying stories. From his experience, Hopkins suspected that the memories of what had happened during that missing hour were likely still there somewhere in Matthews’ head, and that the best way to dredge them up was through hypnosis. Matthews would agree to be hypnotized and things would get weirder still. Under hypnosis, Matthews could recall many more details of what had happened. He explained that one of the lights he had seen had approached him at a rapid pace, and that it was some sort of otherworldly flying craft. This craft had then landed and a ramp had lowered, revealing three odd-looking beings standing within. Matthews said that these entities had led him into the craft, where he was examined in a room that looked like a sterile medical room of some kind. According to Matthews, the apparent aliens looked at his chest, took samples from his body, and probed him, before depositing him back where they had found them when they were through. Interestingly, Hopkins also learned that Matthews had had another abduction when he was just a child, of which he says:

This was not the only UFO encounter that Robert had in his life. When he was about five or six years old, he saw a green glowing figure in his bedroom, and he tried to scream but nothing came out and he thought he lost his voice and hearing, then all of a sudden, the figure came towards him lifted up his pajamas and then did something to his chest, but when he told his mother, she didn’t believe him.

Hopkins certainly seems to believe him, deeming him a solid example of the missing time phenomenon considering there were indirect witnesses to the incident in the military truck that arrived at that phone booth to find no one there. What is really going on here? Was Mathews really a victim of an alien abduction or is this just a misunderstanding or even a prank he played? If it was a prank it was a dangerous one to pull considering he was reporting for his first day on duty. We will probably never really know for sure what happened on that day, but Mathews' case adds to the ever growing pile of similar cases of missing time in relation to UFO phenomena, which gets no less stranger and which is no more closer to being fully understood.

Prophetic Dreams: Seeing Into the Future?