Now that the Fenn Treasure has been found, we can go back to looking for what happened to Amelia Earhart on her round-the-world flight over 80 years ago. That mystery may be about to end with the help of some nuclear scientists from Penn State. Nuclear scientists?

“The documentary ended with the idea that maybe, in the future, there will be technology to better examine the clues in Amelia Earhart’s disappearance, including this panel. And I realized that technology exists. I work with it every day.”

The documentary was “Expedition Amelia", which Daniel Beck happened to see on the History Channel because his 11-year-old son requested. Beck manages the engineering program for the Penn State Radiation Science and Engineering Center (RSEC), and what he works with every day is the Breazeale Nuclear Reactor. The “panel” he refers to in a Penn State press release is an aluminum sheet discovered on Nikumaroro, a Pacific island about 300 miles away from Earhart’s actual destination of Howland Island. A human skeleton was found on the island in 1940, but the bones have been lost. However, measurements taken are very close to Earhart’s measurements.

The panel could have been a patch that was applied to Earhart’s Lockheed Model 10-E Electra during a repair stop in Miami. The only visible marks on it are what appear to be axe gouges, and one edge looks like the panel was torn off rather than falling off. However, after 84 years of weathering, any other visible identifying marks are gone.

But not to Dan Beck and his nuclear reactor.

“As the beam passes through, if it were uniform density, we wouldn’t see anything. If there’s paint or writing or a serial number, things that have been eroded so we can’t see with the naked eye, we can detect those.”

The Breazeale Nuclear Reactor is used for neutron radiography – a process where neutron beams are aimed at an object with a digital imaging plate behind it. The neutrons can create a contrast with materials that contain carbon or hydrogen by either absorbing or scattering neutrons, and that will be shown on the plate. The experiment has the approval of Richard “Ric” Gillespie, the head of The International Group for Historic Aircraft Recovery (TIGHAR) which provided the panel. 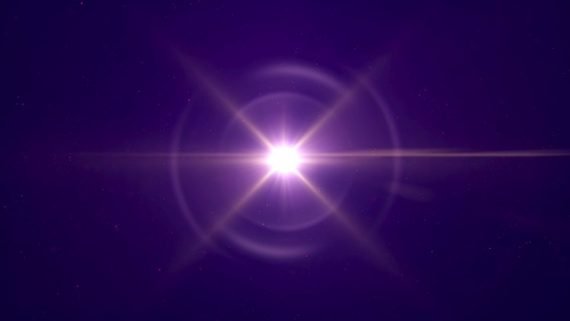 What does Beck expect to find with his neutron beam?

“If it was chopped with an axe, we should see peaks for iron or nickel left by the axe along that edge.”

That doesn’t sound like much, but Beck seems to be coy, especially since he and his team have already begun the neutron radiography and are now adjusting the irradiation time and power level of the reactor. The plan is to release their findings in late spring 2021.

What does Ric Gillespie, one of the top Earhart researchers in the world, hope they will find?

“What the Penn State team is learning about this artifact is beyond anything we’ve been able to do in 29 years of research. It’s possible we’ll learn something that actually disqualifies this artifact from being part of Earhart’s plane, but I prefer the knowing! It is so exciting to work with scientists who share our passion for getting to the truth, whatever it is.”

Getting to the truth … what a concept! Let’s hope the neutron beam gets to a definitive answer on the fate of Amelia Earhart, so another great mystery can be closed.