Possibly Habitable Planet May Be Orbiting Alpha Centauri A

Alpha Centauri is a three-star system (Alpha Centauri A, Alpha Centauri B, and Proxima Centauri) that is located a little over 4 light-years away from Earth. And the system may hold not one but two possibly habitable planets.

As for the other stars in Alpha Centauri, new research has suggested that there may be a planet in the habitable zone of Alpha Centauri A. They made this discovery during a project called Near Earths in the Alpha Cen Region (NEAR) that was led by the European Southern Observatory (ESO) and Breakthrough Watch. They were looking for possible planets in the habitable zones of Alpha Centauri A and B by collecting data from ESO’s Very Large Telescope (VLT) that’s located in Chile. The NEAR team added new technology to the VLT which included a thermal coronagraph that can block the light emitting from a star so that they can focus solely on the heat signatures from planets orbiting it.

Experts analyzed a hundred hours of data that was collected in May and June of 2019 and that’s when they noticed a thermal signature in the habitable zone of Alpha Centauri A. Based on their observations, they believe that the planet is about the same size as Neptune and orbits the star between 1 and 2 astronomical units (AU) – for comparison, Earth orbits the sun at an average of 1 AU.

This planet is still considered a candidate as it has yet to be confirmed. In a statement, Kevin Wagner, who is a Sagan Fellow in NASA's Hubble Fellowship Program at the University of Arizona and the lead author of the study, explained this further, “We were amazed to find a signal in our data. While the detection meets every criteria for what a planet would look like, alternative explanations — such as dust orbiting within in the habitable zone or simply an instrumental artifact of unknown origin — have to be ruled out,” adding, “Verification might take some time and will require the involvement and ingenuity of the larger scientific community.” 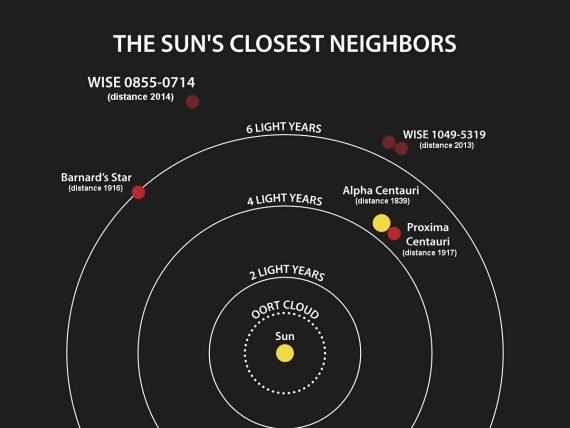 What’s even more interesting is that this exoplanet candidate may have a neighbor. In an interview with Space.com, Pete Klupar, who is a researcher with Breakthrough Watch’s parent company, Breakthrough Initiatives, as well as a co-author of the study, stated “In my mind, the most exciting thing about this is, once we find one planet, we tend to find others.”

We’ll have to wait and see if any more planets will be discovered around Alpha Centauri and if they may support life. The study was published in the journal Nature Communications where it can be read in full.