It’s a safe bet that most people know more about UFOs than they do about Post Malone. Anyone with an interest in the paranormal probably knows more about the Dybbuk box than they do about Post – even though he’s an award-winning, Grammy-nominated pop and rap singer who has topped multiple charts. And those paranormal fans of a certain age who see a picture or video of Post for the first might think he’s had a bad encounter with a Dybbuk box or a UFO. Well, it turns out he has. He mentioned it in a recent appearance on "Late Night with Seth Meyers" and it’s worth hearing the whole interesting story about Post Malone and his encounters with a Dybbuk box and UFOs.

“After we opened up this creepy Dybbuk box, I got in a car accident, I almost had a plane wreck, my house got broken into—all that type of stuff. Within a month’s time, it was really, really odd stuff. I’ve always had an interest in that.”

Austin Richard Post – a.k.a. Post Malone, a stage moniker he got from a rap name generator – released his debut album in 2016 and it spent a record 77 weeks on the US Billboard Top R&B/Hip-Hop Albums chart. His second album was nominated for Album of the Year at the 2018 Grammy Awards. That’s the same year Malone was a guest star on "Ghost Adventures" – he visited Slaughter House, a haunted meatpacking plant in Arizona. It was also the year of his Dybbuk box encounter and its eerie consequences.

“He was at the museum when Bagans decided to take the plexiglass cover from around the box and touch it for the very first time. While Bagans was touching the box itself, Post grabbed his shoulder. Enough, apparently, to transfer the curse.”

As reported in Fader in 2018, Malone was visiting the Haunted Museum in downtown Las Vegas in June with Zak Bagans, the owner of the museum, host of Ghost Adventures, and owner of the Dybbuk box that inspired the movie "The Possession". Alleged to be haunted by a Dybbuk – an evil spirit from Jewish mythology, Bagans bought it after the former wine cabinet had passes through many hands. Whether it was for real or for show, a video of Bagans and Malone showed them being spooked and leaving the room.

In the months that followed, here’s what Post Malone experienced:
- His private plane was forced to make an emergency landing after its tires blew off
- Three armed robbers targeted a home in San Fernando Valley that they believed to be his
- His Rolls Royce was involved in a serious car accident 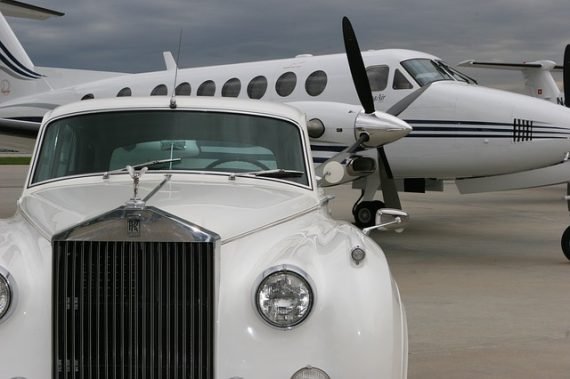 Malone eventually connected the Dybbuk box encounter to his string of bad luck. That hasn’t stopped him from staying involved with the paranormal – in 2020, Malone launched his own popular line of French rosé wine, Maison No. 9, named after his favorite tarot card -- the Nine of Swords or the Lord of Cruelty. Perhaps that’s what he has in mind with his house in Utah, where Malone is adding a huge protective bunker. It’s also where he claims to have seen see a UFO one night.

“Here in Utah, things are creepy if you look up into the sky. Sometimes I just go out at like 4 a.m. with night vision goggles and just look up at the sky and see if we can see anything.”

In an earlier interview with Joe Rogan, Malone says he had his first UFO sighting in New York when he was 16, and had many when he lived in Southern California, including a strange encounter with multiple witnesses.

“I used to live in Tarzana ... It looked kind of like—it sounds corny—but like a classic forcefield ... it's kind of like a dome in a circular shape ... In Tarzana, looking down at the fucking city. And I'm like, 'How did no one else see this?' But I was there with like four other fuckin' people, and they saw it too."

Is Post Malone cursed by a Dybbuk, chased by UFOs and blessed by a Tarot card? Or is he a "culture vulture" using anything he can to stay in the media’s spotlight, as some have suggested?

Bagans? Rogan? Lord of the Swords? Beuller? Anyone?

Somebody Else is on the Moon: Remote-Viewing and the Strange Saga of George Leonard