People who have died in tragic circumstances sometimes come back as an entity because they’re confused about their sudden death or perhaps they’re just not ready to move on. And some just want revenge as I’m about to discuss a few cases where the ghosts of murdered victims have allegedly come back from the grave to haunt their killers.

It’s been said that the ruthless gangster Al Capone ordered the St. Valentine’s Day Massacre that killed seven men in Chicago back in February of 1929. Capone was sent to Alcatraz in 1931 for tax evasion and while he was jailed, he was supposedly tormented by James Clark’s ghost – one of the men murdered during the massacre. He was even heard in his cell yelling at “Jimmy” to leave him alone but the ghost continued to haunt him until his death in 1947.

Serial killer Terry Childs was imprisoned back in 1987 for the murder of a 17-year-old girl and over the following three decades, he confessed to several other murders. So why the sudden change of heart? Apparently his victims’ ghosts were taunting him in his jail cell. He claimed that the spirits appeared to him and were “eating up his brain” until he confessed and then the demons allegedly left him alone.

In December of 1864 during the American Civil War, a Methodist minister named Bill Sketoe was abducted for allegedly deserting the Confederate Army and helping the Union Army. He was hung from a tree close to Newton, Alabama, but when his killers noticed that it wasn’t high enough for Sketoe to die of strangulation, they dug a hole beneath him so his feet couldn’t touch the ground. He got his revenge on his killers as six of them ended up dying very suddenly. One of them fell off his horse and died after hitting a tree; one was struck by lightning; and another one drowned in a swamp. And that’s not all as the hole that his killers dug underneath his hanging body kept showing back up even when workers would fill it in. 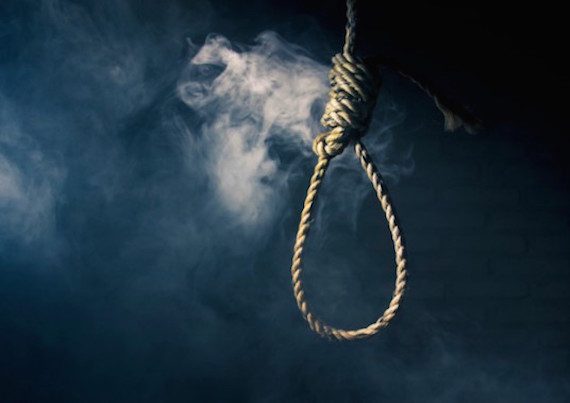 This final story is not about how a victim haunted her killer but how her spirit actually helped identify the murderer. When real estate agent Lisa Posluns was found brutally murdered and sexually assaulted in her office in Toronto, Ontario, Canada, back in 2002, suspicion was immediately focused on the cleaner Rui Marques who had a key to the building but DNA eventually cleared him. Four months after the murder, Marques was cleaning the building and while he was polishing a black table, he noticed the reflection of a female and when he looked up, he saw Posluns’ ghost. She kept pointing to the table as if she was trying to tell Marques something and at that point, he thought of a former employee named Nelson DeJesus who always wore black clothes. He told authorities about the ghost and mentioned DeJesus. Upon further investigation, DeJesus’ DNA was found in Posluns’ underwear and he was arrested for her murder.