Spinach Can Send Emails (Or Can It?)

Spinach is certainly an unbeleafable plant, having been used by scientists to grow human heart tissue and even to make batteries with enough energy to power an electric car. Right now an MIT study is blowing up in the news, with mainstream media outlets claiming that “spinach can send emails.” But can it? Eh, not exactly. 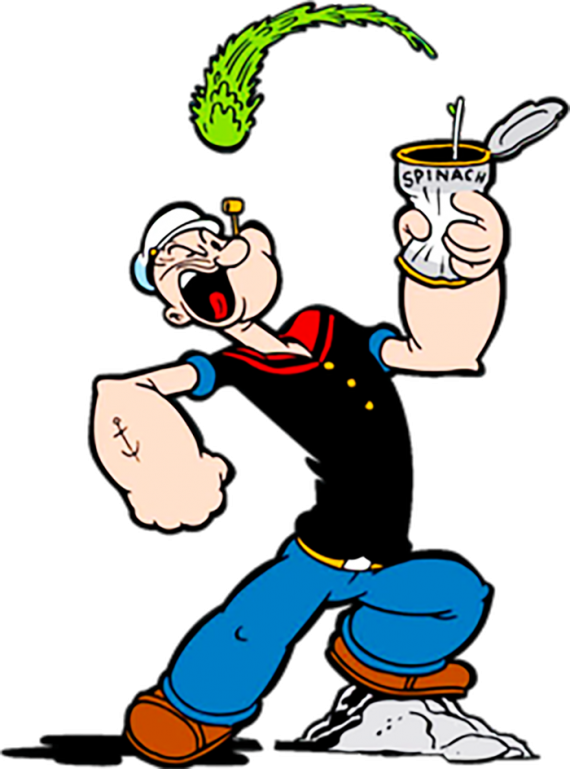 More accurately, scientists insert nanoparticles into spinach leaves, and these nanoparticles are utilized as sensors to detect explosives and also emit infrared light. The spinach absorbs groundwater up through its roots, and when the nanoparticles sense the presence of explosive chemicals in that water, the nano-sensors in the leaves emit signals to an infrared camera, and that camera sends a wireless email alert to let researchers know explosives are present. That’s a far cry from a plant typing out a message to Popeye to remind him to eat his spinach, which a lot of these headlines suggest.

What is truly fascinating about this study is that MIT engineers have figured out a way to “hack” spinach’s natural processes to detect the presence of nitroaromatics, compounds often found in landmines. And through a Rube Goldberg machine-esque combination of nanotechnology, the mobile network, and infrared detectors, engineers and scientists are finding ways to bridge the communication gap between humans and plants.

“This is a novel demonstration of how we have overcome the plant/human communication barrier,” said the study's lead researcher Professor Michael Strano in an interview with EuroNews.

“These results demonstrate the ability of living, wild-type plants to function as chemical monitors of groundwater and communication devices to external electronics at standoﬀ distances,” the researchers write in their study.

This discovery is part of an emerging field of science called plant nanobionics, where the goal is to use nanoparticles to impart new functions into plants. While spinach is the star of this particular show, researchers have also used arugula, watercress, and tobacco to detect explosives in the past.

“If explosives leech from a landmine, into the water, you would be able to see that. If you have multiple sensors you won’t just know there’s some explosive. You can actually pinpoint its location, you actually know how strong a source it is, how much of the explosive is leaking out,” Strano said in an interview with HISTORY in 2017. “There may be applications to terrorism, to monitoring public spaces.” 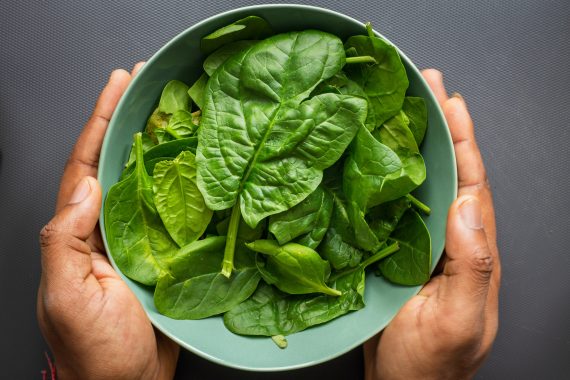 But the benefits of utilizing plants and technology to glean critical information doesn’t have to stop at explosives. Plants are capable of detecting more than just chemicals.

After all, we know now that plants possess their own versions of all five human senses (they can “hear” music through vibrations, “taste” through their roots, etc.), and they even have myriad senses that humans don’t. They can sense gravity and electromagnetic fields (which influence their growth), sense changes in the weather, precisely gauge a soil’s humidity, detect water sources at great distances, the list goes on.

Engineers like Strano are looking to tap into these senses that humans don’t have and see what we can learn from plants--and perhaps even apply this information to other areas like agriculture, where through technology plants could send signals indicating what they need for growth and health, potentially reducing the use of harmful pesticides and fertilizers.

“If you look closer, you’ll see a vast Internet, a network of information flowing throughout the plant,” Strano said. “I hope to make tools that can tap into that complexity and start to bring that information to humans so that we can use it.”

Krissy Eliot
Krissy Eliot is a professional science journalist and former editor at California, the magazine published by the University of California, Berkeley. She has had columns in both the San Francisco Bay Guardian and Bay Area Reporter and in recent years has worked as a staff writer in aerospace communications. She has also been featured on multiple television shows covering everything from cryptids to UFOs to multiverse theory. You can find examples of her work at http://www.krissyeliot.com.

The Mysterious Case of the Ghost Serial Killer