The Betty and Barney Hill Alien Abduction: What You Should Know

Doing radio just recently, I was amazed how many people listening didn't know much at all about the Betty and Barney Hill "alien abduction" of September 1961 - an event that, this year, will reach its 60th. Maybe, some people aren't overly excited by older cases, but are far more enthused by what's going on right now. Certainly, it's good to keep in touch with what's afoot now, but, as I see it, it's always good to understand the earlier years of the UFO subject, too. So, for those who - just a few nights ago - admitted they didn't know a great deal about the Hill affair, here's how it goes. Old-timers might find some interesting things too! Now, let's get to it. Although the 1950s-era abduction account of Antonio Villas Boas was reported quite widely in UFO-themed books, magazines, and newsletters in the 1950s and 1960s, it was the sexual nature of the claims that led many researchers of the UFO phenomenon to ignore, or completely write-off, the cases as fanciful tales born out of fantasy and not a lot else. In other words, those same researchers were repressed. That situation changed post-September 19, 1961. 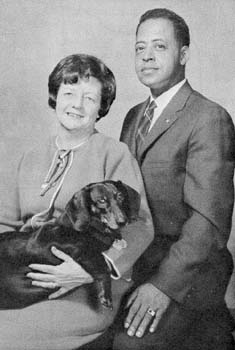 That's when a New Hampshire husband and wife, the aforementioned Barney and Betty Hill, were driving to their New Hampshire home (with their dog, Delsey), after taking a welcome vacation in Montreal, Canada. One might argue they needed another vacation after experiencing what was lurking and looming on the horizon. As the pair headed home, and at around 10.30 p.m., as they drove south of Lancaster, New Hampshire, they were puzzled by the sight of a strange light in the night sky above. Viewing the lighted object through binoculars convinced the Hills that what they were seeing was not an aircraft – of either a commercial or military kind. As they continued their drive through the mountains, Barney and Betty developed an uneasy sense that whoever was flying the craft was watching them; playing a game with them, toying with them, and practically goading them into following the maneuvers of the device.

Matters came to a sudden hair-raising head head when the object approached their car and dropped to a height of around ninety feet, causing Barney to bring the car to a sudden stop, in the middle of the road, on the darkened, mountain pass. Pancake-like was how Barney later described the unearthly-looking vehicle, after stepping out of the car and staring into the dark skies. As Barney focused on the craft with the binoculars, he couldn’t fail to see close to a dozen beings – wearing caps – milling around and peering down at the frightened pair. When the machine began to close in on the Hill’s car, Barney shouted to Betty that the things inside were going to kidnap them. They jumped back into the car at sped off at high speed. Craft and crew did not follow – or so it seemed at the time. 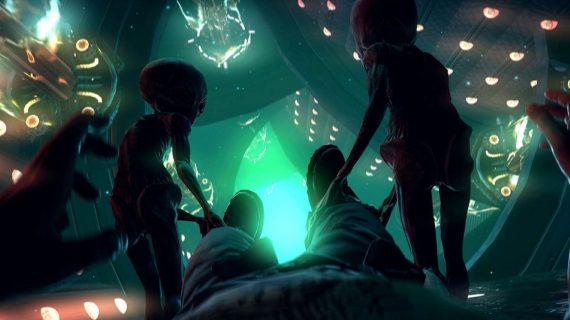 The traumatic encounter was far from over: it didn’t take long at all before Betty and Barney realized that there was something very wrong about their journey – around two hours of time was "missing" from it. Gone. Obliterated from their memories. Finally, after nightmares, restless nights of tossing and turning, and picking up on fragmented memories suggesting there was far more to the incident than they consciously remembered, the pair received help from a psychiatrist and neurologist in Boston, Massachusetts, Dr. Benjamin Simon – who began a series of hypnotic sessions with the Hills in January 1964.

What surfaced out of those sessions, while Barney and Betty were rendered into altered states by the doctor was, to put it bluntly, astounding: if the results of the hypnosis were not the product of fantasy or suggestion, both of the Hills had been taken on board what was nothing less than an alien spacecraft, and subjected to a number of medical procedures that clearly left Betty and Barney in states of lasting turmoil. The then-modern era of alien abductions was born.

Massive Prehistoric Fossil Belonged to a Straight-Tusked Elephant or Mammoth