The Bizarre Case of the Sleepwalking Killer

The human mind is a great mystery that we have only just barely managed to scratch the surface of. There are myriad things we do not understand about it, and among these there float numerous questions of why we sleep and dream. Here we get into the subconscious realms of the human psyche that typically lurk down beneath the surface of our waking lives, but what of when these mysteries come boiling to the surface? What happens when the unknown realm of the abyss of the sleeping human mind comes thrashing into reality? In its most extreme form, it seems it can end with some dire consequences indeed, and here we will look at the time a man murdered his wife rather viciously in a state of what he describes as sleepwalking. And so would begin the very strange case of what has been called “The Sleepwalking Killer.”

January 16, 1997 started as just an ordinary day for Phoenix, Arizona resident Scott Falater. He went to work at his job as an electrical engineer at Motorola, came home, had a peaceful dinner with his wife, Yarmila, and his two kids, and at 9 pm he went out to try and fix the filter on his backyard pool. When he came back inside his wife was asleep on the couch, he gave her a kiss goodnight and went to bed himself, and so far so normal. However, when Scott woke up again, he was standing at the top of his stairs in his pajamas, with a policeman pointing a pistol at him, his wife dead, and allegedly no idea why this was happening. Indeed, he seemed to be just as clueless and frightened as anyone else.

When police investigated the scene, it was a gruesome one. Yarmila Falater had been ruthlessly stabbed 44 times with a knife and then drowned in the pool for good measure. In fact, her bloodied body had been found bobbing about in the pool, in a macabre scene that reminded one of the officers of “a shark attack.” The police had been drawn to the home after a neighbor had complained of hearing a woman screaming, and upon interviewing one of the neighbors they learned that Scott had been witnessed dragging an incapacitated woman to the pool and holding her head underwater, after which he could be seen walking through the house, turning lights off and on, and wringing his hands. The murder weapon and bloody clothes were found stashed in a trash bag hidden in the spare tire well of the family car, and through all of this the Falaters’ 12 and 15-year-old children had been fast asleep in the house. It was plainly obvious that Scott Falater had murdered his wife in cold blood, but the man seemed confused as to what was happening and denied having any memory of such a thing. It seemed that he was completely baffled by it all. He would say:

I was really exhausted and crashed in bed. I would guess it was between 9:30 and 10:00 pm. I remember waking up in my underwear on the floor. The next thing I remember is hearing people screaming and dogs barking. I assumed that I must have gone crazy or something in my head had broken. I was hopelessly confused at first. I kept asking, 'What is going on?' All they would do was yell, ‘Get down, shut up.’ It just didn't seem real. I'm not sure that I was 100% coherent while I was sitting in the police car... I'm not sure that even until I got to the police station that I was 100% convinced that Yarm was dead.

According to Scott, he had a history of sleepwalking, and he must have done it while sleepwalking, an excuse that did not stop police from arresting him on the spot, but he would stick doggedly with his bizarre story. Adding to his version of events is that family, friends, and neighbors described the Falaters as a happy family, they had never heard of any major trouble or arguments between them, and the couple had also been active members of the community and involved in the local chapter of the Church of Jesus Christ of Latter-day Saints. Indeed, police could find no plausible motive at all for such a heinous crime, and in the meantime as the trial neared the case was taking Phoenix by storm. Such a high profile, gruesome murder and the unlikely alibi of sleepwalking was turning it into a media circus, and when the trial came along all eyes were on how this would play out.

At the trial, Falater would continue to insist that he had been sleepwalking and that he could not remember what had happened, with his defense quick to underscore the point that he had no motive, and that he had been a happy family man with no history of violence or turmoil with his wife. His family also took the stand to testify that Scott had a long history of sleepwalking incidents and night terrors, some of which had been somewhat violent and which he had never remembered upon waking. Even his cellmates during his incarceration claimed they had witnessed Falater ambling about while sleepwalking in this cell. Sleep experts were also brought in by the defense team, who posited that it was possible that the crime could have been committed in a sleepwalking state, compounded by stress, overwork, and lack of sleep in the previous days, and that he may have killed his wife after seeing her as a threat in some unremembered nightmare or when she had tried to wake him. Lauri Leadley, a top sleep expert in the Phoenix area, has in later years looked back at the case and said of the possibility:

It would be very difficult to actually wake somebody up while they're sleepwalking because they're in a very deep state of sleep. When somebody is sleepwalking, what happens in their mind. In the parasomnia like sleepwalking, you don't remember what you do while you're sleepwalking. When you hear 44 times, you think how could he not wake up, she's likely screaming. Would that not wake somebody up? I agree that it should. Because the movements are very intentional, right? 44 stabs, yes. But you also wonder in that unconscious mind we have no idea what really is going on. I think it could happen, although the timing of all those events, and somebody to be in a deep state of sleep throughout all of those events, I personally find highly unlikely. I draw the line where he put her in the pool. I feel like he may have woken up and panicked. And then hiding it all. I just don't believe he was asleep all that time. 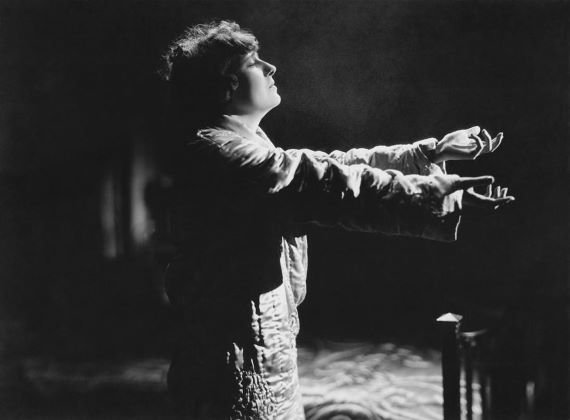 For their part, the prosecution also focused on the oddity that the water and screaming had not woken him up, as well as the fact that the whole thing, including the careful hiding of the bloody clothes and murder weapon in the car and the changing of his clothes, were too complex for sleepwalking, pointing to the bigger possibility that he had not been asleep at all and that this had been meticulously planned. In the end, the jury agreed, and Scott Falater was lucky to be spared the death sentence, instead being sentenced to life in prison without the possibility of parole. For his part, although Scott Falater accepts that he killed his wife, his still to this day maintains that he does not remember doing it and that he was sleepwalking at the time.

Interestingly, his is not the only case of this supposedly ever happening, and there is even a term for it, homicidal sleepwalking, also known as homicidal somnambulism or sleepwalking murder. It is a rare stance to take for a defense, very difficult to prove, and usually ends up exactly as one suspects, usually not succeeding but sometimes actually working. For instance, in 1987 there was the case of Kenneth Parks, who similarly used the sleepwalking defense in the murder of his wife and was acquitted. Is that what really happened with Scott Falater? His friends and family seem to think so, but no one else seems to buy it. For now, Scott Falater languishes in jail, repentant and regretful for what has happened but still sticking to his weird story. Was this a product of the mysterious human mind and the result of the little understood domain of sleep and dreams, or was this just a cold-blooded murder? No one knows, and that is the way it will likely remain for some time.