The Bizarre Tale of the St. Catharines Poltergeist

In February of 1970, police officer Bob Crawford was called to an apartment on Church Street, in St. Catharines, in Ontario, Canada, on a typical domestic disturbance call. Things were wrapped up and the officer was about to leave when a woman by the name of Barbara Page flagged him down and breathlessly requested his assistance. Thinking she was in big trouble; Crawford followed her back to her apartment in the next block over and found the place in an utter state of disarray. Furniture had been flung about, all manner of objects strewn across the floor, and by all appearances it seemed that a hurricane had washed through the residence. At the apartment were also Barbara’s husband John and their two young sons Peter, 11, and Mark, 8. As Crawford talked to them, a very strange tale would unwind, one of terrifying supernatural forces and poltergeist activity which has still not been adequately explained.

The terrified family told Crawford about how for 10 days they had been held under siege by unseen forces that had thrown about objects and furniture, torn paintings from the wall. They showed the officer numerous pieces of furniture overturned and insisted that it was these supernatural forces that had done it. Not knowing what to do, Crawford called in other officers, and things would get weird. Police officers described seeing things move around on their own, and one Officer Richard Colledge would say of his own incident with a picture flying off the wall:

All I know for sure is when it came off the wall it didn’t fall down on the single bed that was underneath it. It came out and landed on the floor, and I watched it. I thought it was violating the laws of psychics and gravity. 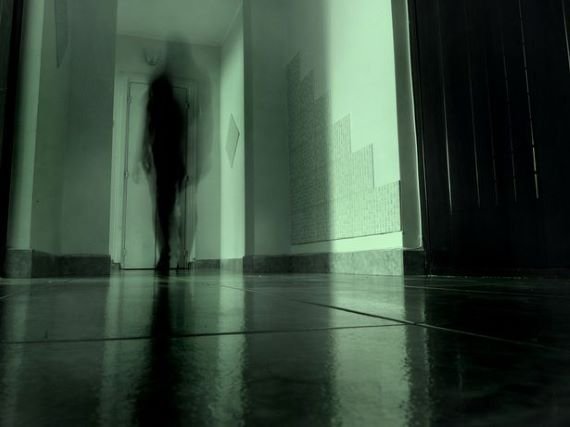 Other police officers witnessed similar events, policemen were running from the apartment scared, and on one occasion a chair apparently lifted 6 inches off the ground as an officer sat upon it. On another occasion a bed was seen to lift off the ground with one of the terrified children still in it. This was enough that a priest was called in, a Father Stevens, from the local Roman Catholic Church. Stevens was well aware of what was going on in the apartment, claiming to have been called in previously, during which time he had witnessed a bed move away from the wall on its own. The priest suggested they all gather in the living room, and during that time they heard disembodied footsteps in the kitchen, only to run there and find a chair had moved to the middle of the room. It was about this time that another officer by the name of Bill Weir arrived on the scene with his own tales of what had gone down at the seemingly cursed apartment.

According to Weir, he had arrived for a call at another apartment in the complex on a call the month before, and the tenants had complained to him that they had heard many strange noises coming from the Page residence. When Weir had checked on the structural integrity of the building with the relevant departments, he would find that there was nothing at all wring with the building itself that could explain these anomalies. Weir claimed that he has also seen strange occurrences at the apartment, such as a clock sliding up the wall and bowling trophies upon a shelf toppling over one by one. 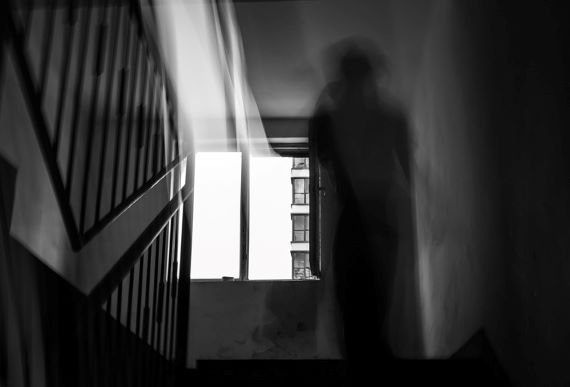 As the investigation went on, there were a few odd details that were noticed. It seemed that whenever the eldest son Peter walked through a room the paranormal activity would become most pronounced. When he walked through things would move and pictures on the wall “swayed in the same manner as a dog wags its tail when it is happy to see its master.” On several occasions the boy was witnessed to be pushed against the wall by an unseen presence or pushed off chairs. There were also objects that would fly towards him, and on another occasion the boy was levitated while sitting in a chair. Furniture was seen to levitate as well in his presence, and it was becoming increasingly clear that it only ever seemed to happen when he was around. This led to the idea that the boy Peter was the focal point of this paranormal activity, and Weir himself would say of this:

My only solution to these occurrences is that the boy Peter, whom all the occurrences surround, has been inhabited by a spirit of a poltergeist. This is the spirit which inhabits the body of a young child about to enter the phase of puberty and has been described as a mischievous spirit that does not generally seriously harm anyone. Briefly, this boy can’t sit on a chair without being thrown off and items are hitting him for no apparent reason. I the writer (Weir) witnessed the boy being thrown on at last a dozen occasions.

All things told, numerous family members, police officers, lawyers, two priests, and other bystanders witnessed the bizarre ghostly activity, and before long news got out about this haunted apartment. It was covered in several newspapers and in the media at large, at the time becoming quite the sensation in Canada. Indeed, the beleaguered family became rather tired of all of the reporters, curiosity seekers, and paranormal investigators descending upon their once peaceful home, and this forced them to flee to a friend’s house in Montreal for some time. When they returned to their residence on Church Street, it seems like the paranormal phenomena ceased. What happened to this strange activity and where did it go? What propelled this? Was it a ghost or perhaps, like was suggested, was this just an outward projection from the boy himself? Or maybe the spirits were attracted to him for some reason? Or was this just tall tales and misidentifications or something else entirely? Whatever the answers may be, it is an odd and fairly obscure case in the realm of the paranormal, and it serves to leave us in wonder.