The Bizarre Tale of the Vanishing, Time-Traveling Train

It seems that anything at all can go missing without a trace. I have written extensively on vanished people, vanished planes, even vanished nukes. The world seems to have a way of sometimes just swallowing people and things up. Yet among these many stories some stand out as particularly odd, pushing past the boundaries of mundane possible answers and lodging themselves firmly into the world of the weird. One such case must surely be one that has made the rounds talking about a whole train that not only disappeared without a trace, but also seemingly managed to go traveling around time and space.

The most common version of this very strange story begins on June 14, 1911, with a new high-class luxury train built by the Italian company railway company Zanetti. For its maiden voyage, the new train was to pass through scenic landscapes and through the longest tunnel ever built in Europe to that point, which passed through Lombardy Mountain, and in order to commemorate the event the company invited 100 guests to take a ride along with 6 employees. There was a lot of fanfare when the 3-car train departed Rome, Italy, and the well-equipped train with its opulent cars and sumptuous food service was widely played up as the pinnacle of comfort and the future of rail travel, but things were about to get very strange. 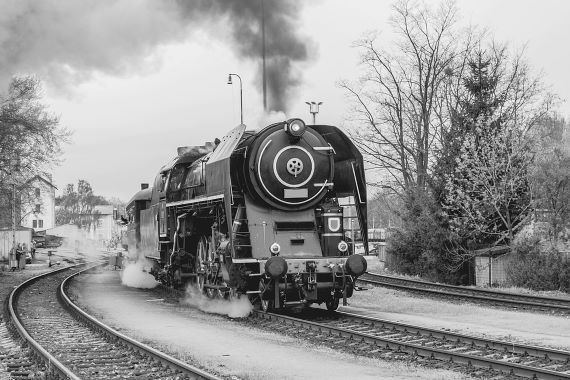 According to the story, the train began its journey without incident, with all of the wealthy passengers very happy with the experience, until it reached that expanse of tunnel through the mountain. The train barreled into the gloom and on the other side curiosity seekers and reporters waited for it to go speeding out, but it apparently never did. After some time had passed with no sign of the train exiting, it was assumed that there had been a problem, and that perhaps the train had broken down or had an accident in the tunnel. Authorities organized a team to go in and take a look, yet they walked through the tunnel’s entire half mile length searching every inch without seeing the train. Not only was the train not there, but they could find absolutely no trace that it had ever been there at all.

Thinking that it might have just passed out the other end without anyone seeing it, witnesses at the scene were interviewed, but they insisted that there is no way they could have missed the train leaving the tunnel, and that it had simply never appeared. And then the story gets even weirder. As the search continued, authorities found two dazed passengers from the train, wandering around in quite a confused state with slight injuries. The two passengers explained that they had jumped from the train in a panic after some weird events. According to them, just before the train entered the tunnel there had been a loud, low buzzing noise and a sudden “milky-white fog” that had crept out of the darkness and “swallowed the train like a wave.” As soon as this had happened, the passengers, who up until that point had been enjoying themselves, erupted into a panic, which is when they had decided to take their chances and jump. This is all very bizarre as it is, but it gets even stranger still. 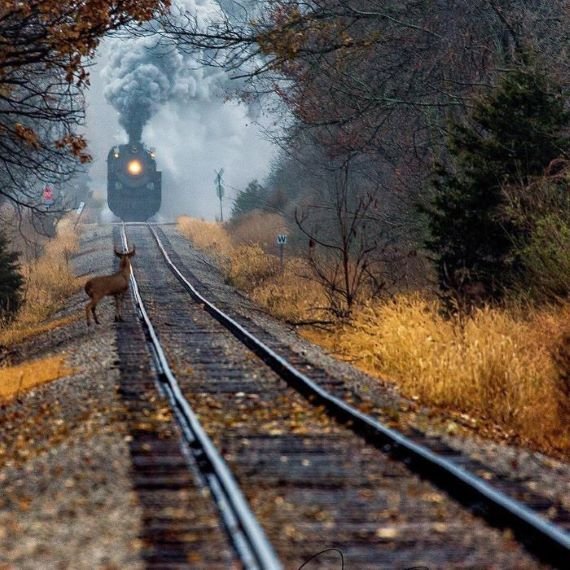 Apparently those looking for answers as to what had happened to the train have ended up turning up some odd accounts that seem to suggest that something outlandish was going on. One of these was a curious report from over 400 years previous, from a monk in Modena who wrote of having seen a large, metal tube with people in it dressed in strange clothes. Then, in Mexico in 1845 there was a report in which a psychiatrist wrote that his hospital had received a group of 104 Italians dressed in unusual clothing, all of them in a state of confusion and hysteria, who had claimed they were from Rome and had arrived on a train. One of these mysterious people apparently had a tobacco box engraved with the year 1907, supposedly still on display somewhere in Mexico. In 1955, an old fashioned, 3-car train was reportedly seen chugging along near Zavalichi, a small village in Ukraine, with a railway worker saying that the mysterious train had been completely silent and had hit several chickens. In that same year, the mystery train was seen again in the city of Pune, in the Indian State of Maharashtra, with witnesses explaining that they had seen passengers within wearing vintage old-fashioned clothing. In 1991 it was seen again at Poltava, in central Ukraine, and the train has also reportedly been seen in Russia, Germany, and Romania, often reported as not even being on tracks.

What is going on here? How could a whole train disappear and how could it turn up in all of these far-flung places up to many decades later and even in different time periods of the past? Was it stuck on some sort of time loop, untethering itself from our reality to go careening off through the boundaries of time and space? The most sensible explanation is that this is merely an urban legend, a sort of creepypasta, if you will. There is actually very little hard evidence to prove that any of this ever happened at all, and I have been unable to find any true historical documentation of this supposed vanishing train. Is this just an urban legend and fiction, or is there something more to it? Whatever the case may be, it is still a damn strange tale all the same.