The Councilwoman Who Was Cured of Cancer by Aliens

Do aliens sometimes come to us with benevolent intent? Lynne Plaskett has had quite a run of things. A former councilwoman of the Volusia County Council, as well as two terms as Vice Mayor for the city of New Smyrna Beach, Florida, she has had a successful career, considered to be an expert on planning and zoning issues and still very much involved with a number of community organizations including Habitat for Humanity, the Salvation Army, the Council on Aging, and the Department of the Interior. She seems like a bright, engaging and successful figure in her community, and she also just happens to have her share of inexplicable experiences, such as the time she claims aliens cured her of cancer.

In 1975, Plaskett went in for a routine physical examination at the doctor’s but came away with very grim news. She was told that she had carcinoma in her uterus and that she would likely require a hysterectomy. A biopsy was performed and it would turn out that this procedure would not be needed, but they also found that she had a rare T-cell lymphoma in her neck, and not only that, it was estimated she likely had only about three months to live, as the cancer had spread to invade her entire body. This was crushing news, as she had a son and family, and wasn’t sure how to break this news to them. At first she didn’t, instead just going home and crying inconsolably in her bedroom, which at that time was in Long Beach, California. However, it would turn out that she was not as alone in that room as she had first suspected.

As she sat there lost in her despondency and weeping uncontrollably, she allegedly heard a strange buzzing noise, which sounded mechanical in nature. Curious as to where this sound was coming from, she looked around the seemingly empty room and that was when she noticed a mist filling the area, as well as a small, disc shaped object. She would say of her bizarre experience:

I'm lying in bed, and I hear this electronic buzzing sound behind me like it's emanating from the wall.  The room filled up with a fog-like smoke.  I was levitated off my bed, and a disk-like object about 8 inches in diameter came in, hovered over me and passed three times down the length of my body but never touched me. It was almost as if it was examining me. I know it wasn't God. I know it wasn't of this Earth. It was alien in nature. Everything went back the way it was. The smoke cleared, I was back on my bed and I went to sleep. When I woke up the next morning I knew I was going to be all right. I knew I wasn't going to die.

She says that at first she didn’t remember anything after this, waking up in her bed the next morning without any memory of what had happened at all. According to her, she just assumed she had fell asleep as usual, and at the time she couldn’t even recall the strange fog or the mysterious disc. When she went to see her doctor for a check-up on the progress of her cancer, it was found to have decreased drastically, much to the shock of all present. The cancer would continue to dwindle in the coming months, until after four months it was in complete remission. The doctors couldn’t believe it, but extensive scans and work-ups all came to the conclusion that this woman, who had not been expected to live long at all, was now mysteriously cancer-free.

Plaskett at the time did not relate this to her strange encounter at her home, and indeed she didn’t even remember that at the time. It would not be until 1981 that the memory would come back, after watching a show on UFOs in which she heard the same distinct buzzing sound she had heard. This brought her memories racing back to the top of her mind, and she would find out later that her sister had actually come home at the time and heard the buzzing too, but had been too nervous about opening the door. Even after remembering what had happened, Plaskett would keep the experience to herself before deciding to come out with it on a segment of the “Maury Povich Show” in 1996, which also happened to coincide with a reelection campaign she was running for the Volusia County Council. Her alien claims made major headlines at the time, and ultimately costed her the reelection, although she would go on to win election to the New Smyrna Beach City Commission in 2003. 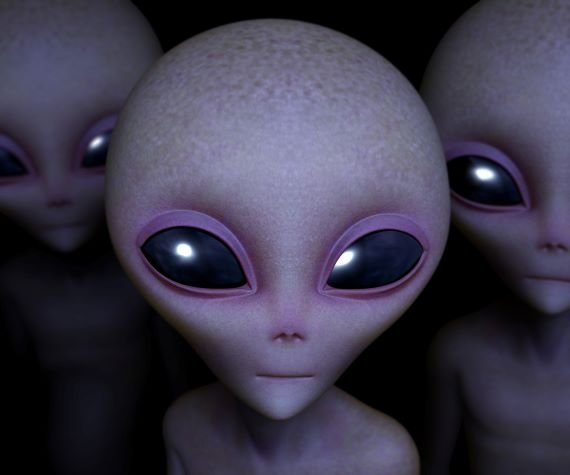 As to her story of aliens curing her of cancer, what are we to make of this? Was this some sort of misguided publicity stunt or is there anything to it all? Plaskett has given proof from medical records that she indeed was diagnosed with cancer in April of 1975, and in fact did experience a complete remission with four days, but this apparently happened after she had started chemotherapy, which perhaps takes some of the mysterious edge off of it all.  One skeptical oncologist by the name of Dr. Walter Durkin, has said of Plaskett’s remission:

Back then, we had reasonably good treatment for lymphoma. Lymphomas are very chemotherapeutically sensitive. Today, about 90 percent of lymphoma patients go into remission, and half are cured for good. Would a four-day turnaround seem unusual? No, Not at all. Cancer patients given little time to live often don't know how to explain it if when they suddenly get better. They often fill that gap in their understanding with "recollections" of miracles or strange encounters. What she should be doing is encouraging people to get treatment because her doctor is the one who cured her.

So what are we dealing with here? Was this woman cured of cancer by aliens, and if so, why? Is this merely a publicity stunt or the rantings of a delusional mind? Is there something we are perhaps missing here? One thing that can be agreed upon is that Plaskett is a well respected former politician and member of the community, so would there be any reason for her to make any of this up? Is there a chance that she is mistaking her normal remission from cancer as something more mysterious? whatever the case may be, it certainly is an intriguing case, which remains unresolved.

The Dogman: Looking at the Various Theories for What They Might Be