“The Masked Singer” Location May Be Haunted By Deceased Soldiers

The United Kingdom’s television series The Masked Singer was filmed at Bovingdon Airfield in Hemel Hempstead, England, and the location is rumored to be haunted by former soldiers.

Bovingdon Airfield was constructed between 1941 and 1942 and was home to the American Air Force from 1943 to 1963 before shutting down in 1972. The location is currently being used as a Saturday market in addition to having several television series and films being taped there.

The former Air Force base has been associated with paranormal activity and unexplained events such as people hearing the sounds of planes and even Morse code. Some have smelled bubblegum while others witnessed a mysterious thick mist. Several people have felt a ghostly entity while at the location and even dog walkers reported that a “presence” caused their pets to howl and attempt to run far away from the area. 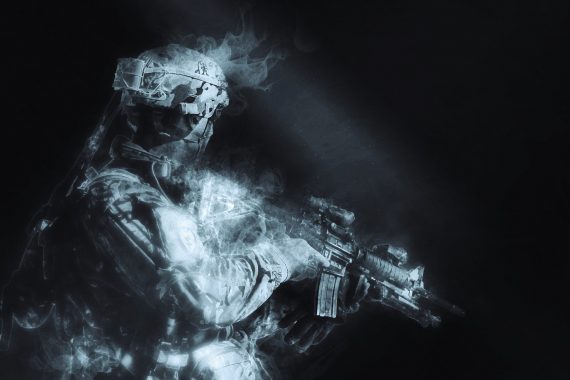 An insider from The Masked Singer stated, “Sausage and Badger aren’t the only unusual characters at the studio. It’s thought the site is haunted by US airmen.” “So many unusual incidents have been witnessed there.” “A lot of people involved in filming think it is haunted.”

The insider went on to say, “Most of the contestants who have been on The Masked Singer have had no idea about the history of the site or the claims it is haunted.” “Hopefully it won’t put any big names off taking part in the future.”

In fact, it is rumored to be so haunted that experts with the International Paranormal Society were brought in to investigate the location. But even with all of the alleged paranormal activity, the television series crew still plans on filming future seasons at the site.

Interestingly, this wasn’t the first time that paranormal activity has been reported while filming a television series. During the filming of Dancing on Ice, several people witnessed the unexplained mist with one source stating, “The mist has been seen by several people. They say it suddenly appears and is so thick you can’t see through it.” “One person is rumored to have seen it late at night on the runway.” “Some friends of his were waiting in a car six meters away and they said it followed him. It was engulfing him.” “In another incident, one driver saw another vehicle get engulfed in the mist.”

Bovingdon Airfield certainly seems to be one haunted location. If a ghost appears in a future season of The Masked Singer, don’t be surprised.

The Haunted St. James Hotel and its Evil Room 18