The Mysterious and Macabre Museum of Death

There are many museums in the world covering all manner of objects and artwork, and some of them can be described as rather dark and dangerous. One of these is what is now called The Museum of Death, which has its beginnings in 1995, when J. D. Healy and Catherine Shultz set up shop in San Diego, California, in what is claimed to have once been the city’s first mortuary and owned by Wyatt Earp. It was originally known as the controversial Rita Dean art gallery, becoming well known for its gruesome collection of death-related images and artwork. While the exhibits were often seen as being a bit too much for many people, the founders saw it as educational, teaching people about the harsh realities of death. To them this wasn’t all just for shock value, but rather a much needed push towards the awareness of death related issues and to make people more appreciate being alive. Scott Healy, J.D. Healy’s brother, would say of the thinking behind it at the time, “The reason the museum kind of started was the lack of education of death in our society, the taboo nature, and the inquisitiveness of it. We wanted to educate people.”

After some time, the owners began to expand the scope of their exhibit, writing to serial killers in prison in order to obtain artwork from them for display, and from there it evolved into a showcase for all things related to death. They began acquiring all manner of things such as letters from serial killers, murder weapons, body bags, undertaker's tools, mortuary equipment, embalming tools, autopsy videos, skeletons, shrunken heads, even taxidermy, among others, with one of their most infamous acquisitions at the time being a collection of memorabilia from the Heaven’s Gate cult. As the collection grew, the controversy surrounding them caused them to be evicted, after which they moved to Hollywood, California and expanded their operation even further, completely rebranding themselves as a museum rather than an art gallery. 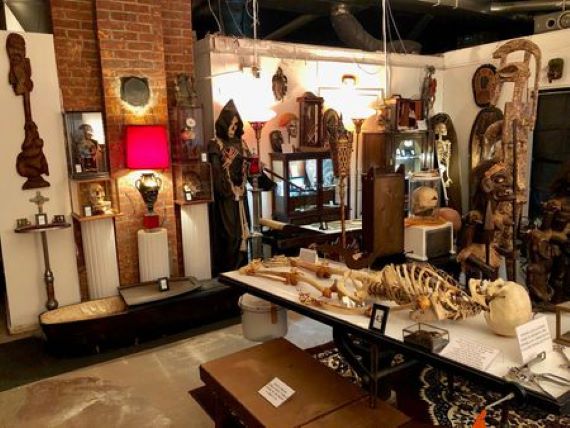 Once in Hollywood, the collection expanded more and more, with the owners getting donations from mortuaries, police auctions, collectors of the macabre, and even donations from the serial killers themselves. The collection is massive, with every inch of the modest low single-story building packed with an unbelievable hodgepodge of anything and everything related to serial killers, murder, and death. In addition to the autopsy and mortician instruments, coffins, human skulls and skeletons, replicas of execution devices, and numerous autopsy, car crash, and crime scene photos, including those from the Black Dahlia murder crime scene and the aftermath of the Charles Manson murders, there is so much more. There are letters and artwork from serial killers, including Jeffrey Dahmer, the “Unabomber” Ted Kaczynski, John Wayne Gacy, as well as the euthanasia device used by Dr. Jack Kevorkian, actual weapons that have been used in killings, and even the severed head of Henri Landru, a French serial killer who was nicknamed the Bluebeard of Gambais and who murdered at least seven women. There is also a section on suicide, including images from mass suicides such as Jonestown or the Heaven's Gate cult mass suicide of 1997, a “Death Theater” that shows real videos from autopsies, accidents, and murders, and a whole room full of taxidermy and various animals and body parts pickled in jars. The entire walk through the museum takes about 45 minutes, and don’t forget to hit the gift shop on the way out! Here you can find all manner of morbid souvenirs, including actual CDs of music by Charles Manson. 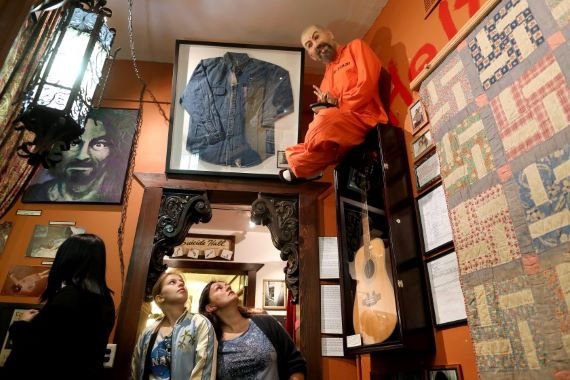 To the mentally unprepared, it said to be a breathtaking assault on the senses to walk these halls and be assailed from every angle by some of the most morbid and macabre imagery one can imagine, and it is all made even creepier as the building was once a recording studio with soundproofed walls, lending the whole claustrophobic setting an eerie silence. The museum tries to offset this discomfort by keeping the place brightly lit, providing cheerful service, playing music, and keeping the most stomach-churning, grotesque exhibits behind curtains with plenty of warnings to enter at your own risk. Despite its controversial nature, the Museum of Death has proved to be popular enough that another location was opened in New Orleans, Louisiana, in 2014, which has much more floor space than the Hollywood location. However, the museum is not for everyone, and reviews tend to be mixed, with some saying it is all just too disgusting and making a buck off of the shock factor, while others think it is too overcrowded and overpriced at $15 a person, while others still have more intellectual complaints about the museum, with one reviewer on the site Dark Tourism, saying of it:

While there is a certain over-emphasis and information overload on topics like serial killers, the museum is strangely lacking on other fronts. What is clearly missing, I thought, was something more on the scientific side of death; for instance: at what point can a body be declared dead – it's a complicated and controversial issue, after all. There could also have been more on the differences in cultures in dealing with death and varying funeral traditions. A bit more on sober aspects such as these could have made for a good counterbalance to all the gory and grotty curiosity-cabinet characteristics that dominate in this museum.

It seems like people either love it or hate it, which is probably to be expected with such an unorthodox and grim project. Is all of this too much, or is it an important educational experience? It certainly seems there is a market for this sort of dark tourism, as the museum has been very successful in pulling in seekers of the morbid, twisted, and macabre. If that is your cup of tea you will probably find something to enjoy and be enthralled with at the museum, and if it is not just head to Disneyland or something. Whatever one's preference might be, or what one may think of it, it is certainly a unique and rather notorious museum that has definitely made its mark, whether you like it or not.

The Stranger Side of the Most Famous Monster: Bigfoot